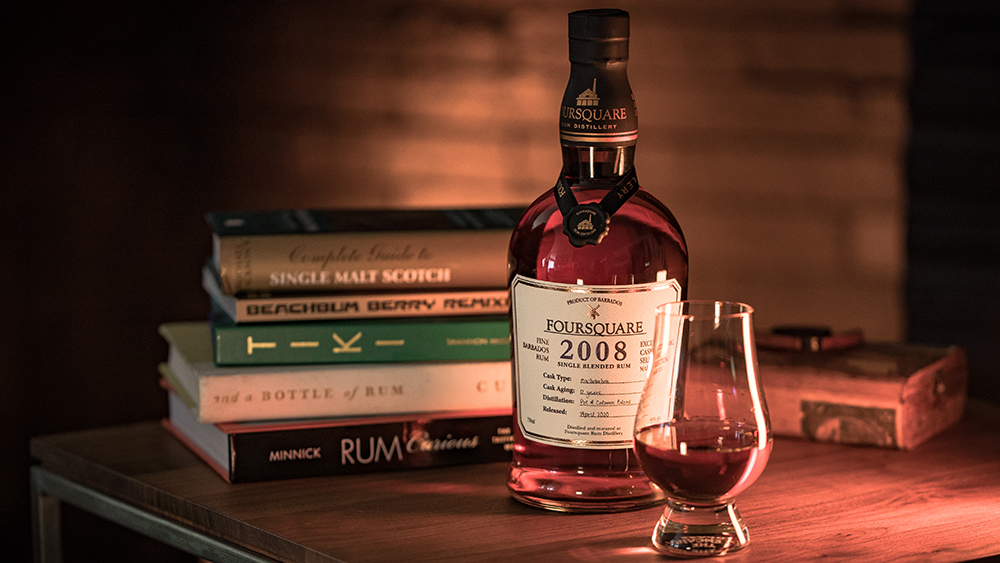 Time was, rum was thought of as a summer drink, a light, ephemeral spirit to add booze to your frozen cocktails and little else. But times, thankfully, have changed. Rum is now widely regarded as a sipping spirit to rival the world’s great whiskies and cognacs. What’s changed? Well, there are plenty of new and exciting distilleries coming on board all over the world. But more than that, it’s simply perception and awareness—the same distilleries that have been making great rum for decades or even centuries are now getting noticed by a lot more people.

So if you think that sweater weather means it’s time to put away the rum, think again. Here are 10 of the most exciting new expressions out this fall, ranging from Jamaican pot still to rhum agricole from Guadeloupe, and many spots in between. They’re all mixable, but most of them are intended to be sipped like the fine spirits they are (although we wouldn’t blame you if you wanted to see how they play in a daiquiri). One trait they all share is that, unlike many more popular brands, they don’t add sugar or any other additives after distillation; these rums are as pure as they are delicious. They’ll definitely warm you up on those chilly autumnal nights. And these ten are just the tip of the iceberg—or, possibly, the entrance to the rabbit hold—of the most exciting category in spirits right now. 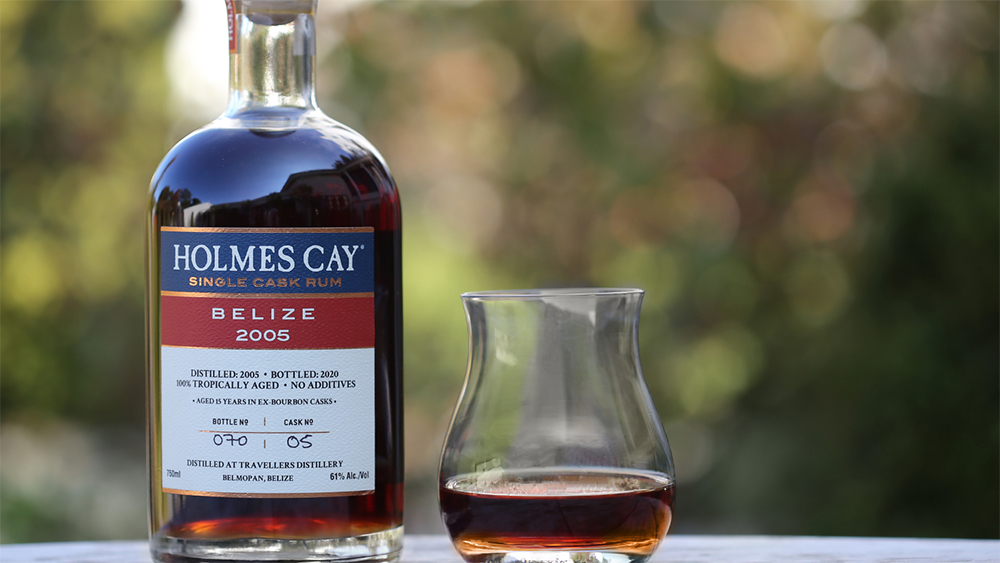 Holmes Cay’s mission is to search out the world’s best rums, one cask at a time and bottle them at full strength, with no additives, fancy barrel finishes,or anything else that would distract from the rum’s purity and quality. So far, it’s doing a bang-up job. It burst on the scene in 2019 with a 14 year old bottling from Barbados and followed it up this year with offerings from Fiji and Guyana. Now Holmes Cay hit Belize and its Travellers Liquor Distillery, for the country’s first ever tropically aged cask strength rum to be offered Stateside. Fifteen years in a barrel in the heat of Belize (a surprising amount of rum is aged in more temperate European warehouses, hence the “tropically aged” distinction) has given the rum a shockingly dark ruby-amber color. On the palate it’s intense as well, with notes of dark cherry, baking spices, stewed prunes and a hint of tobacco. For a rum matured entirely in ex-bourbon barrels, it’s got surprising sherry qualities, especially on the finish. It’s a fascinating rum that’s a top-of-the-line introduction for Belizean rum novices. 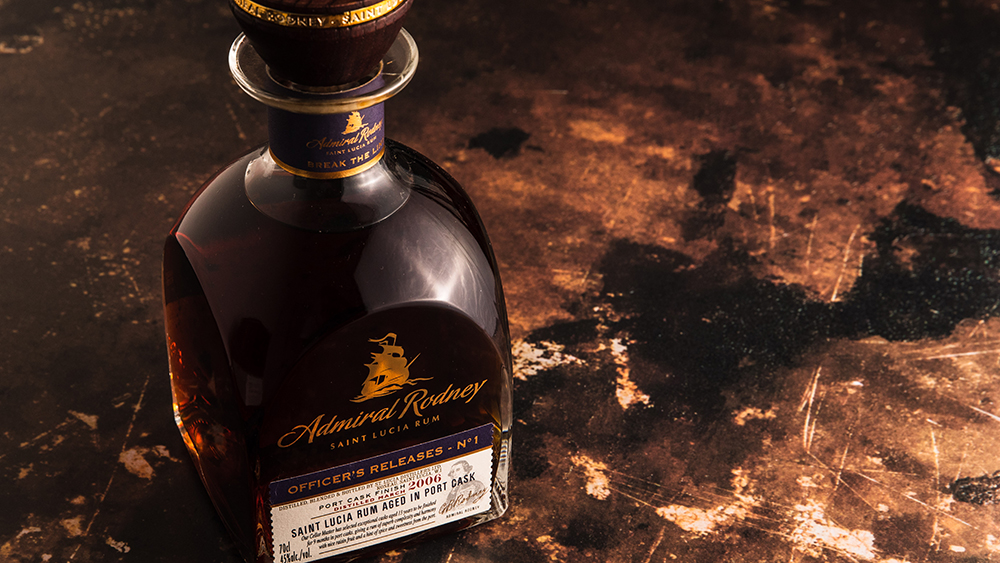 Connoisseurs generally prefer more flavorful and idiosyncratic pot still rums over their lighter and cleaner column-distilled counterparts. But St. Lucia-based Admiral Rodney is the exception to the rule, with column still rums that rival the best pot still expressions. Their latest, the first in what they promise will be an ongoing series of limited-edition Officer’s Releases, was distilled in 2006 and tropically aged in ex-bourbon barrels for 13 years before spending nine months in ex-port barrels. The port influence is subtle but noticeable, with oak, caramel and hints of tobacco giving way to a dark cherry sweetness. The finish is long, lingering and lovely, priming the palate for a follow-up sip. Only 4200 bottles are being released worldwide. 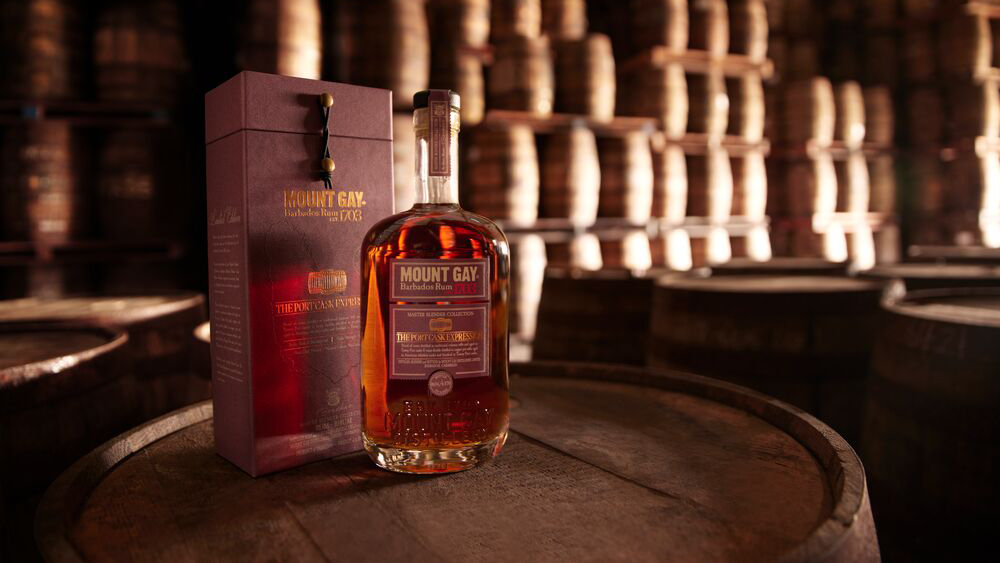 Based in Barbados, Mount Gay has been around since 1703, making it the oldest rum distillery in the world still in existence, as well as one of the most successful. Last year, Trudiann Branker became Barbados’ first female master rum blender and she hit the ground running, revamping the brand’s XO and Black Barrel expressions and continuing the Master Blender Collection started by her predecessor, Allan Smith. This limited edition, her second, is a blend of 5-year-old column distilled rum and a pot still rum aged for 14 years in ex-bourbon barrels and then another year in tawny port barrels, with the final product bottled at cask strength. The result is recognizably Mount Gay, with powerful vanilla, caramel and oak, complemented by the round fruitiness of the port on the back of the tongue. It’s a most elegant sipper despite the high proof and it raises hopes for more cask strength Mount Gay expressions. 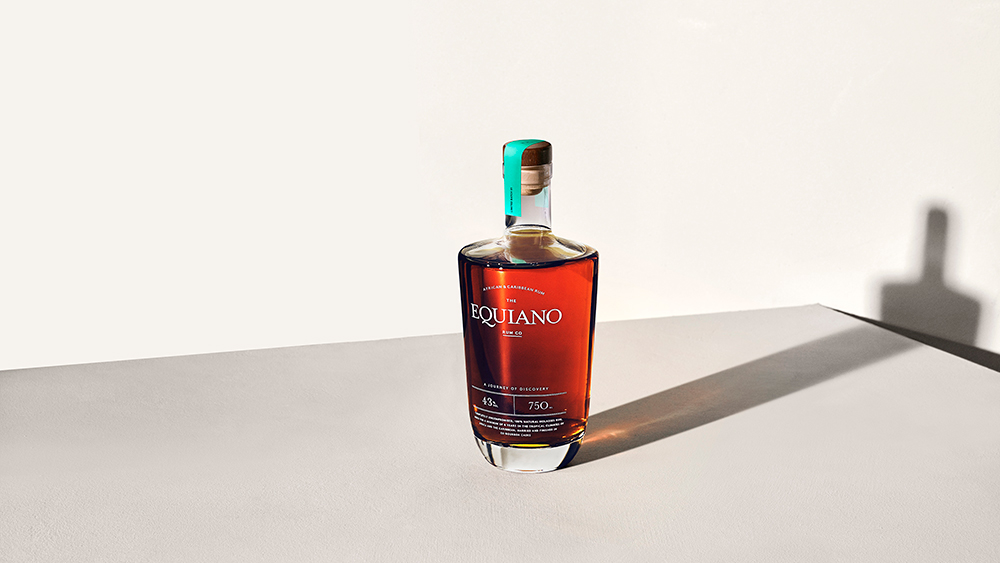 The world’s first African-Caribbean blended rum is also the first collaboration between Barbados’ Richard Seale, of Foursquare distillery fame and Ian Burrell, the global ambassador for the rum category, who really has earned the title (he actually set up a temporary rum shack in Antarctica). The Caribbean component is an 8-year-old blend of column and pot still rums from Foursquare, aged in ex-bourbon barrels. Burrell sourced the African component, a 10-year-old column-distilled rum from Grays Distillery in Mauritius—one of the few African nations producing rum—which is aged in French Limousin oak and ex-cognac casks. The finished blend shows its African influence up front, with sweet vanilla and a round fruitiness from the cognac casks; the Barbados component muscles its way in mid-palate with brown sugar, orange peel and dry oak. The combo is complex, but gentle and extremely sippable. The rum is named after the 18th century abolitionist Olaudah Equiano, who was enslaved in Africa and brought to Barbados, hence the connection.

Foursquare has been called “the Pappy [Van Winkle] of rum,” and the brand’s rapidly growing fanbase is just as passionate as Pappy’s. During the last decade, owner/distiller/blender Richard Seale has spearheaded the movement away from rum with sugar and artificial flavorings or colorings added after distillation, steering them towards “natural,” additive-free rums, including his own. The latest in Foursquare’s Exceptional Cask series is a blend of 12-year-old pot and column still rums aged in first-fill, second-fill and third-fill ex-bourbon barrels (each successive “fill” reduces the barrel’s influence). It has notes of red wine, dried fruit and dark chocolate, along with quite a bit of char and oak reminiscent of a fine old bourbon. This is a terrific rum for pairing with a cigar if you’re a smoker. Foursquare expressions aren’t as hard to find as a bottle of Pappy—not yet, anyway—but they don’t stick around forever, so it’s worth jumping on this limited edition. 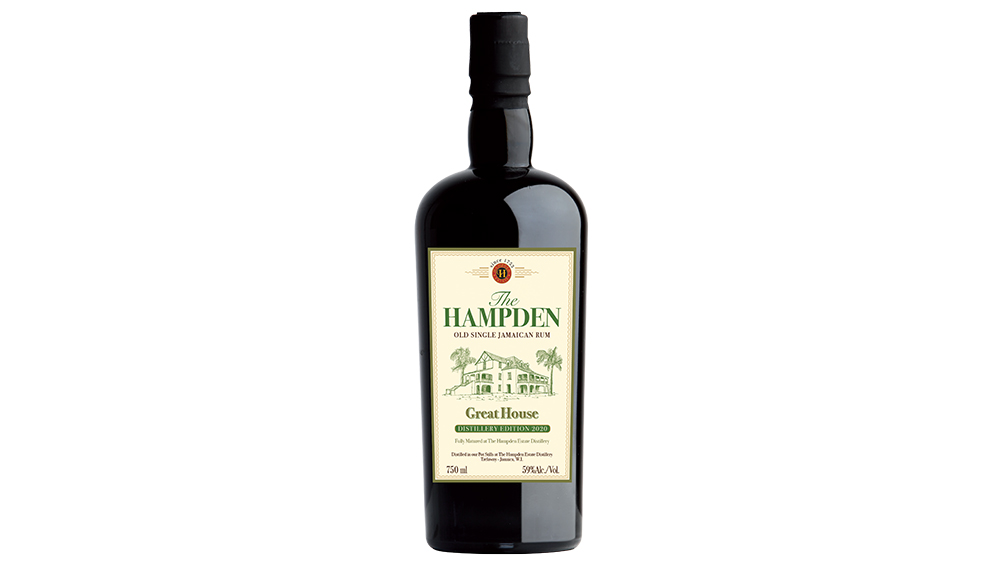 Photo: Courtesy of The Hampden

Appleton may be Jamaica’s most famous rum export, but hardcore aficionados search out the island’s heavy pot still expressions, famed for their earthy, vegetal funk, or “hogo,” as it’s known locally. The latest limited-edition release from Hampden, one of Jamaica’s oldest and most acclaimed distilleries, is a gorgeous example of funky Jamaican pot still rum.  It’s a combination of two distillates or “marques,” both at least 8 years old. One is very low ester (esters are the molecular chains which create flavor) and one is very high ester. The combination is lively and full, intense but not overwhelming. The gorgeous grassy and slightly vegetal nose leads to tropical fruit notes on the palate, mainly pineapple, along with a touch of smoke, a little fruity vinegar and a helping of dry oak. The finish is oak and funk all the way. It’s a distinctive, weird rum that’s not for everyone. But for more adventurous rummies, it will be love at first sip. 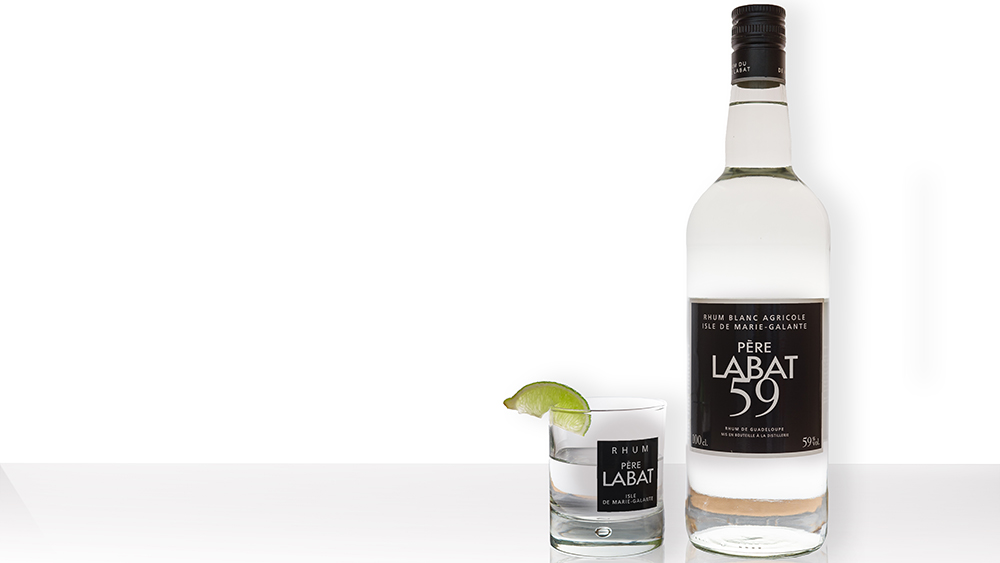 Distilled from cane juice rather than molasses, rhum agricole is a different beast from standard rum, with a distinctly grassy, vegetal flavor profile. Cane-based rum can be produced anywhere, but the best-known expressions come from the French Caribbean. Pere Labat is from Guadeloupe’s Distillerie Poisson, the oldest distillery on the island of Marie-Galante. The un-aged rum, distilled to the high-octane “local proof” at which the natives like to drink it, is powerfully vegetal on the nose but much less so on the palate, where it displays notes of vanilla and mint in addition to the classic agricole grassiness. It’s surprisingly easy to drink neat or on the rocks and makes for a great change of pace in a daiquiri. 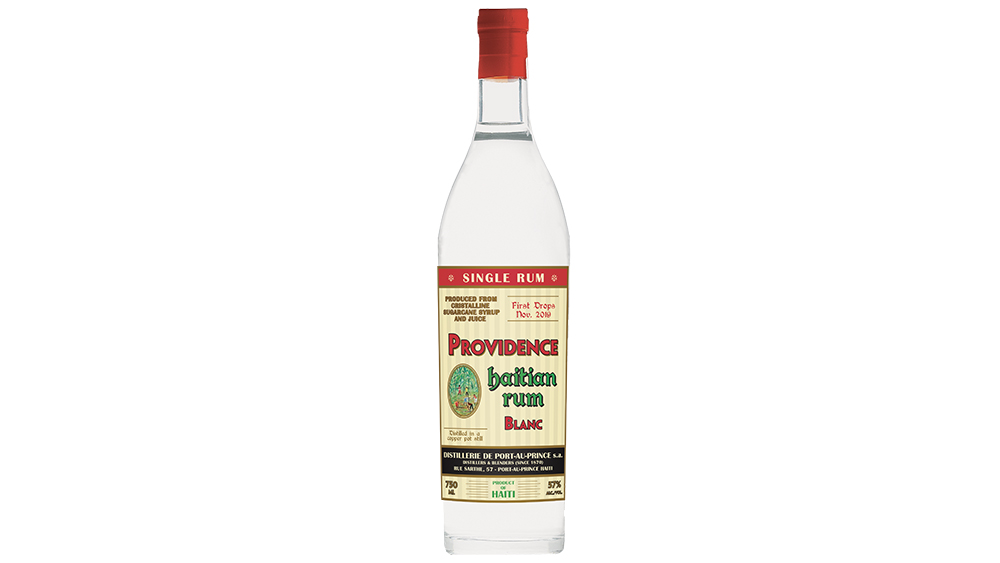 This is the debut from the new Distillerie de Port-au-Prince, a collaboration between La Maison & Velier, importer of some of the most sought-after rums in recent years and the Barbancourt-Linge family, direct descendants of the founder of Haiti’s best-known rum brand, Barbancourt. The rum is made from both cane juice (from which rhum agricole is distilled) and cane syrup, fermented and distilled separately, then blended and distilled a second time. If you think un-aged white rum is a light and somewhat neutral-flavored spirit, think again. This is powerful stuff—grassy and vegetal on the nose, funky with notes of coconut and citrus on the palate and a long, earthy finish. It makes a brilliant Ti’ Punch, which is a more rough-hewn sibling of the daiquiri; rum, a squeeze of lime (the lime disc then goes in the glass) and a splash of cane syrup, all swizzled together with or without ice. Savoring its complexity unadulterated is pretty swell, too. 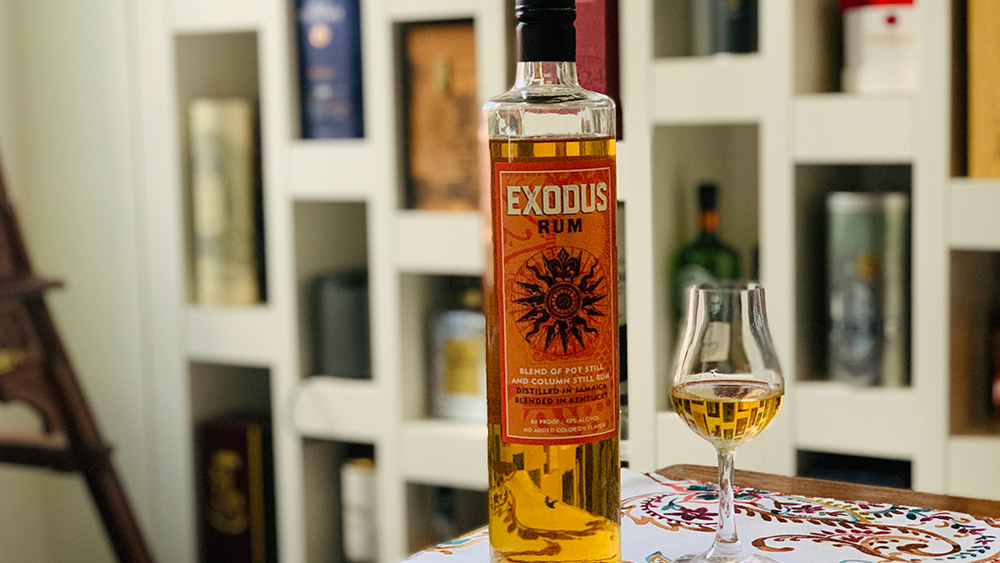 From the importers of The Funk, a heavy Jamaican pot still rum that lives up to its name, comes this unique follow-up. Proof & Wood Ventures blended light and heavy pot still and column still rums from Jamaica, aged them up to five years in ex-rye whiskey barrels and blended and bottled the finished product in Bardstown, Ky. Rye barrel finishes are quite rare for any spirit, including rum, because rye sales are a fraction of bourbon’s, meaning there are far fewer barrels to go around. The mellow kickoff brings notes of sweet vanilla, butterscotch and melon, while the spicy rye and funky pot still flavors hang back until the finish. The funk lingers long after the swallow, a reminder of where this stuff came from. At 42 percent ABV, it’s a tad light for mixing, though it makes a terrific rum Old Fashioned.