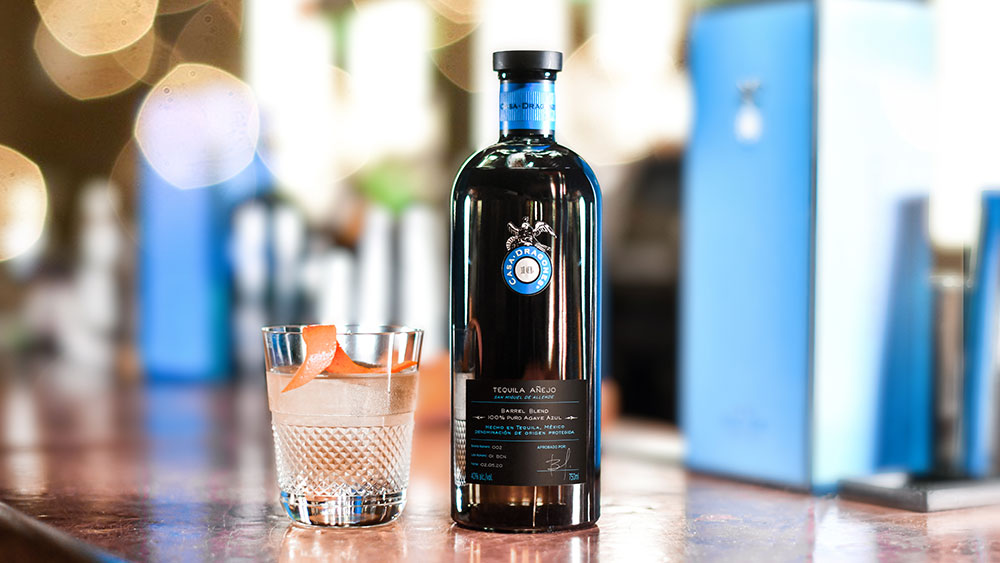 Some among us would consider tequila essential this year more than ever as we live through our “Life with Covid-19” reality show. At first, the Mexican government wasn’t among them, shutting down tequila production as a nonessential industry.

Fortunately, Enrique Alfaro, the Governor of Jalisco—where the majority of tequila brands are distilled—countermanded that ruling, declaring that tequila fábricas are indeed essential industries. He argued the harvesting and processing of Blue Weber agaves has a direct link with Mexico’s agricultural industry, which, in fact, had been declared essential by the government. And thus, the double distillation of this geographically protected spirit has been allowed to continue.

And that’s a good thing, because recently we have been enjoying some of the best tequilas ever poured on this side of the Rio Grande. So whether for mixing or sipping, here are our nine top choices for lifting a glass and shouting “Salud!” in a toast to better days ahead.

You can practically feel the elegance emanating from this handsomely bottled four-year-old amber tequila, which has spent its first three years maturing in American ex-bourbon barrels before receiving a robust final year in Oloroso Sherry casks. The result is a thick blanket of marzipan, molasses and honey linked with a thread of sweetness from the estate grown Highland agaves that have been harvested to make this elixir. Appropriately, each bottle is hand numbered and presented in a wooden gift box

Fans of this brand’s crystal clear Joven and Blanco—which include not only tequila connoisseurs, but mixologists and celebrity chefs—have a new reason to rejoice. Skipping over the reposado category entirely, Casa Dragones co-founder & CEO Bertha González Nieves (the first woman to be accredited as a maestra tequilera) has introduced a unique añejo that has been aged in two distinct barrel types: new French Oak sourced from five different forests, and new American Oak from Missouri and Pennsylvania. After being separately aged for more than a year in each of the two types of barrels, the French and American oak-aged tequilas are blended together in small batches. With its deep, woodsy and silky herbaceousness, this is tequila worthy of the finest snifter.

“Casa Dragones has another winner,” says multiple Michelin-starred chef Thomas Keller. “It is beautiful, and the body and color are extraordinary.”

Another new entry in what is becoming the fastest growing category within the tequila industry, 1800 Cristalino Añejo starts out with the distillery’s 1800 Añejo, which is aged for 16 months in both new American and French oak barrels before being blended together. This añejo is then finished in port wine casks for an additional six months—a technique unique to this brand. But then master distiller and head of production Alex Coronado transforms this amber liquid into a clear spirit through a filtering process that produces a smoother, colorless and much more complex tequila, with layers of caramel, vanilla and butter and an overall sweetness, making it well suited for crystal clear cocktails that taste much older than they look.

Although this under-the-radar tequila has been around for more than 60 years, the newest expression of this family-owned distillery may bring it into the spotlight, as it is one of the most unique tequilas in its category. Think of it as an extra-aged reposado, but with much more depth. First the tequila is aged for up to six years—easily qualifying it as an extra añejo—in a huge American oak barrel known as a pipon, which can hold well over 20,000 liters of liquid. However, since Mexican law states that extra añejo can only be aged in barrels of 600 liters or less, second generation master distiller Antonio Salles decided to call this newest creation Reposado Rare, with notes of honey and vanilla in the bouquet and with marzipan, sweet agave and oak on the palate.

You might not think of mixing Irish whiskey in with your glass of añejo, but Jose Cuervo’s Master Distiller, Alex Coronado, was intrigued by the similarities in textures between his double distilled tequilas and certain triple distilled Irish whiskeys. So he began experimenting with a number of different Bushmills’ whiskey casks before selecting second and third filled casks to add complex spice notes and mellow smoothness to Jose Cuervo’s añejo, which was then finished for up to four months in Bushmills’ single malt whiskey barrels.

RELATED: The 20 Best Tequilas You Can Buy Right Now

“The process results in an elegant and balanced añejo tequila,” Coronado says, “with primary notes of cooked agave, toasted nuts and vanilla from time spent in the oak barrels, followed by the taste of stewed figs, cinnamon baking spice and caramel. [It is] the marriage between two of the world’s oldest distilleries and crafts.”

OK, so you weren’t able to score a bottle of the highly coveted William LaRue Weller cask strength whiskey, which is always a much-in-demand part of Buffalo Trace’s annual Antique Bourbon Collection. After all, these limited editions sell out quickly, and often at hundreds of dollars more than their suggested retail prices of $99 each. But here’s your chance to obtain Corazón’s award winning añejo that has been aged for 15 months in barrels that had previously been used to mature William LaRue Weller bourbon. The result is a tequila with rich undertones of chocolate, intense vanilla, nut, eucalyptus and chamomile. Only 1,675 bottles of this specific bourbon barrel-aged tequila have been produced, but additional versions, aged in barrels that have previously been used for other whiskies in the Antique Bourbon Collection, will also be available, beginning in October 2020.

This is a tequila of many parts—five to be exact—as it is made from Blue Weber agaves harvested from all five of Mexico’s legally-protected designation of origin (DOT) states: Jalisco, Guanajuato, Michoacán, Nayarit, and Tamaulipas. Fittingly, Penta means “five” in Greek. In addition, the 14-month-old añejo has been aged in a combination of new and seasoned Hungarian, French and American oak barrels, which produces a rich and creamy tequila with multiple layers of vanilla, molasses, roasted brown sugar, cinnamon and nutmeg, with an undercurrent of vegetal sweetness from a preponderance of agaves from the Jalisco Highlands.

Be careful about walking into a liquor store or bar and asking for this ultra-luxurious tequila by its name, lest you be taken literally and in fact, be given some actual “bad stuff.” To be sure, this three-year-old buttery smooth and silky extra añejo is inappropriately named, with a sarcastic wink at the vagaries of colloquial slang. But when entrepreneur Darren Enenstein was given a glass of this artisanal nectar in Mexico, its overwhelming notes of caramelized agave, soft vanilla and butterscotch completely captured his palate. “This is bad stuff,” he proclaimed to his companions, meaning, of course, that it was spectacular. Double distilled, first in stainless alembics, then in a copper pot stills and aged in medium-toasted new French oak barrels, it should be reserved for the finest Baccarat snifter. Bad stuff, indeed!

Refreshingly spicy, this is one of the latest additions to the new “cristalino” tequila category, where an añejo—which normally possesses a light-to-medium golden color—is stripped of that characteristic hue. After distillation, Cazadores Añejo Cristalino is aged for a minimum of two years in small oak barrels, which allows the liquid to have more contact with the wood and achieve a smoother, more complex vanilla flavor. This tequila is then filtered through activated charcoal, which strips it of its color, while still maintaining the brand’s signature rich taste. What emerges is a transparent añejo with crisp notes of walnuts, apples and toasted wood.