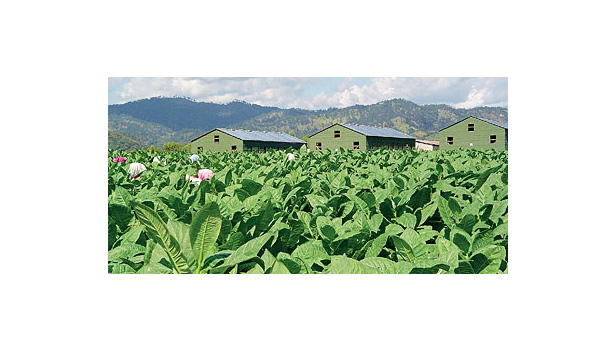 The Davidoff Aniversario Robusto 100 (800.232.8436, www.davidoff.com) was the third and final cigar that Davidoff produced in 2006 to commemorate the 100th anniversary of the late Zino Davidoff’s birth. The 5 x 50 robusto’s blend includes the same well-aged rare tobaccos found in the two limited-edition perfectos that Davidoff released earlier, the 6 3/4 x 50 Diademas Finas and the 9 1/8 x 55 Diademas 100. The silky wrapper emits a sweet, candied aroma. The Aniversario Robusto 100 is a creamy and mellow smoke with a beautiful ash. –Richard Carleton Hacker

When they ignited the Partagas 160 (800.526.4653, www.cigarworld.com), a couple of our panelists enjoyed the rare experience of smoking tobacco that was harvested before they were born. The 160 was created from a small cache of the 1977 Cameroon leaf that wrapped the legendary Partagas 150 from 1996. All of the panelists found that the rough appearance of the wrapper—a trait typical of Cameroon tobacco—belied this medium-bodied cigar’s captivating complexity and delightfully spicy tang. –Brent Butterworth

The H. Upmann Signature (866.731. 2822) is the product of a new company called Cuban Imports, to which H. Upmann owner Altadis USA has licensed the name. For our tasting, we chose Signatures wrapped in a dark Mexican maduro wrapper; the cigar also is available in a lighter natural wrapper. In describing the Signature maduro’s taste, several of our panelists used the words chocolaty and nutty—common descriptors of maduro flavor. Although the tobacco used in the Signature is obviously younger than the tobaccos found in most of our Best of the Best selections, our panelists considered the cigar an ideal after-dinner smoke, with a rich taste that no single-malt Scotch of our acquaintance could overpower. –Brent Butterworth

The Reyes family had been producing tobacco in the Dominican Republic for six generations before Augusto Reyes decided it was time to put his own name on the band. Of the three cigars he recently introduced, the red-banded Augusto Reyes Criollo (305.407.8376, (www.corporacioncigarexport.com) is our favorite. Its Ecuadoran-grown Connecticut-seed wrapper has a deep, sweet, buttery quality, and you can taste each of the many flavors in the multilayered Dominican filler. –Richard Carleton Hacker

The Camacho Liberty 2006 (800. 367.0782, www.camachocigars.com) represents something of an about-face for a brand that is known for its heavy-bodied smokes. This cigar’s Cameroon wrapper and medium-bodied filler tobaccos give it a lighter taste that did not intimidate our panelists the way that Camacho’s ultraheavy Coyolar Puro did in last year’s tasting. The presence of 1961 Cuban tobacco (grown before the trade embargo was imposed) in the Liberty’s filler adds to this cigar’s complex, mouth-filling flavor. The Liberty’s “pregnantoro” shape—a slight bulge in the cigar’s middle—caught the panelists’ eyes and seemed to cool the savory smoke stream. –Brent Butterworth

The Fonseca Cubano Limitado (800.272.5396, www.matasa.com) is a departure for the Dominican company known for mild-to-medium-strength cigars. The Cubano Limitado sports a wrapper that is unusually oily because of its long-term aging in Cuban-styled tercios—hardened palm fronds that encase the bales of tobacco so that they ferment in their natural juices. The Cubano Limitado emits a complex, heady spice, like thick, wet grass. –Richard Carleton Hacker

The Gurkha Beauty (305.593.2254, www.gurkhacigars.com) will appeal to smokers who prefer light taste but demand complex flavor. The Gurkha Beauty is the first light smoke from a brand that is known for heavier fare. The cigar’s floral nose and sweet taste prompted one of our panelists to liken it to “a gin martini wrapped in tobacco.” The Ecuadoran-grown Connecticut-seed wrapper lends a note of butterscotch. The Gurkha Beauty is easy on the palate yet grows more interesting with every puff. Its 58-ring-size girth provides a remarkably cool smoke and smooth draw, though some of our judges found the cigar uncomfortably large. –Brent Butterworth

The “RP” in RP Olde World Reserve (888.766.5387, www.rockypatel.com) stands for Rocky Patel, a lawyer turned cigar maker who has created what may be his finest blend. Patel calls it “a full-bodied cigar on steroids.” Indeed, the Olde World Reserve was the only cigar in our tasting that was described as “peppery.” The 5-year-old Costa Rican maduro wrapper plays well against the Nicaraguan filler and binder. Like early Colonial furniture, the flavor is rough-hewn yet civilized. –Richard Carleton Hacker

The Macanudo Vintage 2000 Cabinet Selection (800.526.4653, (www.cigarworld.com) is so extraordinarily smooth and exceptionally mellow that we doubt any smoker, no matter how inexperienced, would blanch at the taste. The Vintage 2000 is only the sixth Macanudo Vintage cigar produced since the line’s inception in 1979. Despite the cigar’s friendly demeanor, none of our panelists found the Vintage 2000 bland; intriguing, if subtle, notes of spice keep this cigar interesting down to the last inch. All of the panelists considered it a great choice for smoking during the day or before meals—even if that meal is breakfast. –Brent Butterworth