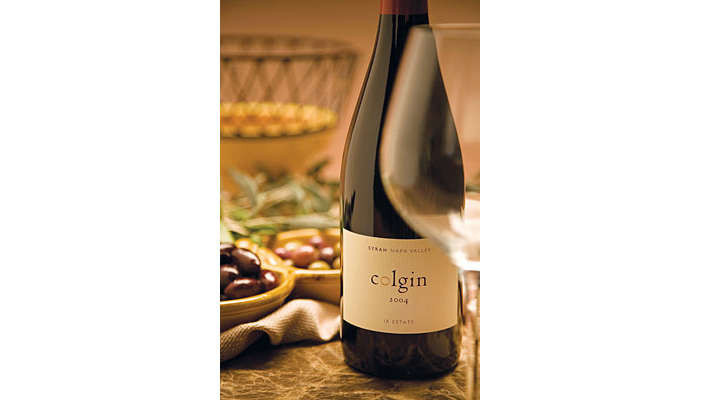 Wise souls have long instructed us that change is good. This salubrious dictum, however, has not always been embraced in the realm of fine wine, where centuries of tradition have burned into the imagination, like the cooper’s brand on a French Oak barrel, enduring images of Grand Cru vineyards and imposing châteaux, habit-clad monks whispering in torch-lit cellars, and barons on horseback presiding over their harvests. But the truth is that, although the art of making wine is as old as we are, like us, its productions are continually evolving, both in the cellar and in the glass. Wise winemakers tell us that wine is a living thing, and life is after all about experimentation.

Ann Colgin’s career, in a sense, has been a succession of successful experiments. Educated at Vanderbilt and New York universities before embarking on a career as a fine art and antiques expert for Sotheby’s, Colgin developed an interest in fine wine through that auction house’s wine department. Having ultimately made the decision to become a vintner, she founded Colgin Cellars in 1992, at a time when a number of small-production, boutique wineries, such as Harlan Estate, Araujo, and Bryant, were beginning to bud in Napa Valley. Over the course of the last decade and a half, Colgin Cellars, along with this handful of producers, has redefined premium winemaking in Napa, establishing standards for exacting vineyard management, severe fruit selection, and precise vinification that render faithfully the character of the vineyards and the region.

Given Napa Valley’s reputation for spectacular Cabernet Sauvignon, Colgin’s decision to focus on that particular varietal was a natural one. She contracted with grower Herb Lamb to buy grapes from his eponymous vineyard, for which the now legendary Colgin Herb Lamb Vineyard Cabernet Sauvignon is named. Colgin built upon this success with her first estate-grown wine, the Tychson Hill Vineyard Cabernet Sauvignon, which comes from a two-and-a-half-acre vineyard adjacent to the Victorian farmhouse that she shares with her husband, financier and vintner Joe Wender. She sources her Bordeaux blend, Cariad, from Madrona Ranch Vineyard, owned by vintner David Abreu, a Napa legend who manages not only the Tychson Hill property, but also Colgin’s IX Estate vineyard atop Pritchard Hill, where her state-of-the-art winery is located. In addition to Cabernet Sauvignon (which yields the superbly crafted IX Estate Cabernet), Colgin planted on this latter property a modest four acres of Côte-Rôtie and Hermitage clones of Syrah.

This departure from the label’s Cabernet focus was, in part, at the urging of her husband, an inveterate collector of grand Rhône wines; and some might say it was something of a leap of faith, given her clientele’s devotion to that signature Napa grape. But the result deliciously justifies this gamble. The 2004 Colgin IX Estate Syrah ($150) exhibits a deep indigo color that anticipates its concentration of complex aromas: sweet, moist tobacco and hints of cumin, black pepper, and spicy dry meat. The palate is gorged with blackberry, which gently dissolves into savory flavors of sage and smoked bacon, before finishing with a prolonged, mellow, earthy essence that leaves one satisfied yet wanting more. If wine is a living thing, then this varietal is indeed the spice of that life.