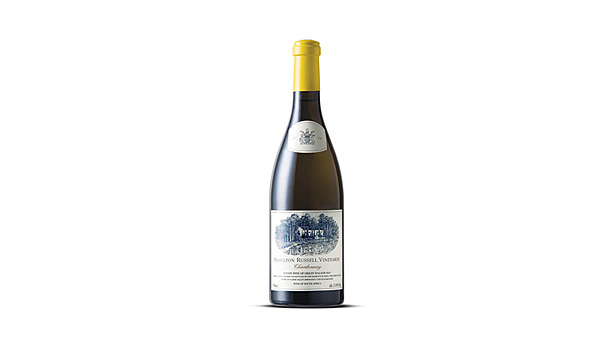 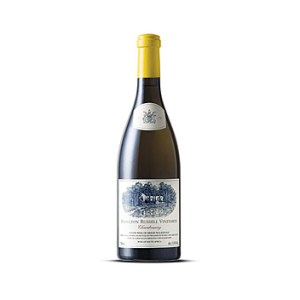 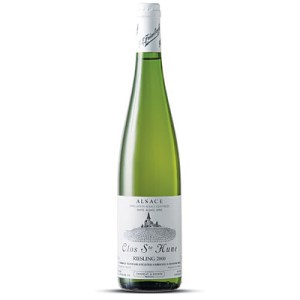 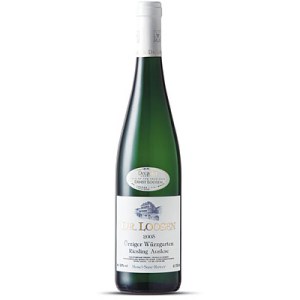 The Trimbach family has owned Clos Sainte-Hune in the Alsace region of France for more than 200 years, but the Trimbachs did not produce a single-vineyard wine from its yields until 1919. Today, the vineyard is the source of one of the world’s greatest Rieslings. Alsace regulations forbid the use of the Grand Cru designation for vineyards owned entirely by one firm, but Sainte-Hune’s status is unquestionable. The fortified church of Hunawihr overlooks the three-and-a-half-acre parcel, and it appears on the wine’s simple but striking label. Production rarely exceeds 600 cases. Dense and packed with mineral and spice, the luscious and supple Trimbach Clos Sainte-Hune Riesling 2000, Alsace (www.maison-trimbach.fr, $175) delivers concentrated peach and stone fruit flavors. This is a classic that will outlive us all.

Ernst Loosen took over his family’s estate in 1988 and transformed it into a bellwether of the Mosel-Saar-Ruwer. An archaeologist by training, not a doctor (his father was Dr. Loosen), Loosen nevertheless remedied many of the ills that plagued the property. He reduced crop yields, ceased all chemical fertilization, and revised the cellar practices. Dr. Loosen soon became synonymous with the best in contemporary German winemaking. With access to fruit from some of the premier red- and gray-slate vineyards along the twisty, high-banked river—including the superb Ürziger Würzgarten—Loosen offers polished and stylish yet thrilling modern Rieslings. The Dr. Loosen 2005 Ürziger Würzgarten Riesling Auslese, Mosel-Saar-Ruwer (www.drloosen.com, $40) explodes with apricot, honey, and racy lime, and has amazing depth.

When the venerable négociant firm of J. Moreau et Fils became part of the large Boisset portfolio in 1997, the Moreau family surrendered ownership of its vineyard in Chablis. Christian Moreau regained the land at the turn of this century, and since then, he and his son Fabien have created one of the region’s top domaines. The 50-plus-year-old vines give a complex mineral flavor to these wines. The Domaine Christian Moreau 2003 Chablis Grand Cru Les Clos (www.domainechristianmoreau.com, $73) shows lovely ripeness, firm acidity, great length, and rich floral notes.

Hamilton Russell is a Burgundian specialist whose white wine, first bottled in 1983, consistently has been rated the top Chardonnay in South Africa and among the best in the world. The Hamilton Russell Vineyards 2006 Chardonnay, Walker Bay (www.hamiltonrussellvineyards.com, $28) is no exception. The wine’s style is decidedly old-world, with the maritime mesoclimate and the low vigor of the stone and clay soils of Walker Bay lending a mineral character to this varietal. The oak component is judiciously controlled, and the fruit retains its bold acidity, giving the wine a pure, zesty style in the best Burgundian fashion. This wine is known for aging well, so it is advisable to purchase some for cellaring, as well as some for immediate enjoyment.