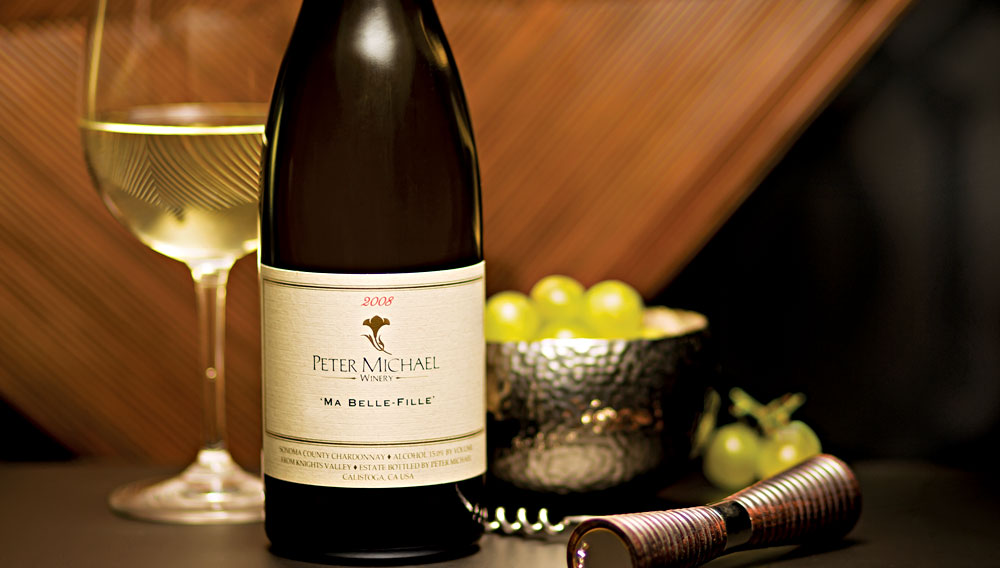 Though few acknowledge the fact, California vintners’ reputations tend to rest on their reds, which is perhaps why Sir Peter Michael, who has made a career of taking on challenges, launched his label with Chardonnay. The founder of Quantel, a manufacturer of digital special effects for TV and film, and Classic FM, one of the United Kingdom’s largest FM radio stations, cultivated a passion for fine wine during trips to France with his father as a young man; in the early 1970s, he considered indulging this interest by buying a vineyard in Burgundy or Bordeaux. But while dining in the San Francisco Bay Area during a business trip, he sampled a wine from a nearby producer and decided to consider vineyards in the area. He eventually looked at a property in the Knights Valley, whose steep western slopes, rocky volcanic soils, Pacific breezes, and sunlight persuaded him to—literally—plant roots there.

Although the Peter Michael Win­ery, which officially opened in 1983, has earned countless accolades for its superbly cerebral Bordeaux-style blends from the Les Pavots Vineyard, its first wines were Chardonnays made by Helen Turley. Today eight of the 14 wines made by the current winemaker, Nicolas Morlet, are white, and of these, six are Chardonnay. Point Rouge—a prestige cuvée culled from the most exceptional barrels of each vintage—represents the ne plus ultra of the estate’s white wines, but the vineyard-designate Chardonnays offer the label’s truest expression of terroir. In the 2008 vintage, none of these surpasses the Ma Belle-Fille Chardon­nay ($85), a scintillating achievement whose golden, stained-glass glow excites the eye before the first sip is taken. The wine fills the nose with the creamy scent of Asian pear and ripe fig, and the soft flavors of honeydew melon and vanilla ice cream gratify the palate before dissolving into a long, soothing mineral finish.