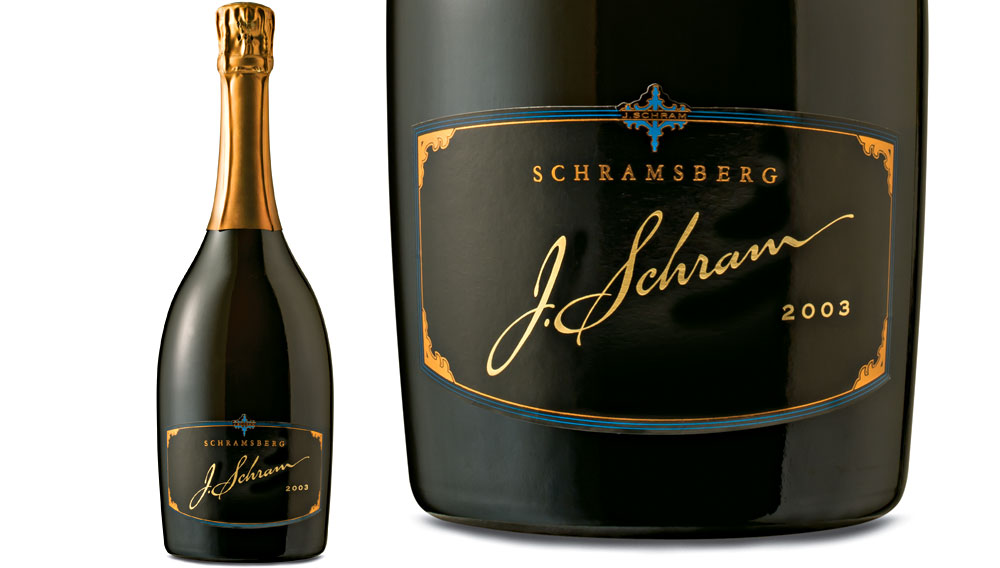 In 1862, German immigrant Jacob Schram bought a good-sized property outside the town of Calistoga, Calif., where he constructed an elaborate Victorian home, dug cellars, and planted Riesling—a ubiquitous grape in his homeland—as well as other varietals. With the onset of Prohibi­tion, Schramsberg, as his winery was known, ceased production, though the structure remained intact. The Davies family bought this landmark in 1965 and restored it to its original purpose. Today critics and enthusiasts recognize Schramsberg as the preeminent producer of California sparkling wines, and the Davieses continue to honor the history of their flagship estate with a special reserve sparkling wine named for its founder. The Schramsberg 2003 J. Schram (www.swww.schramsberg.comchramsberg.com, $100) is composed of 85 percent Chardonnay and 15 percent Pinot Noir. Freshly cut green-apple scents waft upward from the glass, as do aromas of lightly roasted nuts, while the wine’s gossamer texture caresses the tongue.