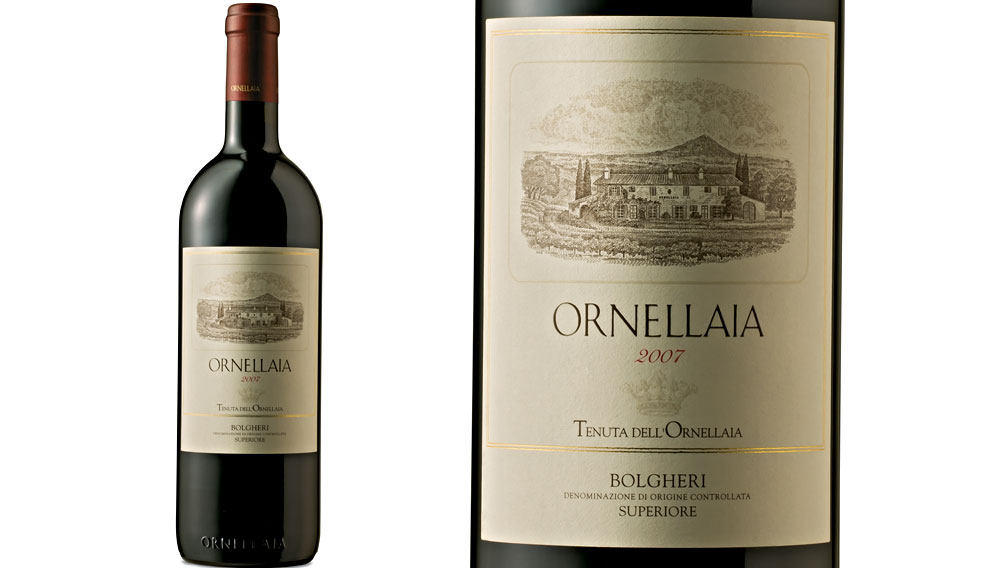 One of the happiest moments in Italian viticulture occurred when Mar­chese Mario Incisa della Rocchetta, an enthusiastic convert to the great wines of Bordeaux, decided to plant Bordelaise varietals at Tenuta San Guido, his property in Bolgheri, Italy. The eventual fruit of his labors was Sassicaia, one of the first Super Tuscans. In the early 1980s, Incisa della Rocchetta’s nephew Marchese Lodovico Antinori also decided to try his hand at making this style of wine, and thus began the story of Tenuta dell’Ornellaia. Now owned by Mar­chesi de’ Frescobaldi and operated under the supervision of winemaker Axel Heinz, the estate continues to deliver some of the world’s most brilliantly articulated red wines. The Tenuta dell’Ornellaia 2007 Ornellaia Bol­gheri Superiore (www.ornellaia.com, $200) offers the nose tantalizing scents of bittersweet chocolate and dark-roasted coffee and envelops the taste buds in essences of ripe blackberry, black currant, leather, and sweet bay leaf.