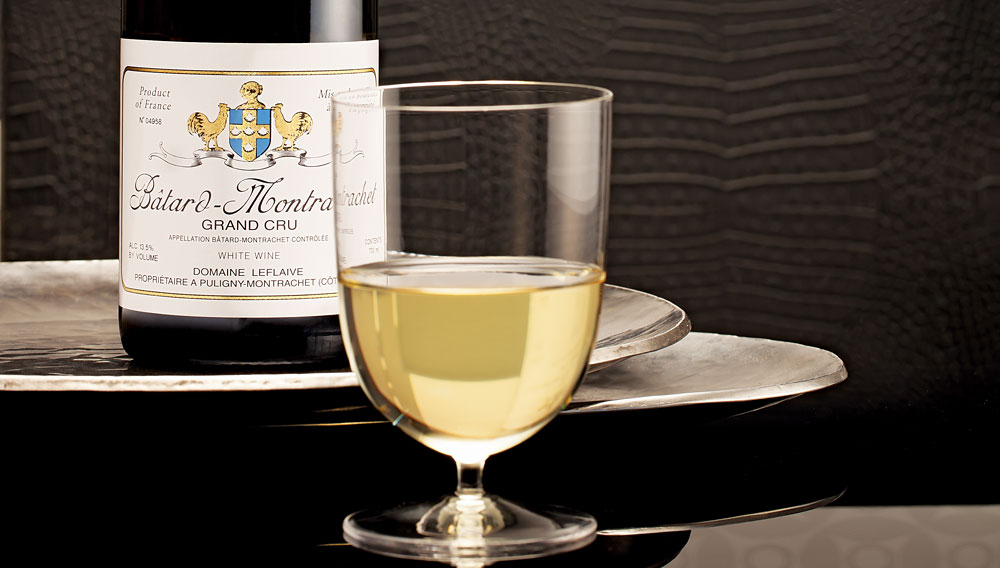 Though white wines of epic grace and beauty come from such regions as Alsace, the Rhône, Austria, Germany, California, and Oregon, nowhere does the Chardonnay grape develop the combination of sensuality and soulfulness that one finds in fruit from Burgundy’s Côte d’Or. Connoisseurs in particular associate the Côte de Beaune with white wines that merge opulence with unrivaled sophistication, and among the producers in that region, few rival the Leflaive family for consistently crafting Chardonnay that approaches perfection.

Though the family arrived in Bur­gundy in the late 16th century, the domaine traces its origins to Claude Leflaive, who purchased one of the domaine’s buildings in the town of Puligny in 1717. Claude also owned some 12 acres of vines in Puligny-Montrachet, and his descendants continued to cultivate vines into the 20th century. In 1905, Joseph Leflaive, an engineer by training, returned to the region and took an interest in the family’s vineyard properties, which had been badly damaged by phylloxera. After replanting the vineyards with new rootstock, he decided to bottle wines under his own name, rather than sell the harvest to négociants as the family had traditionally done.

In 1953, when Joseph’s four children—Vincent, Joseph-Régis, Anne, and Jeanne—inherited Domaine Leflaive, its holdings had expanded considerably. Vincent and Joseph-Régis put François Virot in charge of the vineyard management and winemaking, and during the next four decades, the domaine’s reputation flourished. Under the direction of Vincent’s daughter Anne-Claude, who took over in 1990, the domaine converted to biodynamic farming and has since emerged as one of the region’s benchmark producers of white wine.

The domaine now claims holdings in four grand crus—Le Montrachet, Chevalier-Montrachet, Bienvenues-Bâtard-Montrachet, and Bâtard-Montrachet—all of which yielded spectacular results in the 2009 vintage. Yet winemaker Eric Rémy worked particular wonders with the Domaine Leflaive 2009 Bâtard-Montrachet ($451), an immense white wine that, despite its monumental structure and powerful expressions of citrus and peach fruit, retains the delicate traces of granite, hazelnut, and tar that make these extraordinary white wines so piquant on the palate.