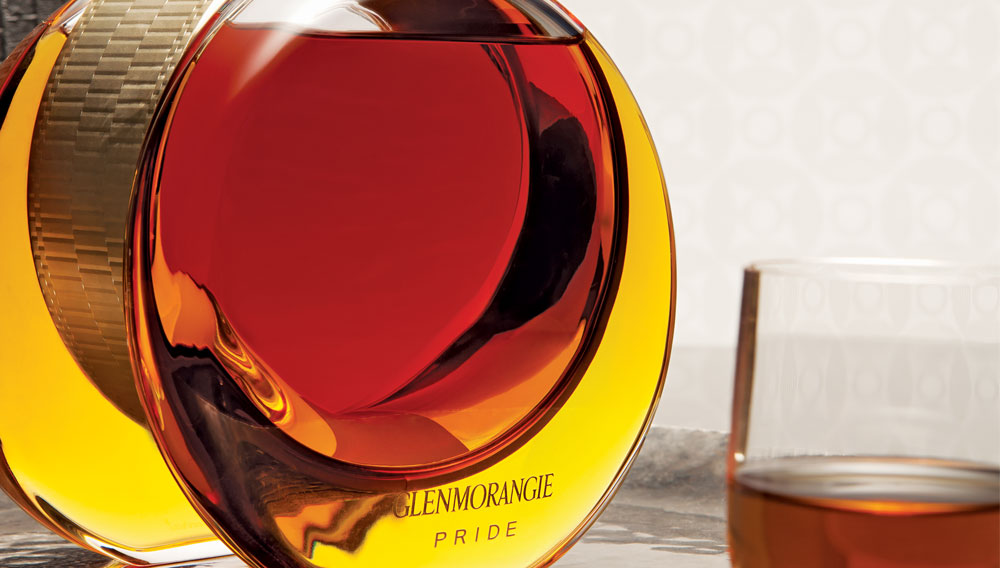 Typically, single-malt Scotch is aged in ex-bourbon barrels and used sherry casks. But in 1994, Glenmorangie—the best-selling single malt in Scotland—began releasing the results of experiments with additional aging in different barrels for already-matured single-malt whiskies to enhance their flavors. Under the direction of Bill Lumsden, Glenmorangie’s master distiller and head of whisky creation, a number of highly successful expressions have resulted. But this Highland distillery’s greatest achievement so far is Glenmorangie Pride 1981 ($3,600), whose name references the year this single malt was first put into ex-bourbon barrels.

During periodic sampling of cellared casks, Lumsden noticed that a small quantity of ex-bourbon barrels contained whiskies of exceptional complexity. He continued monitoring them until they reached 18 years of age. At that point, Lumsden surmised that the flavors apparent in the whiskies—silky vanilla, citrus, pineapple, coconut, and almonds—would complement the soft, delicate essences of Château d’Yquem.

He acquired six casks that had formerly held Château d’Yquem Sauternes and filled them with spirits aged in bourbon barrels. The Château d’Yquem barriques were then aged for an additional 10 years. By 2010, Lumsden determined, the whisky had reached its peak.

“I felt that if I left them in the barrels any longer, some of the spicy, resiny, tannic flavor from the French oak might start to overpower the delicacy of the whisky,” Lumsden says. “So that’s the reason Glenmorangie Pride 1981 is not a nice, round 30 years old. It is 28 years, nine months, 17 days, and eight hours old. That’s one of the risks you take when you’re aging whiskies like that—you’ve got to act when you think the timing is right.”

There was just enough whisky to fill 1,000 Baccarat crystal decanters by French designer Laurence Brabant, which were cradled in wooden chests by Dutch artisan Wouter Scheublin. Approximately 100 bottles have been allocated for the United States. Bottled at 113.4 percent cask strength and non-chill-filtered, Glenmorangie Pride 1981 is now thick and aromatic, brimming with creamy chocolate, toasted oak, and spices so complex that Lumsden does not even recommend adding water.

“It’s one of the more unusual whiskies I’ve created,” he says. We agree.