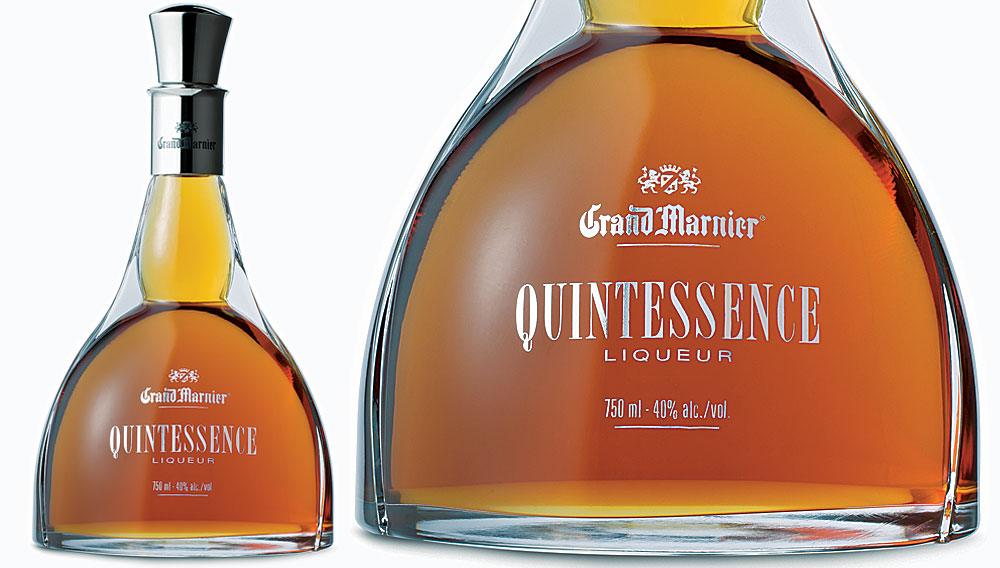 Not since the 1977 launch of the Cent-Cinquantenaire that celebrated Grand Marnier’s 150th anniversary has there been a liqueur from the Marnier Lapostolle family of such depth and thoroughly haunting flavor as the aptly named Grand Marnier Quintessence (www.grand-marnier.com, $800). Created by master blender Patrick Raguenaud, Quintessence is a limited edition of just 2,000 bottles, half of which will be sent to the United States. This resiny, citrus-laden copper-amber liqueur is a blending of 20 Grande Champagne eaux-de-vie, sourced partly from the Marnier Lapostolle Bourg Charente Castle paradise; their ages range from 25 to 100 years, and they include a number of 1906 and 1955 Grande Champagne Cognacs selected for this onetime offering. After blending, these Cognacs are distilled with macerated bitter-orange peels, whose intensity is enhanced by the family’s proprietary “double parfum” distillation. After being aged for one year in small French-oak casks, the 80-proof Quintessence takes on the taste of creamy spiced oranges, exotic fruits, and light oak. The bottle itself, rather than being handpainted like the Cent-Cinquantenaire, is a clean, crisp glass outline similar in shape to the Cordon Rouge bottle, which symbolizes the copper pot stills used in the creation of this magnificent digestif.