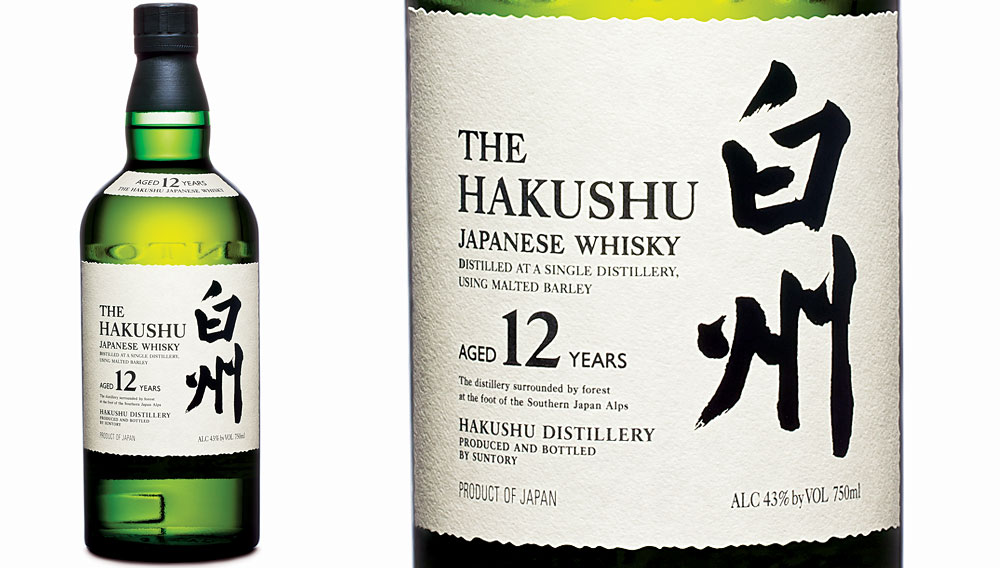 Japan is the second-largest producer of single-malt whiskey in the world; however, its whiskeys have only recently become known in America, primarily in the form of Suntory distillery’s Yamazaki 12- and 18-year-old single malts. But now Suntory has begun importing a third, slightly more delicate version, The Hakushu 12 Years Single Malt Whisky (www.suntory.com, $60), named after the location of its distillery in the foothills of the Yamanashi Mountains in the Southern Japanese Alps. The secret to the Haku­shu’s gentle mouthfeel and intertwined flavors of green apples, ground mustard, and mint lies in the distillery’s multiple sets of copper pot stills, the two varieties of oak used for the aging barrels (American and Spanish sherry), and the naturally filtered crystalline underground water—the last of which originally dictated the forest location of the distillery. Bottled at 86 proof, this single malt from the Land of the Rising Sun is crisp and slightly smoky.