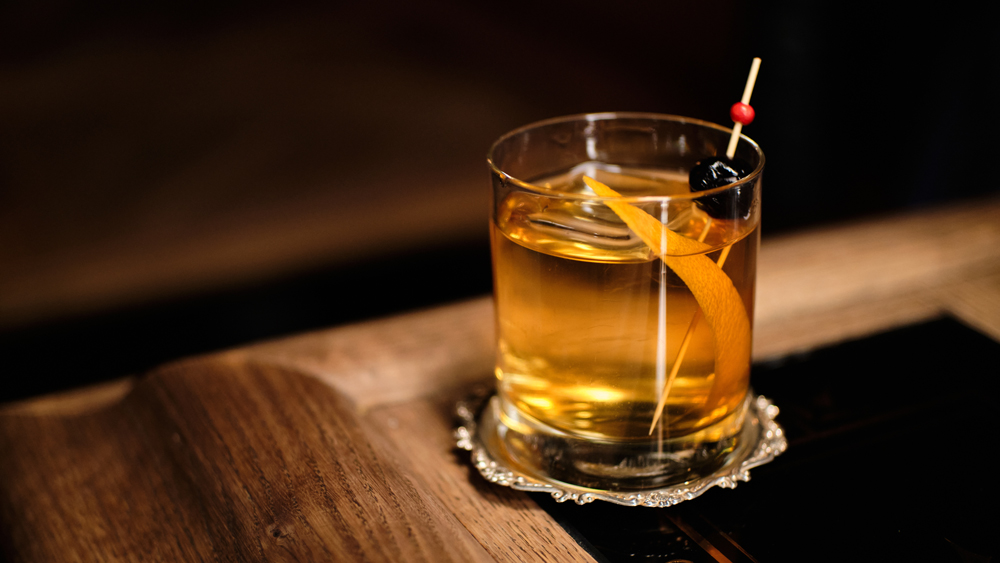 I remember the exact moment when I learned how to drink.

I don’t mean the first time I had a drink. I had tons of drinks before I really learned how. Throughout college I, in fact, showed incredible proficiency at downing Long Islands and Jägerbombs and beer so cheap they don’t sell it in supermarkets. But I actually learned how to drink in late October right after graduation, when my sister took me to a little cocktail bar in Cambridge, MA called Green Street Grill.

I settled onto a barstool and ordered a Jack & Coke. The bartender told me she didn’t have Jack Daniels. I asked what they had. She asked what I liked.

“I’ll just have a Jameson, neat,” I replied dismissively, almost boasting, still under the adolescent delusion that drinking whiskey without ice made me a cooler person.

Bartenders deal with this kind of chest-puffing nonsense all day long, and in hindsight, she treated me with a truly profound kindness: “Hey,” she said, “have you ever had an Old Fashioned?”

She grabbed a bottle of whiskey, a couple dashes of something, stirred it together and pushed it across the bar to me. The liquid was deeply amber, almost mahogany. I took a sip. My eyes shot back to her, eyebrows up, a look of surprise. She smiled. It was, simply, the best drink I had ever had. I didn’t realize alcohol could be this good. It was balanced and complex and profoundly adult, an entire order of magnitude better than anything I’d experienced before. It put a question in my head, a question that would ultimately change the course of my professional life: what is an Old Fashioned and why is it so good?

There is a tendency, when referring to the self-evident value of a trait, to call it “old fashioned.” Honesty, integrity, humility, that kind of thing. It’s frequently deployed by politicians or old people in television commercials, and suggests that the traits are somehow timeless and established, immune to the winds of favor, a core virtue to which you can always return. And the crucial thing to understand about the Old Fashioned cocktail is that its name wasn’t given so much as earned.

Today, the word “cocktail” means any kind of mixed drink, and could equally refer to a Sazerac or an Appletini, but there was a time when a “cock-tail” meant something specific. The first printed recipe appears in New York in 1806, and it is narrowly defined as “comprised of spirits of any kind, sugar, water and bitters.” That was a cocktail, those four ingredients. Anything else, tasty as it may be, wasn’t.

But over the next 75 years, people kept tweaking the cocktail, hanging ornaments on it. There was the “fancy cocktail,” with curacao. Then the “improved cocktail,” with maraschino liqueur and absinthe, and people started using pineapples and raspberry syrup and muddling in fruit slices—what would be referred to, later, as “the garbage”—so when a reference to “Old-Fashioned Cocktails” appears in print in The Chicago Tribune in 1880, it’s that someone wants a “cocktail” the way it used to be. The Old Fashioned way. Spirit, sugar, water and bitters. The only acceptable change from the original was subbing ice for water. Anything else was heresy.

What I didn’t understand back at Green Street in 2007 and what I do understand now is that I had just fallen in love—not with a classic cocktail, but the classic cocktail. The Old Fashioned is the original innovation, the patriarch, the foundation stone upon which the majority of classic cocktails are based. And the best part is that the formula works with almost anything. The spirit is the backbone, bitters add spice and depth and complexity, ice chills it down and loosens it all up and a touch of sugar files the sharp edges off. It’s like the four legs of a sturdy table, the type your great grandfather might have made, using methods that were by then already old fashioned, to ensure quality.

Assemble ingredients in a rocks glass, add ice (the bigger the better) and stir for 8 to 20 seconds. Smaller ice will need less stirring. Remove a thin piece of peel from a lemon (for rye) or orange (for bourbon), getting as little of the bitter white pith as possible; hold the peel between your fingers with the outside facing the top of the drink and pinch slightly to express the citrus oils over the top.

Bourbon or rye works equally well here. I slightly prefer rye, but mostly because I like to drink bourbon more on its own. One isn’t any more “correct” than the other, they both work great. Demerara or Turbinado syrup (made from less refined sugars) work slightly better than white sugar here, but don’t worry too much about it.

Same instructions as above, but garnish with a grapefruit peel.

The Oaxacan Old Fashioned was originally conceived as a mostly tequila drink with a little mezcal in it and that still works well, but if you have an affordable mixing mezcal around I prefer it this way. Also works with reposado or anejo tequila, or any combination thereof. No matter how you make it, this is one of my favorite variations, the robust smoke and deep spice fit gorgeously together. I do strongly recommend the Bitterman’s bitters here—it’s up to four times as expensive as some of their competitors, but it’s more than four times better, and one bottle lasts a while.

Same instructions as above, but garnish with a lemon peel.

An absolutely lovely drink, and a great example of the incredible versatility of the Old Fashioned template: You can plug almost any complementary flavors in there and the results will be pretty good at minimum. For gin here, use what you have—the high-proof London Dry ones like Beefeater and Tanqueray will have the evergreen-tinged icy purity of mountain air and the less intense New Western styles like Hendrick’s or Roku will be softer and more approachable. Honey needs to be mixed into a syrup 2:1 with hot water or else it’ll turn into a rock when it hits ice. And for lavender, Scrappy’s Lavender Bitters are what I’ve used and are great, but its competitors are probably good as well. Whatever you use, use sparingly. They’re intense.