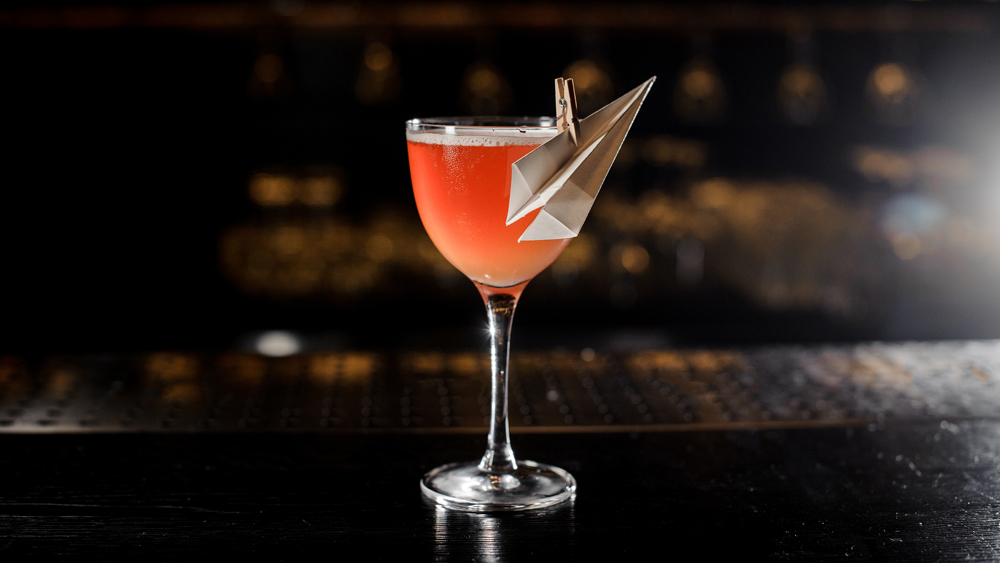 It’s not easy to invent a world-famous cocktail. For one thing, it’s a challenge just to do anything new at all—the classic cocktails as we know them were pretty thoroughly established by the end of the 19th century and certainly written by the time Prohibition canceled the whole show. As a trade, it’s a bit like cartography, which peaked in a similar era. When’s the last time they discovered an island?

Every now and then, though, a cocktail from the modern era achieves escape velocity and breaks through. Sometimes it’s old but rediscovered, as with the Last Word, and sometimes it’s just a good idea that no one had officially claimed yet, as with the Kentucky Buck. Sometimes, though, it breaks through on the sheer power of its creativity and simplicity and deliciousness, on the fact that it’s a crowd pleaser without being dull, that it’s a fast favorite of both amateurs and professionals, and that it might, quite simply, be the best cocktail invented in the last 100 years. And if it’s all those things, it means we’re talking about a Paper Plane.

Maybe you’ve heard of the Paper Plane. If you like bourbon and visit cocktail bars, you’ve probably already had one. It’s only 14 years old but the recipe has been memorized by pretty much every professional cocktail bartender on the planet. You’ll even see bars put it on their own menus from time to time, as a kind of homage. They don’t do this because the Paper Plane has good margins—it doesn’t, for a cocktail it’s incredibly expensive. They do it because it’s amazing.

The Paper Plane was invented in 2008. It was named for the M.I.A. song “Paper Planes,” which was playing a lot the summer that a bartender named Sam Ross was asked by a friend to create a drink for the opening of the Chicago neo-speakeasy, the Violet Hour. It’s often described as a variation of the Last Word, which conceptually is pretty right, though the two couldn’t taste more different. Like the Last Word, the Paper Plane is a spirit (bourbon), with citrus and not one but two liqueurs, both, in this case, Italian and bittersweet: Aperol and Amaro Nonino. But while drinking the Last Word feels like your palate dropped acid in a forest, the Paper Plane is more subtle and charming, like a whiskey & orange juice that grew up handsome, and for whom everything is going right.

People love this drink. The Paper Plane is one of those rare cocktails that seems to appeal to everyone—summer drinkers, winter drinkers, people who don’t like whiskey drinks, people who do like whiskey drinks, the whole thing. Even though it uses two Italian bittersweet liqueurs, it’s not particularly bitter or sweet. It’s herbal, but not overly so, and juicy while still being complex. Honestly, it tastes like an Orange Julius, if the Orange Julius got a gritty reboot from Christopher Nolan—there’s no orange or vanilla, and yet the cocktail sketches their outlines, tart up front, rising spice and vanilla from the bourbon and then the oak coming in to dry it all out, taking you back down through the orange juiciness of the liqueurs before ending as it begin, tart, with a mild grapefruit-like bitterness. It really is remarkable.

Beyond the flavor, the Paper Plane’s great strength is its simplicity. How many times have you read a modern cocktail recipe that requires a pickled gooseberry syrup before you can make it? I don’t care how good it tastes, no one is going to make your cocktail if it requires that you have to forage and toast your own pinecones. The Paper Plane, on the other hand, uses the same bottles everyone else has, it just uses them in a way no one else thought to. The recipe is simplicity itself, just equal parts of everything. There’s lots to pay attention to, but it’s also great to just absently sip. These are the little things that make the difference between a good cocktail and a famous one, and the kind of thing that offers hope that there may still be islands to be discovered.

Add all ingredients to a cocktail shaker with ice and shake for six to 10 seconds. Strain up into a coupe or cocktail glass. Garnish by hitting play on M.I.A.’s 2008 banger “Paper Planes.”

Bourbon: One of the charms of this drink is that it’s good with pretty much any bourbon. That said, it’s not like it doesn’t matter—the tone will change with different brands. A spicier, rye-forward bourbon like Old Forester or Wild Turkey is terrific and adds a layer of tension through the experience that isn’t necessary but is very cool—if you like bottlings like that, you’ll like them here. As the bourbon get sweeter and less rye-forward, the oak’s vanilla qualities begin to play a larger role and accentuate that Orange Julius thing, as with Four Roses Small Batch or the stalwart Buffalo Trace. And if you love the juicy orange flavors of the drink, go with a softer bourbon yet, like Maker’s Mark, that really gets out of the way and lets those notes sing.

Amaro Nonino: Like all great cocktails, the Paper Plane can absorb various insults and still be delicious. An example of this is in the Amaro Nonino, a grappa-based bittersweet liqueur that is both expensive (about $50) and semi-difficult to find.

Now—Amaro Nonino is absolutely necessary to make a Paper Plane. That being said, if all you can find is Amaro Montenegro or Amaro Meletti or Amer China-China, can you substitute it and make a delicious version? Yes, you can. It may only be good as opposed to great, but can still be worth your time to explore.

Aperol: A fun bit of trivia is that originally this drink called not for Aperol but for its big brother, the much more bitter Campari. I’ve heard people claim they prefer the Campari version, which as above is still pretty good, but in my opinion, Aperol is an order of magnitude better. It is, unlike the Amaro Nonino, inexpensive and available everywhere. It’s worth picking up a bottle for this cocktail alone.