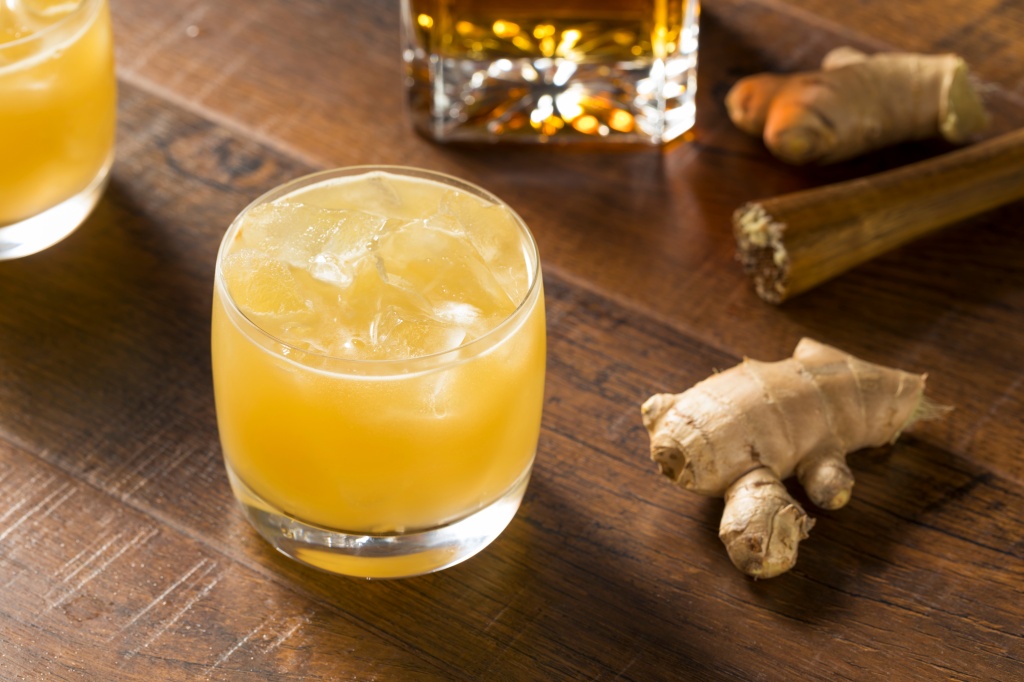 A few years ago, the scotch whiskey company Laphroaig came out with an unusual advertising campaign. On their face, the commercials were pretty standard, just regular people sipping the whiskey and offering their opinion of it. What made these unusual is that many of these opinions were, to put it gently, unkind.

“That first sip was like getting hit in the face with a warm shovel,” one man says, to his family’s amusement, “I didn’t like it at all.” Peat-smoked scotch is notoriously aggressive and medicinal, and these opinions, Laphroaig reminded us, were 100 percent unscripted. There are obviously compliments as well, Laphroiag lovers, as it were, but among them were other people wrinkling their nose and noting flavors like “iodine” and “formaldehyde” and, “it’s like taking the bathroom door of a dive bar, lighting it on fire, and dragging it through a field of wildflowers,” all of which pointing to the fact that peat-smoked scotch is a weird and wild spirit, and not for everyone.

This is a starting point for the Penicillin from New York bartender Sam Ross. As far as famous cocktails are concerned, I challenge you to find a less appealing name than “Penicillin,” and yet aside from perhaps the “Gold Rush” (from which this is derived) and the “Paper Plane” the Penicillin is the most successful cocktail invented in the current millennium. It flew under the radar for a few years, deployed locally in New York as a  “bartender’s choice” cocktail for those in the know, quietly gaining devotees until it reached critical mass. It wasn’t ordered by James Bond or featured on Oprah; it stretched around the world simply because everyone loved it. Today you can walk into any cocktail bar in the world and confidently order one, whether in New York or New Orleans or Naples or Nassau. The Penicillin, much like the antibiotic for which it is named, is everywhere.

To understand the Penicillin, let’s begin with a Gold Rush (bourbon, lemon, and honey) as Ross did in 2005 when he was toying around with it. First he replaced the bourbon with a mild blended scotch, which reduces the oaky punch and its commensurate sweetness. Good, but a bit too mild, he cut the honey in half and appended it with a ginger syrup, making a whiskey sour warm with honey and spicy with ginger—the kind of thing your grandma might recommend for everything from indigestion to cholera. And finally, the true genius move, he grabbed a bit of peaty scotch—the aforementioned smoky, medicinal, polarizing flavor—and layered just a bit on top, for aroma.

The reason this works so well—the reason Laphroig had so much success with their bizarre advertising experiment—is that there’s something inherently appealing about big aggressive flavors. People who like it tend to love it. If it’s not for everyone, well then, all the better. As those ads illustrated, if you like it, you’re in the club. If you can’t handle it, well, too bad for you.

The particular magic of the Penicillin is that it presents that flavor, but de-fangs it. Take a sip of something like Laphroig neat, and it’s an oily blast of smoke and salt and flavors like, as one woman says, “an elastic bandage.” However, position just a hint of that flavor next to something equally loud like ginger, and something soothing like honey, with a broad backbone of mild scotch and the brightness of fresh lemon, and it becomes a caged tiger, still wild but made accessible to more or less everyone. It’s a way to flirt with disaster but stay safe, so you can say things like “it’s like if you liquified an ashtray” or “it’s like being slapped in the face with a smoked fish,” but mean it, you know, in a good way.

Add blended scotch, lemon juice and ginger/honey syrup to a cocktail shaker with ice, and shake for six to eight seconds. Strain over fresh ice into a rocks glass, gently drizzle the smoky scotch across the top, and garnish with something aromatically neutral like a ginger candy or else nothing at all.

Blended Scotch: Your options here are broad. “Blended” in this case means a scotch that’s a blend of malt whiskey (rich and full-flavored) and grain whiskey (light and mild), designed to be smooth and accessible. The happy news here is that blends are plentiful and often inexpensive—my favorite these days is the Great King Street: Artist’s Blend, from Compass Box, but for Penicillins the blended scotch is less important. Famous Grouse, Scottish Glory, Dewars, Chivas—they all work, as would a mild 100 percent malt whiskey like Monkey Shoulder.

Smoky Scotch: Ross used the Compass Box Peat Monster back in 2005, which still works great. Most of us use the Laphroaig 10 year, as it’s every inch the beast you want it to be, while being much less expensive. Also great would be bottlings from Ardbeg, Bowmore, Lagavulin, Bruichladdich, and others. It’s only a quarter ounce, so I try not to get too prescriptive about specific bottlings—just make sure it’s big and smoky.

Ginger/Honey Syrup: There’s a bunch of ways to make a ginger honey syrup. Here are four, in the order which I prefer them, which also happens to be from spiciest to least spicy.

The only other thing I’ll say is that as the methods get a little inexact, so does the quotient of sweetness, so you may need to adjust the recipe of the final cocktail to make sure it’s sweet/tart balanced.

Variations: This idea of a mild base spirit spiked with its dangerous cousin is a fruitful one, and worthy of experiment. The Penicillin #2 is the same but with tequila as a base and a mezcal float. You can do this with vodka and pisco, gin and aquavit—anything light spiked with anything intense. Ginger, honey and lemon go with pretty much everything.