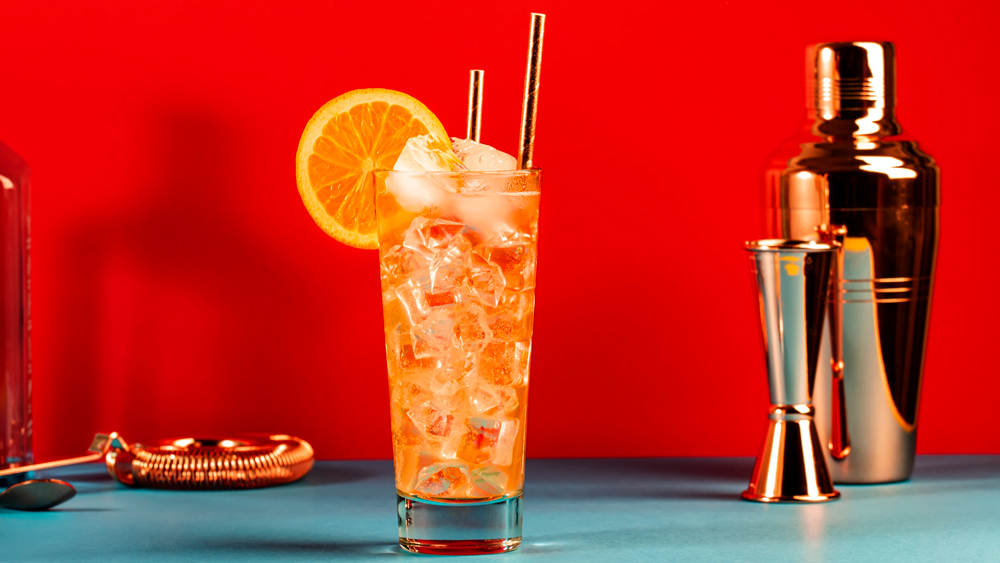 The Rome with a View was invented by Michael McIllroy at Milk & Honey in New York City, in 2008. Milk & Honey was one of the first neo-speakeasies in the modern age, specializing in classic cocktails and subtle tweaks thereof. The Rome with a View is one of these—a Tom Collins, essentially, but with Campari and dry vermouth instead of gin, and lime instead of lemon. Milk & Honey also, importantly, didn’t have a printed cocktail menu. Instead, you’d have a conversation with the bartender about what you liked and were interested in, and the bartender would comb his or her mental rolodex to make something bespoke for you.

If you’ve never heard of Campari and dry vermouth being the base of a cocktail, it’s because no one else has, either; if you saw the drink on a menu, you’d read the ingredients three times trying to find what it’s made from. Not only is this base a unique and somewhat bizarre choice, but it shoves the Rome with a View into the doomed “low-ABV” uncanny valley of cocktails, the kinds of drinks that trend writers have championed as the “next big thing” every year since 2014 but never seems to catch on with the wider public.

There are a couple recurring problems with low-ABV cocktails, and the Rome with a View solves all of them. The first is that they tend to be thin and flat—not so with Campari forming part of the base, whose bitterness offers a satisfying depth. They also tend to be unappealing, or at least sound unappealing. Dry vermouth doesn’t have many champions, and sherry remains niche among the sub-80 crowd. Would the Rome with a View have been so successful if it were printed on a cocktail menu? Almost certainly not. Many if not most people will avoid the low-proof section of a drinks menu as they do the low-calorie section of a fast-food menu. For most people, that’s just not why you’re here.

But what if you don’t have a menu? What if your whole business model is to ask your guests to trust you, and give them something so delicious that they don’t care what it’s made from? If so, they’d discover that the Rome with a View is a delightful and devastatingly tasty little cooler—the vermouth offers herbaceous and floral top-notes complementing the Campari’s deep robust bitterness, the tart-edged citrus makes it refreshing, and the soda water stretches it all out, putting room between the flavors so to better enjoy the complexity. It’s a simple drink that doesn’t taste simple, a low-ABV drink that doesn’t taste low-ABV, a bitter drink that isn’t all too bitter. Try it and see.

Rome with a View

Add all ingredients except for soda water to a cocktail shaker and shake on ice for 10 seconds. Strain into a tall glass over fresh ice, and top with 2 to 3 ounces of soda water. Garnish with an orange slice or peel.

Campari: If you really don’t like bitterness you can try this with Aperol, which is much less bitter, and with which this cocktail still tastes good. Note, though, without the booming bitter base drum of Campari, it does start to suffer from the aforementioned thinness.

Dry Vermouth: McIllroy I believe used Dolin, which is my favorite go-to for all things dry vermouth. I wouldn’t go leaner than that—Martini & Rossi or Noilly Prat are too soft, and you want something with a bit of personality. That said, feel free to get bolder: Mancini Secco is fantastic here, as is the new Cocchi Extra Dry.

Lime/Lemon: This drink is clearly with lime juice, and a few people will go on record saying that the malic tart finish of lime (as opposed to lemon) is important for the enjoyment of this drink. I respectfully disagree. I’ve reprinted the lime thing above because that’s how it was invented and I like it plenty with lime, but if I’m making them for myself, I’m using lemon juice, which allows the bitter finish of Campari to proceed untainted by a tart citrus finish. It’s not all so important, though. Use whatever you’ve got.

Simple Syrup: Literally the simplest syrup. Equal parts sugar and water and stir until the the sugar dissolves. Store in the fridge.