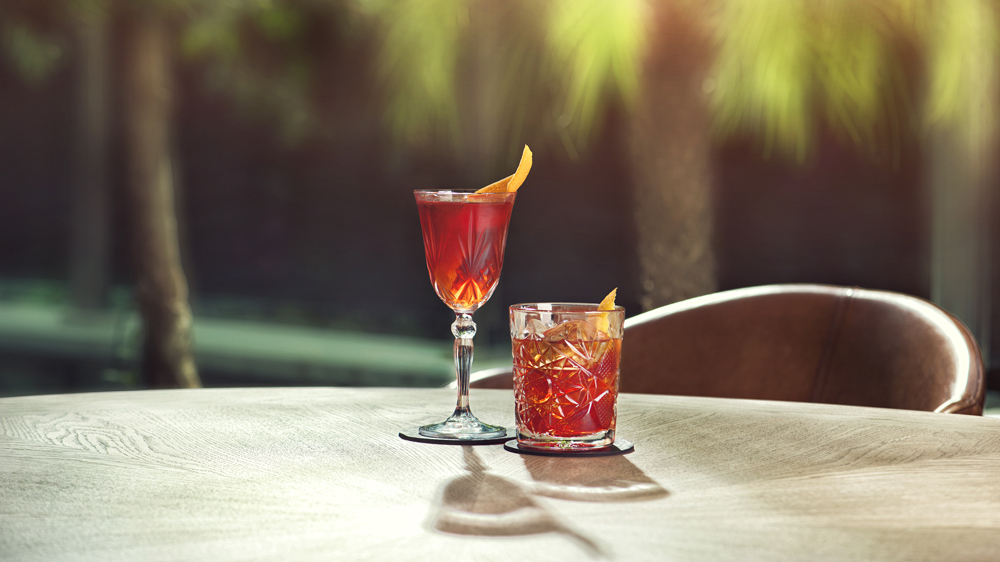 History is full of inventions that were lost, or nearly lost, to time. Damascus steel, Greek fire Roman concrete, the list goes on and on. It’s rare for a civilization to lose knowledge in this way, but it happens. What’s rarer still is for an invention to be lost or forgotten by the very person who invented it, but to be fair, not all inventors drink as heavily as we bartenders tend to.

In 2005, bartender, cocktail author, mixology celebrity and all-around eccentric Gary “Gaz” Regan was introduced by a friend to a charming little Negroni variation called a Rosita—tequila, sweet vermouth and Campari, with a spot of dry vermouth and a dash of bitters. Regan loved it, and asked where the drink came from, to which the friend responded he had learned it from the writer Terry Sullivan, from a GQ article in 1999. Regan called Sullivan (they were old friends) and asked after the origins, and Sullivan ultimately reported to Regan that he learned it from none other than Gary Regan himself, and from Regan’s book The Bartender’s Bible: 1001 Mixed Drinks, which he had published some 15 years earlier.

There’s a lot to focus on here. The amusing story of forgetfulness; the idea that 1001 is too many cocktails to write about in one sitting (the Rosita is #461, between #460 The Red Face and #462 Scottie Was Beamed Up); the empowering notion that sometimes, the thing we’re really searching for is ourselves. But mostly, I take from the tale that the Rosita is such a tasty drink that it impressed him twice.

It is sometimes suggested that the Rosita is an alternative to a Margarita, but experientially that’s not right at all. While it is surprisingly good for warm weather, the Rosita is much more seductive and complex, much better for an aperitif before a romantic dinner. Modern recipes bring the Campari down so it’s not quite so dominant as it would be in a Negroni, leaving the cocktail full-flavored but more lithe, and evoking Dan Savage’s recommendations on the proper order of things on Valentine’s Day. That’s the great strength of the Rosita, its ability to be both sumptuous and lean: The reposado tequila is given a kiss of richness from its brief slumber in oak barrels, which here offers plush and vanilla-tinged flavors that nuzzle the bittersweet orange of the Campari, with a racy little dash of bitters spicing it up and the herbaceousness of the vermouth drying it out.

As it turns out, Regan didn’t invent the Rosita, not really. He wrote an article in 2007 detailing the above story, charmingly admitting this mild embarrassment and publishing the recipe for the second time. He reports that he had found it in a 1988 printing of Mr. Boston Official Bartender Guide, and any further pedigree is unknown. Regan, however, is the one who popularized it (twice!), and who upped the proportion of tequila and added a single dash of bitters, a bit of workshopping that he must’ve originally done for his book, and then did again nearly two decades later.

Recounting this story, and that the Rosita was a “beautiful cocktail” that he had found and lost and found again, he wrote, as if admiring the Pantheon or hearing a Stradivarius, “Wonders never cease.”

Tequila: You’ll see recipes calling for blanco or reposado tequila. Blanco isn’t bad, but for me, you need a little age on the tequila—the oak flavors meet the spice in the bitters, and the vanilla flavors meet the orange richness from the Campari. Too much age is predictably too much, and weighs down the drink. I suspect pretty much any reposado you enjoy you’ll also enjoy here, but my personal favorite for cocktail work (that’s also nationally available) is probably Olmeca Altos Reposado. For a splurge that’s worth the money (and a great bottle just to sip on), try Fortaleza Reposado.

Campari: Regan’s version in his 2007 article is essentially the same as mine, except he has a whole ounce of Campari instead of my half-ounce. This gives the Rosita a hard shove into Negroni territory, with its accompanying bitterness and sweetness. This is good, but as stated above, I believe this cocktail really shines when it’s more in balance.

Sweet Vermouth: It’s only a half-ounce, but the character of the sweet vermouth is the biggest choice insofar as what kind of Rosita you want. My personal favorite here is Dolin Sweet Vermouth, an unusually light and lean choice, but one that helps the Rosita become what I think of as its best light and lean self. Carpano Antica is also great, quite a bit fuller but still makes a cohesive and beautiful drink. Others can pull the drink too much this way or that— Punt e Mes, for example, makes a bitter chocolate version, while Cocchi Vermouth di Torino an indulgent vanilla one. Both are tasty, but seem like spin-offs.

Dry Vermouth: Use the dry vermouth of your liking, it’s mostly here to stretch out the flavors and add some dry herbaceousness, which all available brands will achieve. My perennial favorite is Dolin Dry Vermouth, but I suspect (I admit this is the one variable I didn’t toggle in my tests) you could use anything and it would be good.

Bitters: Bitters aren’t strictly speaking necessary; the drink is still good without them. What they add is a rising dry cinnamon spice in the midpalate that lasts through the finish, adding some mature complexity. Use Angostura, and just one dash is enough. While mixological instincts might suggest Bitterman’s Mole Bitters would be good, this drink is too delicate and pretty for something so intense.

Garnish: A “traditional” garnish would’ve been a lemon peel, but that’s not right at all— it’s too bright, too much sunshine for such a seductive cocktail. I personally like to lean into the bitterness by using a grapefruit peel. If you’re not as into bitter things, use an orange peel.