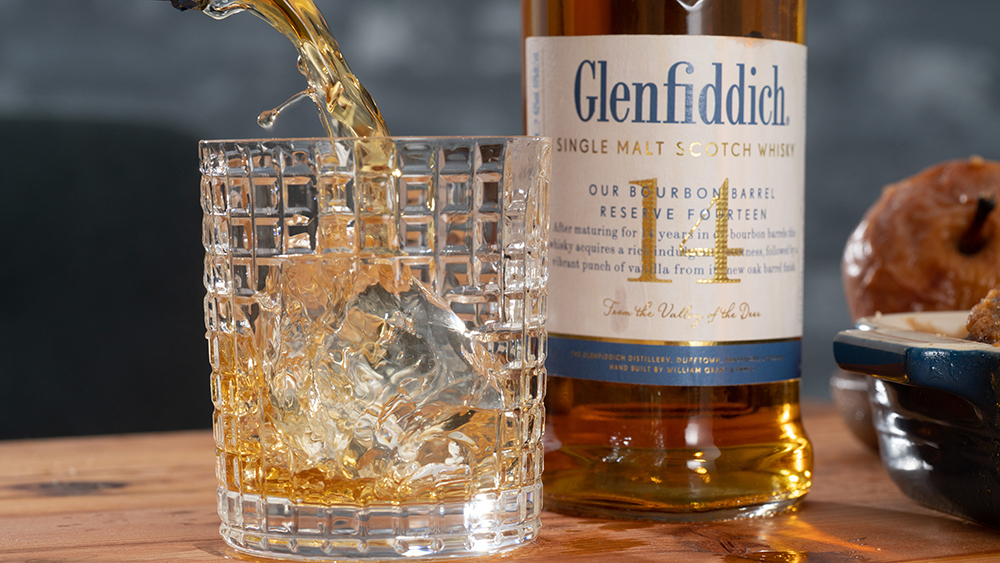 For those of us who know a good thing when we sip it, single malt scotch has long reigned as the ne plus ultra of the brown spirits, primarily because it possesses the widest spectrums of style intermingled with both subtle and not-so-subtle nuances of flavors, ranging from relatively light and floral like The Glenlivet to thick and smoky such as Lagavulin. In fact, by its very name, the individualities of single malt scotch are the personification of each of the more than 100 distilleries that produce over 300 different brands.

After all, to be classified as a single malt scotch, the whisky must come from a single distillery (anything else would, by definition, be a blend), it must be distilled from malted barley, and of course, it must be distilled, aged and bottled in Scotland. And while much recent attention has been focused on certain high rollers, such as a 1919 bottle of Springbank that sold at auction in 2019 for $283,000 and a sixty-year-old 1926 Macallan that set a Guinness record auction price of $1.9 million for a single-bottle later that same year, there are a surprising number of excellent single malts that cost less than $100. In fact, here are ten superb single malt scotch whiskies that, in most areas, can be delivered right to your home and which don’t even break the three-digit price barrier.

Located on the rugged, storm-lashed Orkney Islands, Highland Park has the distinction of being the northernmost distillery in Scotland. As such, it is constantly subjected to fierce winds, which precludes trees from taking root and thus, the Hobbister Moor peat used for drying this distillery’s malted barley possesses an underlying and unmistakable floral quality, accented by the fact that its makeup includes heather. The result is a very gentle yet distinctly aromatic whisky, of which their 12 Year Old is a perfect representative of the Highland Park style: rich and sweetly smoky and given extra depth thanks to sherry barrel maturation.

This iconic distillery was founded by brothers John and Tommy Dewar in 1896, so it is not surprising that today this gentle and slightly honeyed single malt is used as the basis for the blended scotch whiskies produced by John Dewar & Sons, and is most notably found in Dewar’s White Label. But it is as a 12 Year Old single malt that the unmistakably firm and slightly fruity character of Aberfeldy stands on its own, enhanced by malt master Stephanie MacLeod’s careful combination of ex-bourbon barrel aging combined with a slightly smaller amount of sherry cask maturation.

This Speyside distillery produces some of the most collectable single malts in the world, which usually end up being some of the most expensive scotch whiskies in the world, such as The Macallan M ($4,500 for a 1.5-liter crystal decanter), the Exceptional Single Cask collection’s launch of The Macallan 1950 ($54,209) and The Macallan 72 Years Old in Lalique Genesis Decanter ($65,000). But you can save yourself thousands of dollars by purchasing one of Macallan’s latest offerings, their 12 Years Old Double Cask, which provides a full measure of Macallan’s signature caramel and raisin nuances, thanks to the whiskies being aged in both sherry-seasoned American oak barrels as well as in European oak barrels. After a minimum aging of twelve years in each of the two types of barrels, the whiskies are combined, resulting in a honeyed-toffee and candied-citrus dram that is perfect in a snifter or on the rocks.

Ardbeg is normally one of the biggest, boldest and peatiest of all the Islay whiskies, but thanks to this non-age-statement single malt being predominantly matured in French oak barrels, there is an atypical sweetness and finesse that intertwines with a teasingly spicy and sweet fruity character. Named after the world’s second largest natural whirlpool that churns off the West Coast of Scotland in the rough waters between the Hebridean islands of Islay and Jura, Corryvreckan evokes a whisky that—in spite of its smokiness and hefty 114.2 proof—is actually quite navigable, although befitting its name, a splash of water is recommended.

Although this Highlands distillery was founded in 1843, this is the first time it has produced a true “estate-grown whisky.” Every element—from the unique Cadboll barley found only in the fields of Glenmorangie’s 440-acre Cadboll Estate, to the waters sourced from nearby Tarlogie Springs—comes from Glenmorangie’s properties. Distilled in Glenmorangie’s signature copper pot stills—the tallest in Scotland—and aged in first fill American white oak bourbon casks, the result is a uniquely creamy spirit, with toasted oak, hints of marigolds and sweet cherries all uniting in a lingering finish.

Photo: Courtesy of The Balvenie

Interestingly enough, for a distillery that grows its own barley, does its own floor maltings, has a team of in-house coopers to refurbish its casks, and maintains a coppersmith to service its stills, this award-winning distillery—under the auspices of legendary Malt Master David Stewart—decided to finish its oak-cask matured 14-year-old single malt whisky in casks outsourced from the Caribbean and which had previously held rum. But like most cask finishes pioneered by Stewart, it worked. “A few months of rum cask maturation complements The Balvenie single malt very well” says Stewart, “and this expression is a beautifully rounded 14-year-old whisky that combines traditional Balvenie vanilla notes with rich toffee, a hint of fruit and a warm, lingering finish.”

Although Glenfiddich currently holds the title of being the best selling single malt whisky in the world, this particular expression is reserved strictly for the United States. And there’s a good reason for that, because not only is it aged for 14 years in ex-bourbon barrels (which, by their very nature makes them exclusive to the U.S., the only country in which bourbon can be made), but Glenfiddich Malt Master Brian Kinsman then finishes this whisky in deeply-charred new American oak barrels from The Kelvin Cooperage in Louisville, Kentucky. This combination of new and used American oak imparts a rich, sweet and vibrant single malt, with intense vanilla from the oak and velvety caramel from the char bonding together in a memorable whisky for the money.

Although there are now a number of versions of this Islay classic, this is the original and is known not just for its signature smoke, but also for its sweet undertones and definite medicinal (think iodine) qualities. Yes, as their ads used to say, you’ll either love or you won’t. Its seaweed-tainted essence is the result of the distillery’s location—right on Islay’s rugged shores, with the ocean waves crashing against the very warehouse itself. In fact, at high tide, the waves lap at the distillery’s foundation. As distillery manager John Campbell says, “This whisky is a big, peaty slap in the face. Perfect!”

Founded in 1779, Bowmore is the oldest licensed distillery on Islay, and it is also one of the most picturesque. In keeping with its historical significance, the distillery still does its own floor maltings, and draws its water from the nearby Laggan River, which flows with a brownish hue due to the ever-present influence of Islay peat. This smokiness, which is even inherent in the water’s aroma, gently lurks in every drop of the 12 Year Old. With its subtle lemon and sweet heather and honey overtones, it serves as the perfect introduction to Islay whiskies.

You may not be familiar with this Lowland single malt, even though the distillery itself, the southernmost in Scotland, dates from 1817. However, after a series of varying ownerships over the years, it had been mothballed until 2015, when it was purchased and renovated by Australian entrepreneur David Prior, although distillation didn’t start until 2017. While current whiskies are maturing under the watchful eye of Master Distiller Nick Savage (who shocked the whisky world by leaving a similar position at Macallan to join this much-smaller enterprise), Bladnoch is releasing limited editions using previously distilled inventory. The limited release 10 Year Old is their youngest bottling, and at 93.4 proof, it has a bit more heft than most Lowland whiskies. A decade of aging in ex-bourbon barrels ends up imparting a sweet, lemon-grass flavor with a tantalizingly floral bouquet. A few drops of distilled water or a single ice cube will open things up dramatically.