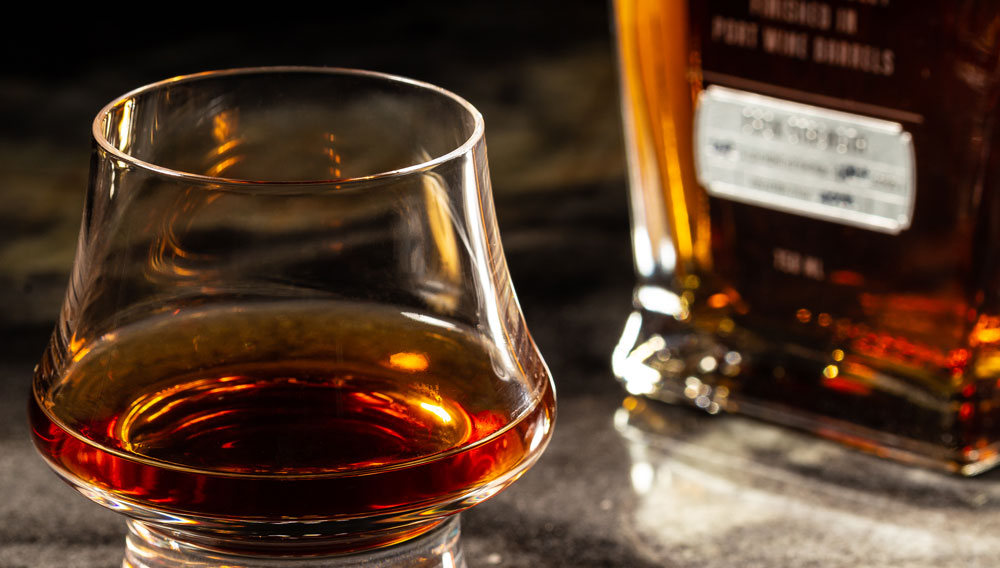 Kentucky–based bourbon maker Angel’s Envy has developed something of a cult following among bourbon drinkers. When the boutique brand released its Cask Strength Bourbon Finished in Port Barrels in 2012, it was hailed the “best spirit in the world” by expert F. Paul Pacult in his 2013 Spirit Journal; the expression also landed on Robb Report’s list of the 15 best bourbons of the last 20 years. Unlike most bourbon, Angel’s Envy is finished in port barrels, which leads to a complex, bold profile. “We felt the taste profile of a ruby port would be perfect for finishing our whiskey, so we took the leap,” Wes Henderson, co-founder and chief innovation officer of Angel’s Envy, previously told RobbReport.com.

This month, the distiller is releasing 12,000 bottles of 2018 Cask Strength Bourbon Finished in Port Wine Barrels ($199) in select markets across the United States. “We started this tradition with our first Cask Strength release in 2012 and are proud of this year’s bourbon-forward release,” says Henderson. “Every 100 barrels or so, we find one that truly stands out. We’re always looking for those special barrels to put through our extended finishing process.” After being aged for up to seven years to reach peak richness and maturity, the hand-selected barrels are blended and finished in Portuguese port wine casks.

At 124 proof, the bourbon packs a serious punch—so you might want to sip it with a bit of water to release some of its nuances. The bourbon has an aroma of banana, honey, and light burnt wood. The palate brings together a medley of flavors, from caramel and sweet raisins to cola and herbal notes. And subtle notes of dark chocolate, heavy toasted oak, and fresh figs are evident on the finish. Take one sip, and it’s easy to see why it’s destined to be a favorite with bourbon drinkers everywhere.