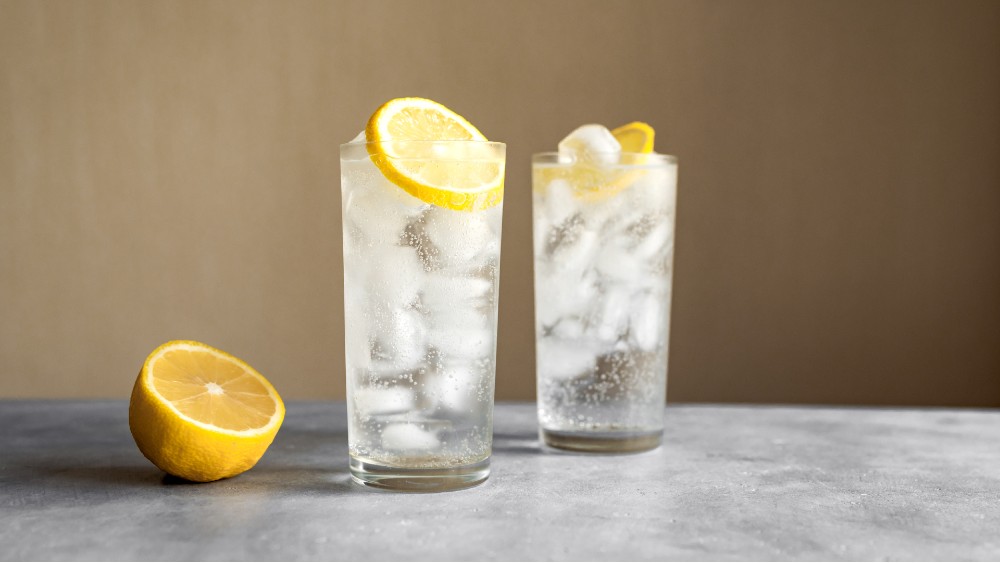 You know you’ve really made it as a cocktail when they name a standard glass after you. That cone on a stick was just a “cocktail glass” before the Martini came into vogue. A rocks glass is a rocks glass, unless it’s a touch bigger at which point the Old Fashioned slaps its name on it. That gaudy, rippled affair is a Margarita glass. This is an exclusive club, pretty august company as far as cocktails are concerned, and there’s only one member not yet mentioned.

The Tom Collins is one of our foundational drinks, invented sometime in the 19th century (it’s hard to say exactly when) and taking modern form around the time when sparkling water started being widely available. While lots of cocktails have murky and circuitous histories, the history of the Tom Collins is perhaps the most so, made all the more frustrating because it stubbornly resists summarization. We don’t even know if the man who invented it actually invented it (as if that sentence makes any sense), though we know his name—not Tom Collins, as one might think, but John Collin—and if any of that makes you want to know more, just do what I always do with history and see what David Wondrich has to say about it. As far as this drink is concerned, however, I’m less interested in its past than I am its present and future.

The Tom Collins is one of those drinks that never gets ordered. It hides in plain sight, familiarity breeding contempt, and in a way I get it. As a name, “Tom Collins” sounds about as compelling as oatmeal, and a list of ingredients—gin, lemon juice, sugar, soda water—doesn’t help. Pretend you’re at a bar and everyone else is holding colorful collections of bitters and tinctures and flowers and foam, and you’d be forgiven for looking down at your spartan little yellowish cylinder, and wonder what you did to deserve it.

What is often forgotten, however, is that simple doesn’t axiomatically mean basic. As a matter of fact, in cocktails, the opposite is more often true. Ask yourself, what’s better—an Old Fashioned variation with cumin bitters and duckfat-washed bourbon, or an Old Fashioned? A Margarita-like cocktail that was invented a few weeks ago, or a Margarita? I’m not saying new things can’t be great. I’m saying truly great things are rare, and that the Tom Collins is one of those core cocktails that is so agreeable and protean that it’s a little too easy to forget that it is, in and of itself, one of the best drinks ever made.

We’re not starting with a russet potato here. Someone went through a lot of time and effort to produce that bottle of gin in your hand, and aside from perhaps the Martini, there is no better cocktail to showcase a gin’s particular character than a Tom Collins. Its simplicity is its strength, and it’s only after your first couple sips of a well made Tom Collins that you realize that other ingredients would bring noise along with flavor, as much distractions as they are additions. The Collins—a gin sour lengthened with cold soda water—is perfect and complete and deeply resonant, summer’s own liquid tuning fork, preternaturally refreshing and infinitely repeatable. It’s one of the best things you can put in that Collins glass. Obviously.

Add gin, lemon, and simple syrup to a cocktail shaker with ice, and shake hard for five to eight seconds. Strain over fresh ice into a tall (Collins) glass, top with soda, and stir briefly to incorporate the soda into the rest of the drink. Garnish with a slice of orange and a cherry, if you have them, or a lemon peel, or honestly nothing at all.

Gin: Pick your poison. You won’t find a gin that clashes with lemon, sugar, and soda, so you can make a Collins with whatever you want. That being said, when evaluating a new gin, I sip it neat, obviously, but I never really know how it’s going to hold up until I turn it into a Collins. Some gins have a backbone that just sings out of this treatment, and some don’t. My perennial favorite for refreshing gin drinks is Beefeater, but that’s by no means the only choice. Some new ones I’ve enjoyed are Ginraw, from Barcelona, and the tea-forward Drumshanbo Gunpowder Gin, from Ireland, but also I’m sure wherever you are, someone in or near your town is making a gin that is begging to get turned into a Tom Collins.

Lemon juice: Fresh, please. With a drink this simple, bad/pasteurized/oxidized ingredients have nowhere to hide.

Simple Syrup: Put together equal parts sugar and warm water, and stir. The sugar will dissolve in somewhere between 30 seconds or 5 minutes, depending on how warm your water is, and you’ve just made simple syrup. For 1 cup of each sugar and water, you’ll have 12 oz. of simple syrup, enough for 15+ of these drinks.

Soda Water: Maybe we’ll write a whole article about this someday, but soda and seltzer and mineral water are all similar but not the same. For our purposes, it’s not so important which it is; what’s important is how much carbonation it has—things like Perrier and San Pellegrino are no good for cocktail work, because they’re not bubbly enough. If I were making them for my wife’s boss or something I’d use Q Soda, which is my favorite of the expensive cocktail waters, but personally I just get the supermarket brand cans of soda or seltzer, which are very carbonated and work great.