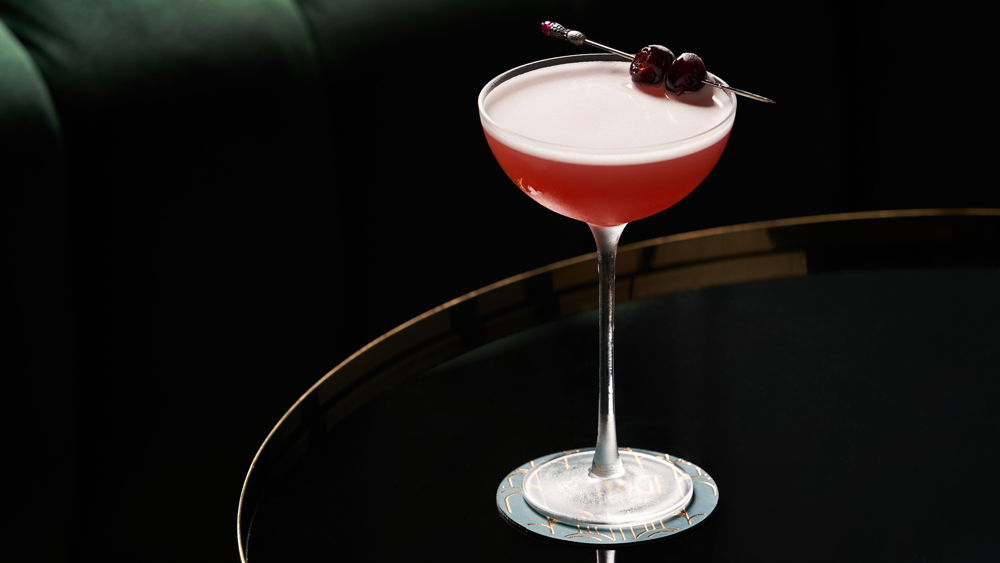 In order to talk about the Wild Eyed Rose and why you’ve probably never heard of it, I think first we should talk about what a “pickle-back” is.

In case you’ve never had the pleasure, let me describe it to you: First, pour a shot of alcohol, usually Irish whiskey. Then open a jar of pickles, but instead of grabbing one, you use a few fingers to hold back the pickles while you pour the liquid—that silty turbid medium, the sweetened vinegar brine, the stuff you’d throw away without a second’s thought once the pickles are gone—into another shot glass. Take the shot of liquor and immediately follow it with a shot of this “pickle-back,” which is so insanely intense on your palate that it disguises the so-called “burn” of the alcohol, along with obliterating most of the taste.

We’re talking about pickle-backs because this is still how a sizable percentage of Irish whiskey is served in this country. While whiskeys like bourbon and rye have a near-endless catalog of classic cocktails to keep them in respectable company, for Irish whiskey there’s always been a puzzling absence of classic applications. There’s the Irish Coffee, of course, and some lesser known things like the Tipperary and the Cameron’s Kick, but beyond that the rolodex runs out pretty quickly and Irish whiskey is left either scampering after other spirits in simple substitutions like the “Irish Mule” (a Moscow Mule with Irish whiskey) or else sharing a stage with something flaccid like ginger ale.

“While there are few classic cocktails that call specifically for Irish whiskey, it’s an extremely mixable spirit in all its forms,” writes Jillian Vose in Paddy Drinks: Modern Irish Whiskey Cocktails. Vose is the managing partner of The Dead Rabbit in Manhattan, one of the country’s most celebrated cocktail bars, and together with co-owners Sean Muldoon and Jack McGarry, they just last month published Paddy Drinks as a kind of defense of Irish Whiskey. As if to reinforce her above claim, they feature “classic” Irish whiskey cocktails—all six of them—and their original Irish whiskey cocktails, which number nearly 100.

The Wild Eyed Rose is one of the precious few classics. The cocktail comes to us, like so many greats, from Hugo Ensslin’s 1916 Recipes for Mixed Drinks and the recipe most of us use is more or less the same as his—a healthy pour of Irish whiskey, with lime juice and some grenadine (pomegranate syrup) to sweeten. It is much less famous than its sibling cocktail the Jack Rose (an otherwise identical mixture with apple brandy substituted for Irish whiskey, invented around the same time) but I personally think it’s better, and not just because my last name is O’Bryan.

One of the reasons Irish whiskey is currently overlooked for cocktails is because it is by tradition light and mild, but mildness is a strength all its own—subtle flavors that would get bulldozed by the blasting oak of something like bourbon are allowed to express their full selves. In the Wild Eyed Rose, the voluptuous tartness of the grenadine gets to arc across the whole palate, supported by the warm light malt of the Irish whiskey and given a malic kiss at the end by the lime juice. It is a beautiful deep red, almost certainly the inspiration for the name, and much welcome relief from the neon-green beer to which St. Patrick’s Day has become famous. And if all you know of Irish whiskey is railing a shot of it followed by a shot of something that’s essentially cucumber embalming fluid, well, perhaps this is the rose you’ve been waiting for.

Add all ingredients to a cocktail shaker with ice and shake for eight to 10 seconds, then either strain over fresh ice in a rocks glass or strain into a coupe or cocktails glass, up. Garnish with a lime wheel, a couple pomegranate seeds or even nothing at all.

Irish Whiskey: Vose offers this typically concise assessment in her introductory chapter of Paddy Drinks: “At one time, people would have had you believe that whiskey is whiskey is whiskey. Those people were wrong, wrong, wrong.” Indeed, if there were one thesis statement for the whole book, it would be that there is incredible diversity within Irish whiskey, and different bottlings carry different strengths and weaknesses.

The Wild Eyed Rose is an object lesson in this. Too light a brand and the whiskey disappears—not bad, certainly, and still worth making, but not exactly right. Too full and the malt takes over—an example here is the pot-stilled Redbreast, which I like more than the cheaper Jameson in I think every single application but this one. The sweet spot is a blended Irish whiskey that stays light, but with enough presence to make it interesting—my favorites I tried were Power’s and the brand new Dublin Mercantile Blending Co whiskies, but our old friends Bushmill’s, Tullamore D.E.W. and even Jameson all work well.

Grenadine: Grenadine is a pomegranate syrup. This can be made as easily as buying some POM Wonderful pomegranate juice and mixing it in equal parts with sugar and stirring until the sugar dissolves. If you want to use a citrus press to juice your own pomegranates, the flavor will be fresh, neither pasteurized nor oxidized, and will taste that much better, but it’s strictly speaking not required. Additionally, the really good grenadines have a floral aspect—for every cup of pomegranate juice, you can add a half teaspoon of rose or orange flower water, which is great but also not strictly necessary.

You can also buy grenadine online or at many specialty stores. My perennial recommendations are Small Hands Foods, Liber & Co., or Liquid Alchemist, if you can get it. Stay away from Rose’s, or anything else too processed. It was all we had 20 years ago, but there’s no excuse today.

Lime Juice: It’s almost a rule that it is lemon, not lime, that goes better with whiskey cocktails, but this is an exception—lime, as it turns out, is much more dynamic here than lemon. Huh.