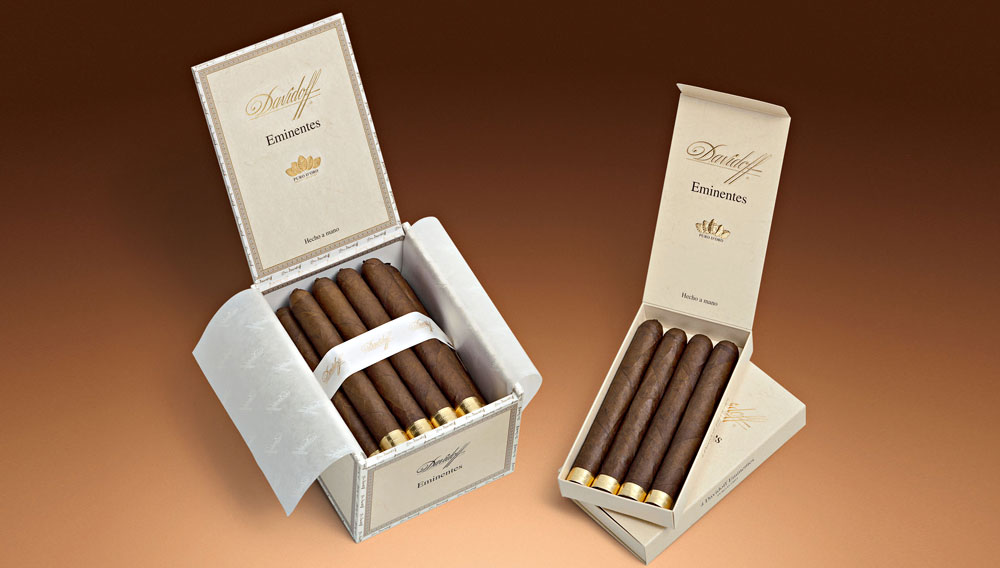 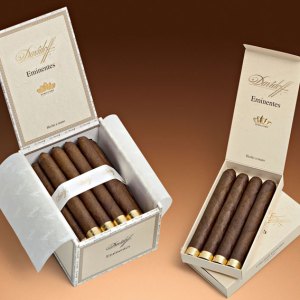 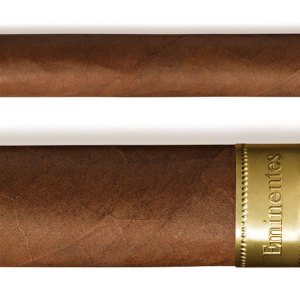 After many years of searching, Davidoff’s master cigar blender, Hendrik “Henki” Kelner, realized a lifelong dream by finding an area in the Dominican Republic—the Yamasá valley—that could grow an exquisite wrapper. Thus, in 2010, he was finally able to introduce a Davidoff puro, a cigar in which all the tobaccos come from one country, in this case the Dominican Republic. The result was the Puro d’Oro, a medium-bodied and exceptionally slow-burning cigar that was produced in four shapes.

Now, the largest vitola yet, the Davidoff Puro d’Oro Eminentes—a 6¼ x 52 toro—has been added to the line, using the same Dominican filler and binder and once again featuring the Davidoff Yamasá wrapper. Because of its thick, dense, and oily texture, this cigar holds more moisture than usual and thus can last for a much longer time than its already-impressive size might indicate. With its gold-banded foot and pigtail cap, it lives up to its name, as it is the most impressive of the Puro d’Oro lineup. ($18.50) (www.davidoff.com)