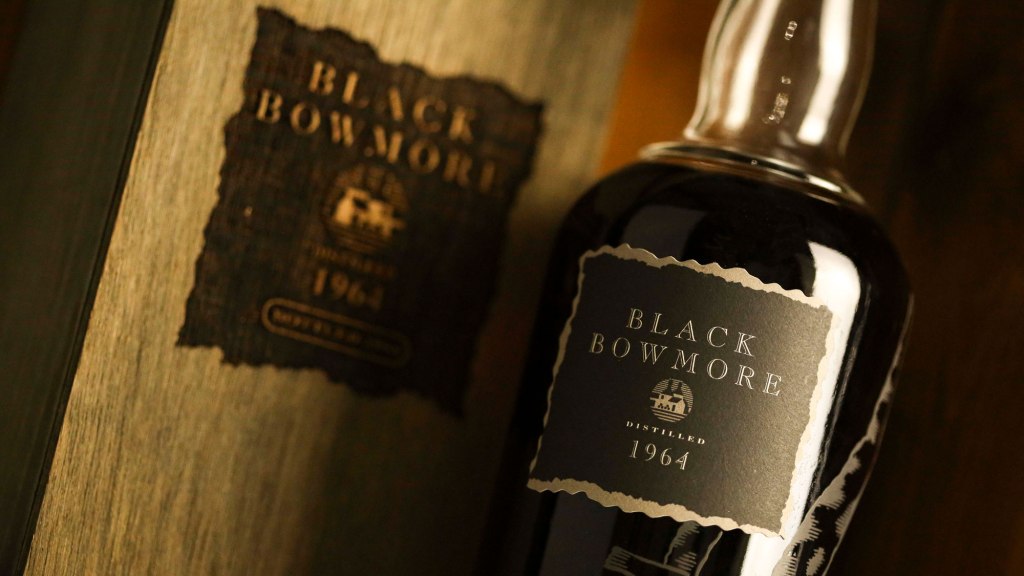 A bottle of the second edition of the Black Bowmore whisky that was distilled in 1964 sold for a record-setting $16,673 in an online auction held by Whisky Auctioneer in Perth, Scotland. It was purchased by an investor from the U.S. The previous record for a bottle of 1964 Black Bowmore was $13,310. The spirit is almost universally agreed to be one of the most important single malts made.

The whisky has gained legendary status among collectors since its initial release in the mid-1990s. It was part of the second edition of 1964 Bowmores aged in Oloroso sherry casks and one of 2,000 bottles created. It retailed at the time for about $100. It’s not known how many of the 2,000 are still in circulation.

“We were expecting some high bids for this incredible whisky,” says Whisky Auctioneer director Sean McGlone. “We hoped it would exceed expectations and break all previous records.”

Bowmore released a 50 Year Old edition —The Last Cask—of the 1964 single malt last year in a limited run of 159 bottles. If the 30 Year Old versions are any indication, the $25,000 price tag will only increase in value.

The sale is a good example of two trends in the secondary spirits market – the increasing number of collectors vying for ever-scarcer bottles of premium older whiskies and the rise of online auctions that allow an auction that might once have had only local bidders to drawn in participants from around the globe. Whisky Auctioneer reports a 36 percent rise in the number of its online auction users. “As more consumers discover the joys of rare and vintage whisky,” McGlone says, “it’s difficult to see how demand won’t continue to increase pushing up prices for bottles that are most coveted.”