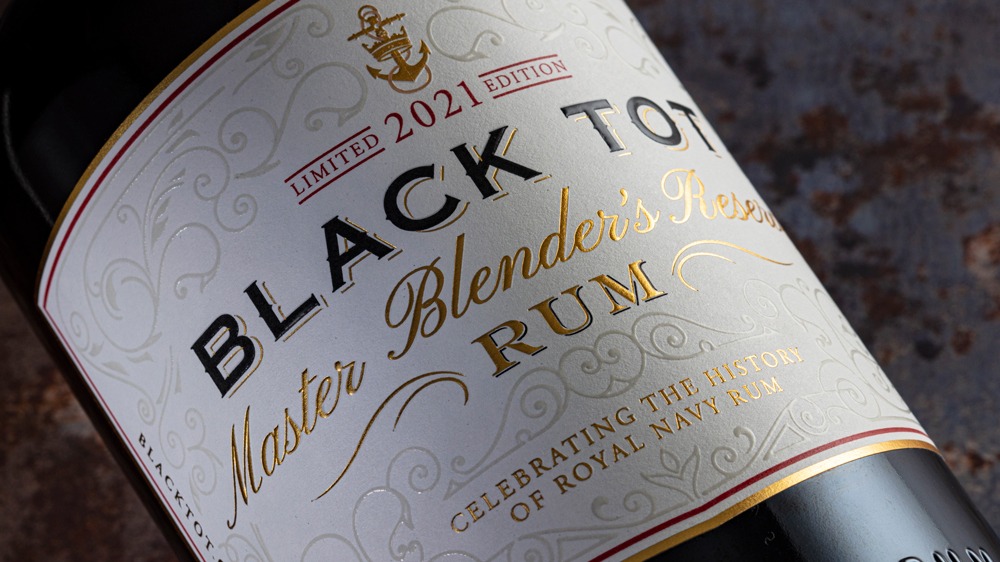 Say what you will about drunken sailors of yore, but they came by their reputation honestly, with the British Navy giving them free alcohol. Now you can get a taste for what some of them were rationed.

The 2021 edition of Black Tot Master Blender’s Reserve Rum is now available here in the US, as a tribute to the 100th anniversary of the last rum ration (or “tot”) given to Australian sailors in the British Royal Navy. This blend of rum is literal liquid history, with a small portion of the original rum blend from the Royal Navy included in the mix.

What makes that tiny bit of old rum so special is, frankly, that there’s not much of it left. It’s a blend of rums from different countries that was kept in wooden vats, with liquid that was continuously blended from the early 19th century through 1970 in a solera style system. The rum was portioned out to sailors to keep them happy and mutiny-adverse, and Black Tot founder Sukhinder Singh was lucky enough to obtain the last flagons of liquid.

There’s just .3 percent of this rare rum in the 2021 Black Tot edition, so you might not actually taste it but you can certainly use your imagination. You will definitely be able to pick up the various characteristics that each rum that comprises the rest of the blend brings to the palate, however. The base for this release is the 2020 edition of Black Tot 50th Anniversary Rum, which was aged in ex-sherry casks for about a year until bottling to pick up new flavors. Other layers of aged rums were added, including 10, 11, and 24-year-old rum from Trinidad; 10-year-old rum from the famous Foursquare distillery in Barbados; 17-year-old rum from Guyana; 9-year-old Jamaican rum; and 14-year-old Australian pot still rum. Just under 1,000 bottles will be available here in the US, and no sugar is added and it’s non-chill filtered.

We have details about the 2022 Master Blender’s Reserve Rum to share, but it is only launching in the UK at the moment and won’t be available in the US until the end of the year. This release is built upon a base of the 2021 version which has been finished in sherry casks, with the addition of rums from Jamaica, Guyana, Barbados and Trinidad ranging in age from 2 to 30 years. And, of course, there’s a miniscule amount of that sweet British Royal Navy rum for good measure. So for now, if you’re stateside you’ll just have to pretend you’re an Aussie conscript and drink the 2021 edition.