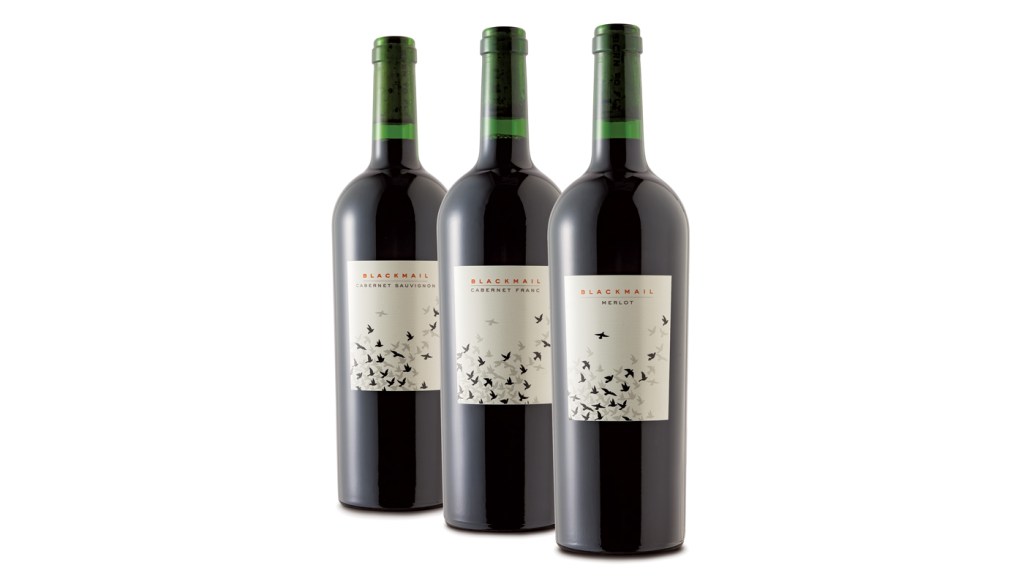 Luck plays a part in any endeavor, whether commercial or creative, but making great wine especially depends upon the favors of fortune. Certainly nature smiled on Blackbird Vineyards and its owner, the entrepreneur Michael Polenske, when the inaugural 2003 vintage was harvested; however, by the time

of the wine’s release, its principal component, Merlot, had fallen out of vogue thanks to the popularity of a film called Sideways. Happily for the fledgling label, this briefly prevalent prejudice had little impact on the sales of its first offering, a Pomerol-style red from Napa Valley’s Oak Knoll District.

From the beginning, collector interest played an important role in Blackbird’s exemplary reputation. To reward these supporters in their never-ending quest for the unique, Blackbird has launched a members-only program called BlackMail (blackmailwines.com) that not only enables collectors to gain preferred access to the label’s coveted portfolio with a lifetime fixed-price guarantee but also allows them to acquire small-batch wines made exclusively for the club. With the 2013 vintage, members may choose from three different bottlings, each priced at $100, which differ from Blackbird’s house style in that they are single-varietal wines rather than blends.

The BlackMail 2013 Cabernet Sauvignon emphasizes blackberry, black cherry, smoke, and mushroom, while the 2013 Cabernet Franc presents a sophisticated mélange of blueberry fruit spice with anise, caramel, cocoa, and aromatic wood. The star of this trio, however, is the 2013 Merlot, a tantalizing tapestry of dark fruit, nutmeg, vanilla bean, sarsaparilla, and earthy chocolate that finishes on a sustained cherry note. Collectors seeking to feather their oenological nests, however, should not delay in joining, as only two barrels each of these wines exist.