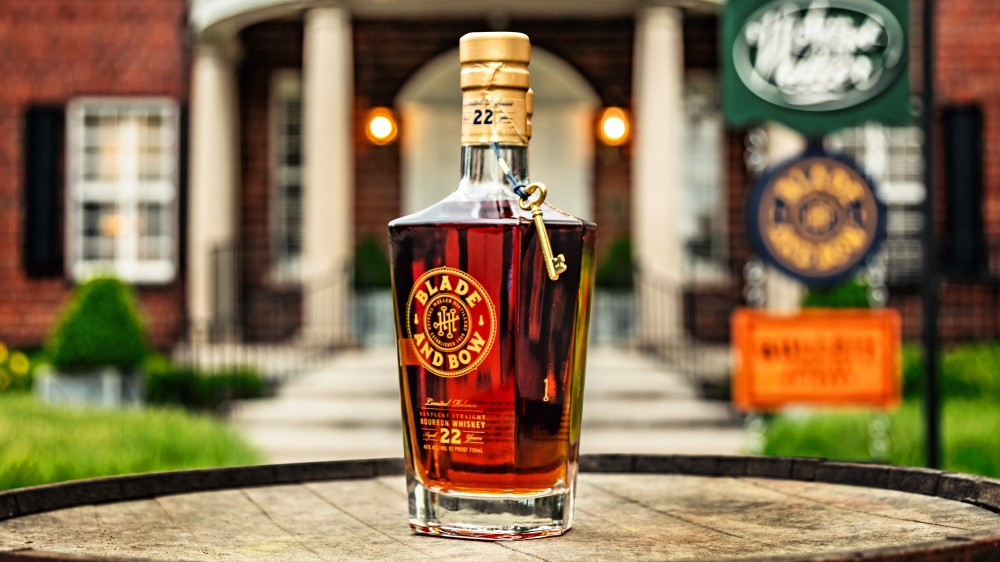 Having trouble finding that bottle of Pappy Van Winkle 23 Year? Well, you’re in luck because Blade and Bow is launching the annual release of its 22-Year-Old Kentucky Straight Bourbon Whiskey this month to coincide with National Bourbon Heritage Month. Time to celebrate now, no excuses.

Blade and Bow is a bourbon brand owned by Diageo that is based out of the historic Stitzel-Weller Distillery in Louisville, Kentucky. No whiskey is actually being produced at this location, so it’s more like a bourbon museum or historical booze marker these days, as well as being the brand home for Blade and Bow, I.W. Harper and Orphan Barrel. As far as where the whiskey is actually made, the brand doesn’t make that public knowledge, but there has been speculation that, at least at some point, it has come from Heaven Hill and/or Buffalo Trace. It is said that the liquid is aged and bottled onsite at Stitzler-Weller, however.

The core Blade and Bow expression is made using a solera-style maturation method, according to the brand, in which some of the oldest whiskey stocks (purported to contain some distilled before 1992 when the original S-W distillery closed) are included in the blend. The 22-Year-Old, however, is not aged in this manner, although there may be some older liquid in the mix. Some bourbon this old just doesn’t taste very good, but based on past Blade and Bow releases this is an exception to that flexible rule. Doug Kragel, lead educator for Blade and Bow, puts it this way. “I liken 22-Year-Old’s tasting notes to a freshly baked apple pie, fragrant and delicious,” he said in a statement. “With an aroma layered with oak, caramel, and fresh stone fruit, this highly acclaimed bourbon is sweet and smoky, accented with well-balanced tasting notes of torched sugar and apples baked in honey and spices.”

It’s no coincidence, of course, that Blade and Bow 22 shows up during National Bourbon Heritage Month, the season of celebrating all things related to this distinctly American style of whiskey. Supplies are limited, but you can find bottles to purchase online (for well beyond its SRP of around $150), in 14 markets throughout the country, and at The Garden & Gun Club at the Stitzel-Weller Distillery.