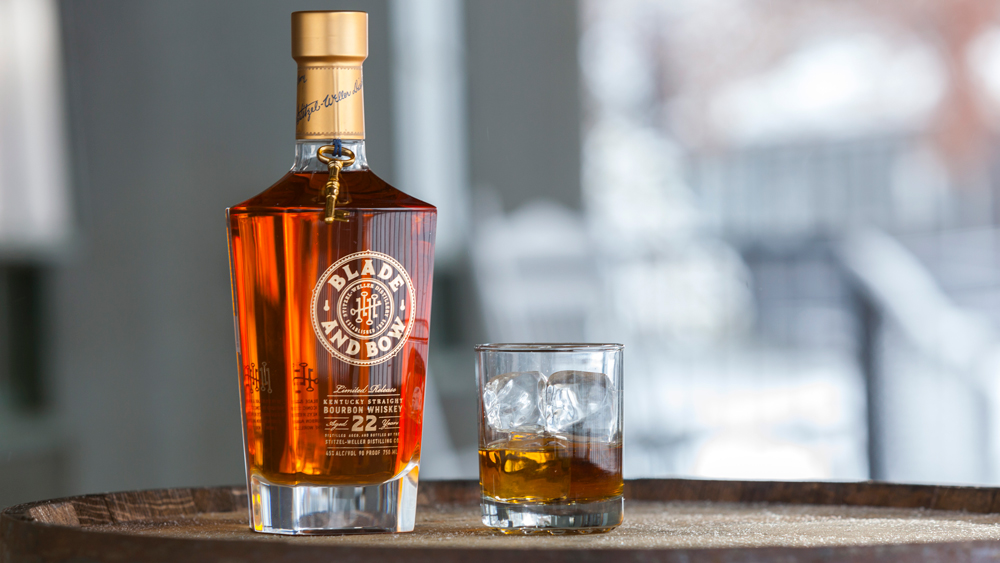 In 2015, the Kentucky Derby played backdrop to the debut of a remarkable bourbon: Blade and Bow 22-Year-Old. Wearing the pedigree of the legendary Louisville distillery Stitzel-Weller, where it was aged in a solera system, a very small amount of the Blade and Bow 22-Year-Old Kentucky Straight Bourbon is being rereleased this year—on Derby Day, of course—in honor of that distillery’s 83rd anniversary. Derby Day is a theme here because Stitzel-Weller itself was opened on that race day in 1935.

In the three years since its inaugural release, Blade and Bow has done the distillery proud. In 2015, the San Francisco World Spirits Competition handed it a Double Gold and named it Best Kentucky Straight Bourbon. Jim Murray’s 2017 Whisky Bible gives it the nod for Best Bourbon 10 Years and Over from Multiple Barrels.

With 22 years under its belt, the bourbon gives up gorgeous, complex aromas of honeyed toast, spicy vanilla bean, and an underlying fruity quality akin to a caramelized fig tart. Rich and smooth, it lingers endlessly with spiced caramel that comes from that sweet spot of time in oak, and then finishes dry for perfect balance. As Doug Kragel, whiskey educator for parent company Diageo, puts it, “At 92 proof, Blade and Bow 22-Year-Old is perfect for whiskey drinkers looking for genuine expression of highly crafted luxury.”

Clever symbolism in the packaging plays off the two parts of an old-fashioned skeleton key—the blade and bow of the name. At the distillery, five keys illustrate the critical elements of distilling bourbon: grains, yeast, fermentation, distillation, and aging. And to each of the bottles of Blade and Bow 22-Year-Old it’s releasing ($250), the distillery has attached one of five different keys. It might be overkill to collect all five, but simply one will unlock superb taste.