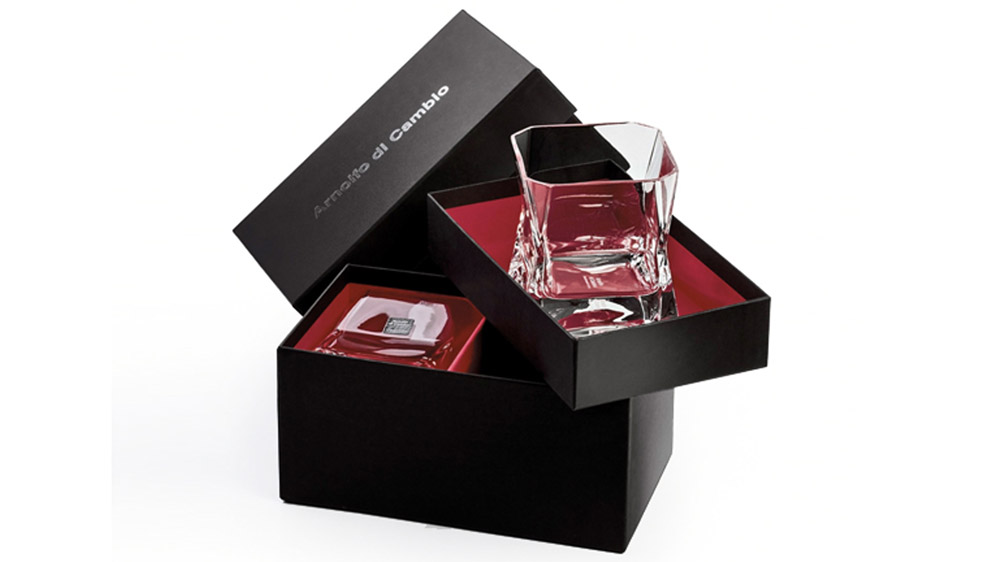 Few movies have had as much of a visual impact on pop culture as Ridley Scott’s Blade Runner. But while the movie’s flying cars and futuristic set design may have stolen the show, even its minor props have had an impact. Just look at the whisky tumbler Rick Deckard (Harrison Ford) sips from in the 1982 film.

Arnolfo di Cambio, the Italian glassmaker behind the famous tumbler, has decided to rebrand it as the Blade Runner Glass, according to HypeBeast. While the glassmaker has never stopped making the popular X-shaped glass, the brand seems to have decided it was time to just cut to the chase and name it after the movie that made it famous.

The tumbler, which was formerly known as the Cibi Old Fashioned Glass, was dreamt up by famed Italian designer Cini Boeri in 1973. Crafted in Tuscany, the glass is made from hand-blown crystal and features a striking X-shaped design that is meant to convey a feeling of movement while remaining easy to grip, according to the company. It’s available in two sizes, one with a 7.4 ounce capacity and an extra-large version that holds 12.5 ounces of liquid.

As the glassmaker tells it, a mysterious buyer showed up at the company’s Beverly Hill store in the spring of 1981 and bought several glasses from the Cibi collection. The company thought nothing of the purchase until the next year when Blade Runner was released and several scenes showed Ford’s Deckard drinking Johnny Walker Black out of the Double Old Fashioned Glass. The glass also made an appearance in the film’s Ryan Gosling-starring sequel, Blade Runner 2049.

It’s not just the tumbler that has been rebranded as the Blade Runner Glass, but the entire Cibi line. The unorthodox design can also be found on several other pieces of glassware, including a highball glass, decanter and ice bucket.

If you find yourself taken by Arnolfo di Cambio’s tumbler, you can order yourself a Blade Runner edition at the glassmaker’s website. A single tumbler sells for $107, while a set of two is available for $187.