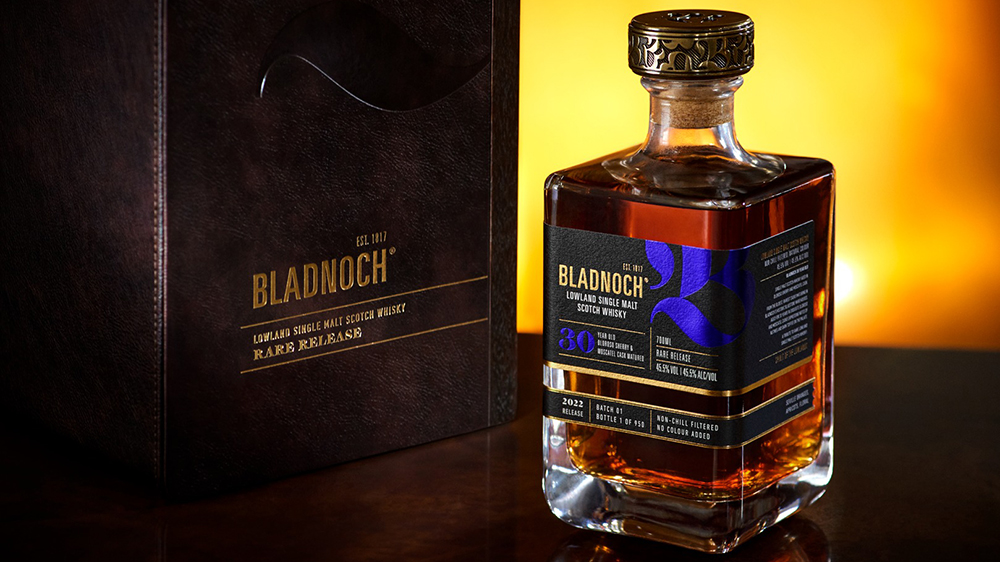 Bladnoch might not be the best-known name in scotch whisky, but there’s a long history behind it—and you can see and taste all of it in the distillery’s new 30-year-old single malt.

For the uninitiated: Bladnoch is located in the Lowlands region of Scotland, home to other distilleries including Girvan, Auchentoshan and Glenkinchie. It dates back to 1817 when the McClelland family started making whisky on their farm, and at one point it was nicknamed the “Queen of the Lowlands” because of how much whisky was distilled there.

Over the centuries, Bladnoch changed ownership multiple times and became a relatively quiet force in terms of single malt production. But in 2015, Australian yogurt tycoon David Prior bought the then-shuttered distillery and, after two years of renovation, it started making whisky again. Most recently, in 2019 master distiller Nick Savage left his job at The Macallan to spearhead operations at Bladnoch, a pretty significant get.

Bladnoch’s profile has been on the rise since then, with a core range of non-age statement whiskies matured and finished in various cask types, and an age statement lineup consisting of 10-, 11- and 14-year-old single malts, as well as some even older special releases. Capping this off is the brand-new 30-year-old, the oldest release from the distillery thus far. Obviously, this whisky was distilled well before the new management was in charge, so this really is a piece of Bladnoch history.

It’s a limited-edition bottling, consisting of whisky from just two casks–Oloroso sherry and Moscatel wine. The whisky is non-chill filtered, no color is added and it’s bottled at 45.5 percent ABV. Official tasting notes include orange, almonds and marzipan on the palate, a lightly floral nose and some cracked black pepper on the finish.

Just 950 bottles were released globally, and at the moment it looks like it might be easiest to get your hands on one at the distillery or in shops in the UK, although bottles will likely trickle into the secondary market in the US in the coming months. In the meantime, you can also check out last year’s 29-year-old whisky at the Bladnoch online shop, or email the distillery at info@bladnoch.com to get more information on how to find a bottle stateside.