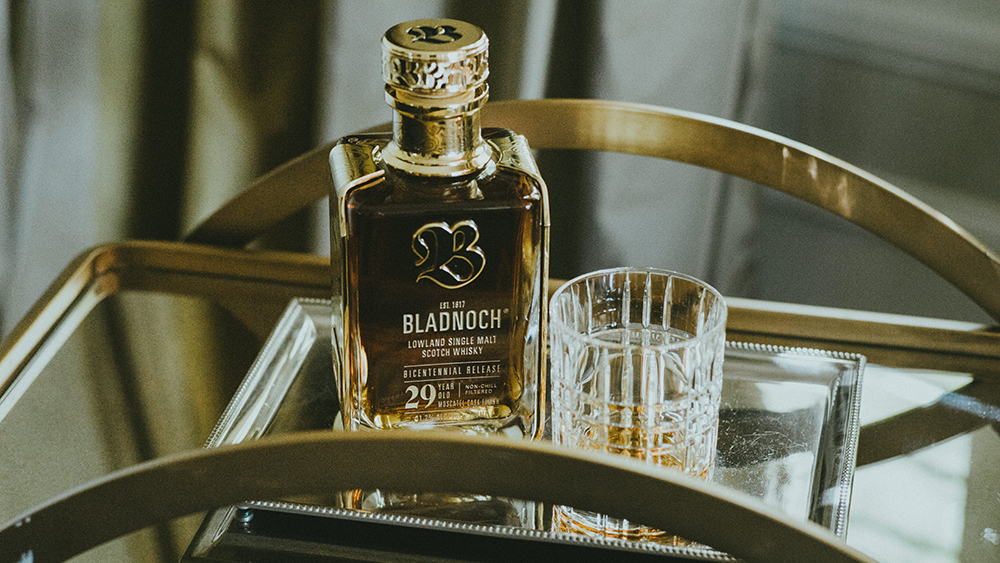 Bladnoch Distillery is bringing its oldest and rarest scotch Stateside this spring.

The prized 29-year-old, known as The Bicentennial, was actually released in 2018 to celebrate the storied distillery’s 200th anniversary. However, due to the US government’s decision to allow 700 ml imports into the country, Bladnoch is now able to offer 200 limited-edition bottles to America’s die-hard whisky connoisseurs.

The expression hails from two barrels of single malt distilled in 1988. The spirit was initially matured in Oloroso Sherry casks before it was finished for the last 18 months in ex Moscatel casks. According to Bladnoch, the 82-proof tipple imparts notes of sweet vanilla and ginger, with soft sherry flavors and dark chocolate. This is balanced, the distillery says, by sweet oak and a hint of ground black pepper.

The Bicentennial is the oldest and rarest scotch released by the historic distillery.  Tanya Voltchanskaya

The 29-year-old is by far the oldest single malt Bladnoch has ever made, eclipsing a heady 25-year-old currently on offer for $572. Each bottle is personally numbered and presented in a glitzy gold-plated decanter that reflects the collectible nature of the drop and celebrates the distillery’s legacy.

Indeed, the fact that Bladnoch has made it to 200 years is quite extraordinary. Since it was established in 1817, the distillery has changed hands numerous times and ceased production intermittently. Fortunately, in 2015, it was purchased and renovated by Australian entrepreneur David Prior, who is the first Aussie to own a Scotch whisky distillery and the oldest working one at that.

With the help of master distiller Nick Savage, formerly of The Macallan, Prior revived the distillery and commenced production again in 2017. Since then, Bladnoch has been releasing limited editions using previously distilled inventory to reclaim its place in the whisky world. Indeed, a 10-year-old Bladnoch bottle recently earned a spot on Robb Report‘s 10 Single Malts Under $100.

Suffice it to say, The Bicentennial will cost you a fair bit more than a hundred smackers. The 29-year-old has an MSRP of $7,550.

Check out more photos of The Bicentennial below: