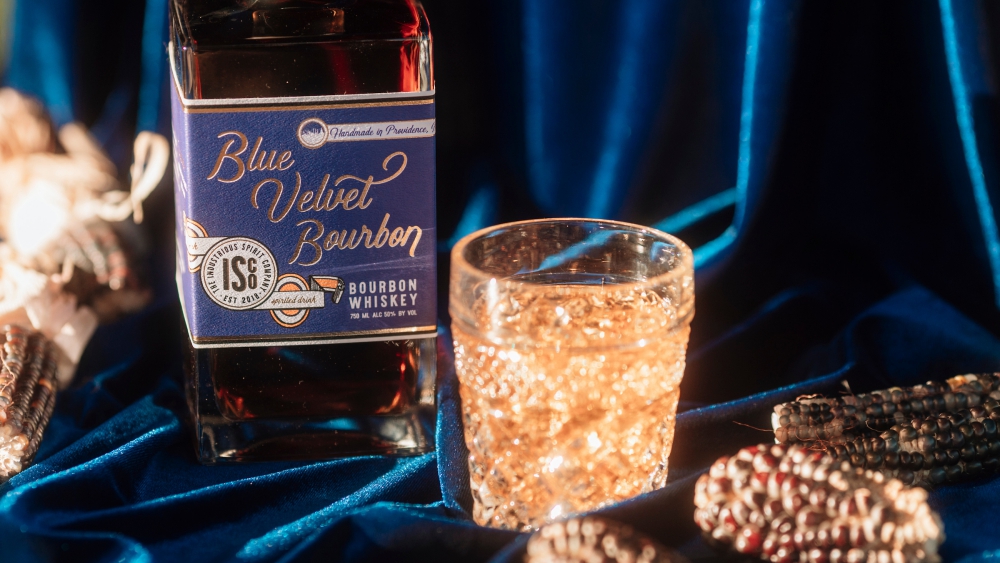 Do the grains from which your whiskey is made affect the flavor? Scotch distilleries like Bruichladdich and Irish distilleries like Waterford have been championing this concept by releasing single farm and regional vintage expressions. And now this small New England craft distillery is using two different types of blue corn from far-flung regions to see how a bourbon will taste.

Blue Velvet Bourbon sounds like it could be an Elvis or David Lynch-backed brand, but it’s not. The efficiently named Industrious Spirits Company (or ISCO, which claims to be Providence, Rhode Island’s first distillery since Prohibition) is behind this new whiskey, which was initially released in early 2021 and quickly sold out. One reason why it’s ready to go again so soon is that it’s a very young bourbon. It’s aged in new charred oak barrels for just six to 12 months to avoid masking the unique flavor that the corn in the mash bill brings, according to the distillery—and let’s be honest, a craft operation often has to get its whiskey out faster to sell product.

The mash bill is 100 percent blue corn made up of two varieties, organic indigo from Kentucky and landrace from Oaxaca, Mexico (“landrace” refers to the fact that it’s domestically grown but its DNA matches its wild ancestor). No, this 100 proof bourbon isn’t blue, although ISCO notes that, interestingly, blue corn turns pink after fermentation because of the pH change. It’s a classic bourbon deep copper brown color, and the tasting notes include caramel, chocolate, vanilla and a “signature note of blue corn tortillas” on the palate.

The new batch is larger than the inaugural release, but ISCO says that it will likely sell out pretty fast as well. You can preorder a bottle from the distillery’s website, or pick one up at stores in Rhode Island and Connecticut when it is released. There’s also a Blue Velvet party taking place on September 15 at the distillery followed by a weekend of festivities should you find yourself in Providence, with tastings, food and a chance to win a Blue Velvet bathrobe and pillows for those who like to sip bourbon in maximum comfort.