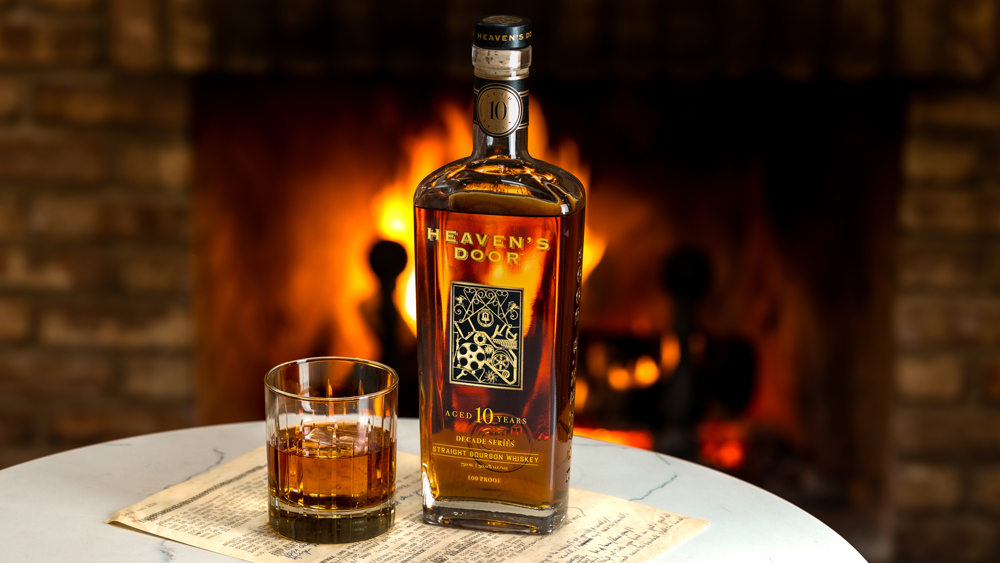 Bob Dylan might still be counting the cash he made after selling his entire catalog of songs to Sony Music last January, but apparently he still has some time to devote to his whiskey brand, Heaven’s Door.

Today, the launch of the new Decades Series was announced, a limited-release collection of whiskey aged for at least 10 years, which will kick off with a bourbon.

This isn’t the first time Heaven’s Door has released a whiskey of this age, as there was a 10-year-old bourbon that came out in 2019 and an excellent one last year that was given a finish in Redbreast Irish whiskey casks. There are some differences with this inaugural bourbon, however. The original 10-year-old bourbon had a low rye mashbill, while this one has a higher percentage of rye: 22 percent, to be exact, according to Heaven’s Door master blender Ryan Perry. While the whiskey was produced in Tennessee, it has not undergone the Lincoln County process, in which the new make spirit is filtered through charcoal before barreling, so it does not qualify as Tennessee whiskey. It’s non-chill filtered and bottled at 100 proof.

According to Perry, the style of this whiskey is more along the lines of what you’d expect from a Kentucky bourbon than one made in Tennessee. “We’ve been patiently waiting on our barrels of aged liquid to mature to the optimal flavor profile for many years, and we are thrilled to release them for our fans to enjoy,” said Perry in a press release. “When we sourced these barrels from our industry partners years ago, the product was phenomenal, but we purposely let some of them sit for several additional years to get even better… Our first release is whiskey the world has not yet tasted.”

Future Decades Series releases are TBD, but the brand says they may include a wheated bourbon and a rye whiskey. For now, you can find Decade Series Release #01 (SRP $95) at ReserveBar.