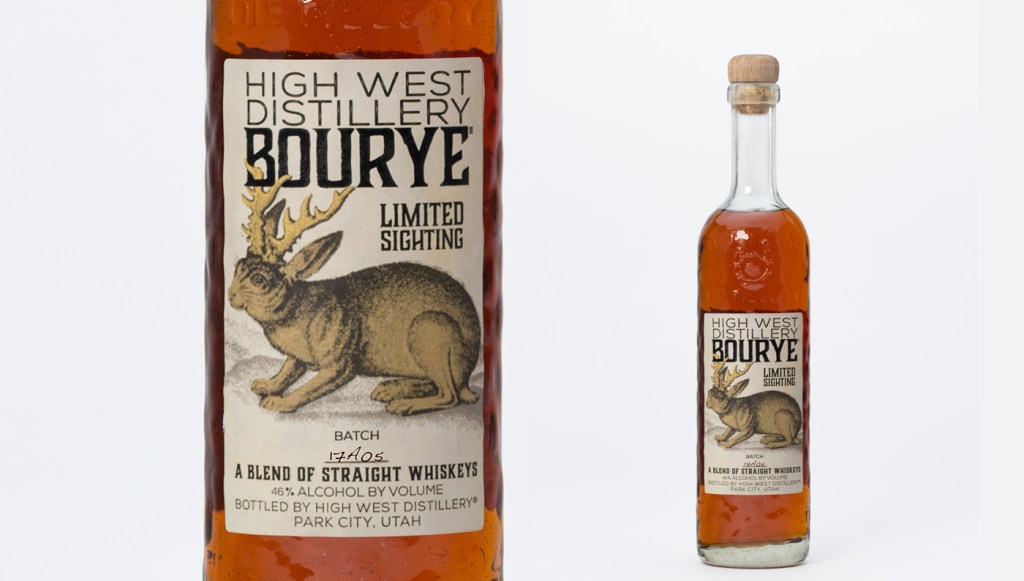 David and Jane Perkins founded High West Distillery in Park City back in 2007. It was liquor-leery Utah’s first legal distillery in 147 years. That got people’s attention. And thanks to the high-quality hooch they produced from the get-go, what started with a 250-gallon still inside an old saloon quickly morphed into an international sensation. Indeed, today you’d be hard-pressed to find a serious whiskey joint in any major city in the world that doesn’t carry High West.

The name of this limited annual release is pronounced “boo-rye,” evoking memories of the late Sportscenter host Stuart Scott’s famous catchphrase. It’s fitting, because Bourye ($80) is the American whiskey equivalent of a homerun. The yearly allocation is a fan favorite that sells out faster than opening day at Fenway.

This is an unusual product—a blend of straight bourbon and straight rye whiskies aged from 10 to 14 years. Rarely do those two styles end up inside the same bottle. The ratio of the component whiskies is a closely guarded secret, but we do know that they come from MGP of Indiana, spirits supplier to Bulleit, Templeton, George Dickel, and Angel’s Envy, among others.

On the nose, vanilla mingles with dried dates and pineapple. Bourye’s flavor profile is not at all unlike a Snickers bar—one that’s been soaked in alcohol, dipped in tart cherry sauce, and sprinkled with mulled spices. There’s some significant heat on the finish, which carries lingering notes of roasted pecans and burnt caramel. It’s recommended you hold the ice and drink it neat or with a few drops of water added to smooth out the rougher edges. (highwest.com)