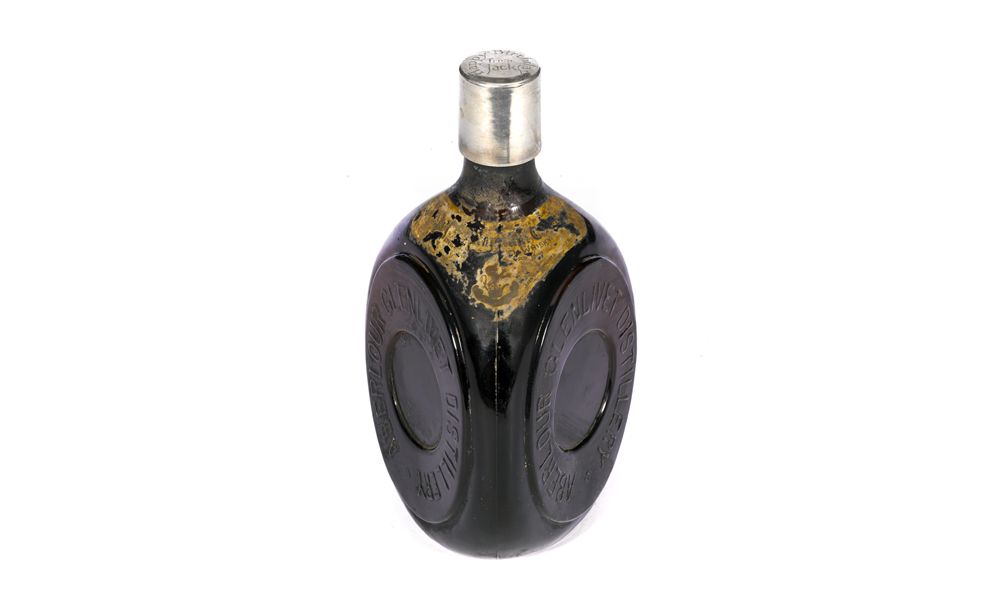 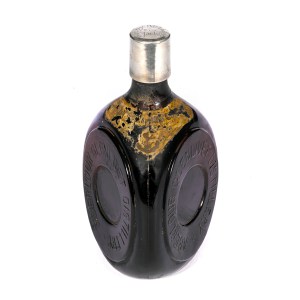 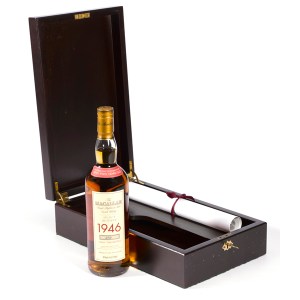 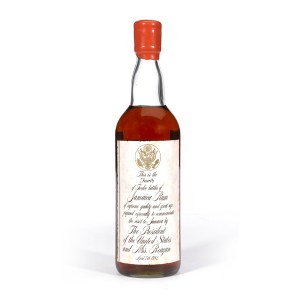 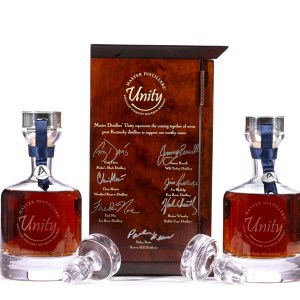 Bonhams October 13 auction of Whisky, Cognac & Rare Spirits will feature a rare Aberlour-Glenlivet scotch whisky bottled by WH Holt & Sons, once in the estate of Kirk LeMoyne “Lem” Billings (1916-1981), President John F Kennedy’s prep school roommate and life-long friend (est. $2,500-3,000). Engraved with a sterling silver capsule reading “Happy Birthday from Jack,” the bottle is believed to be a rare memento of the extraordinary friendship between the two men. Despite declining the President’s 1961 offer to head the Peace Corps, the two were so close that Billings had his own room in the White House during Kennedy’s administration.

Additional highlights with Presidential connections include two bottles of Makers Mark selected for President Ronald Reagan by the George Washington University Hospital doctors who saved the President’s life after the March 1981 assassination attempt. The bottles were selected to honor Reagan’s 1985 inauguration (est. $1,500-2,000 each).  Also available is a bottle of rum complete with Presidential seal and explanatory label. This rum was made from a blend of exceptional Jamaican varieties, including a vintage distilled in 1906 to commemorate President Theodore Roosevelt’s Nobel Peace Prize. This bottle was given to President Reagan to commemorate his 1982 visit to the Island (est. $600-800).

Exclusive cognacs from legendary makers such as Remy Martin, Courvoisier, AE Dor and Martell will also be available. Of special interest is an extraordinary 1802 Lheraud, one of only a handful of bottles of the prized vintage known to exist (est. $14,000-18,000).

Bonhams will also offer the unique Master Distillers Unity bottles from Heaven Hill, an exceptional blend of bourbons from Kentucky’s seven major distilleries. Created in honor of Parker Beam and his fight against ALS, they are bottled in crystal decanters and presented in a wooden display case (est. $1,800-2,500).

Joe Hyman, Bonhams Whisky Specialist, comments, “I’m very pleased to bring this exceptional variety of bottlings to the market. Bonhams is the only international auction house offering dedicated whisky sales in the US, and I’m confident that both collectors and connoisseurs will find what they are looking for at the auction.”

Bonhams Whisky, Cognac & Rare Spirits auction will take place October 13 in New York. Bonhams will host a whisky tasting and preview of the auction highlights on October 10. A catalog will be available at www.bonhams.com/auctions/21015