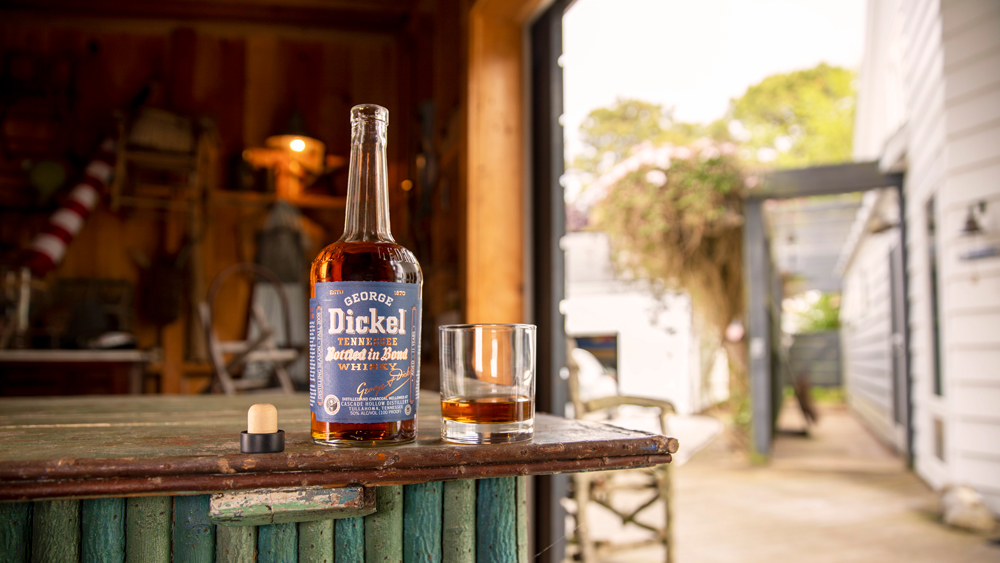 Fifty years ago, a bourbon like Jim Beam’s Old Tub would have found itself on the bottom shelf of most liquor stores. In the decades after the repeal of Prohibition, bottled-in-bond whiskeys like it (a designation meaning it had been aged at least four years in a federally supervised warehouse and was bottled at 100 proof) had met a similar fate. Post-Prohibition, American drinkers developed a taste for lighter, cleaner whiskeys, exemplified by Canadian ryes. Most of these were mixed with neutral grain spirits and bottled at a lower proof for a smoother, milder flavor than traditional American bourbons and ryes. And in the 1970s and ‘80s, the trend was exacerbated by vodka coming to prominence in the spirits market.

The Old Tubs of the world became something of a relic, beloved mainly by older whiskey drinkers, and bonded whiskeys moved to the bottom shelf. Paradoxically, there were better and older whiskeys to choose from—as American whiskey sales declined, barrels were left in the warehouse longer, and bonded whiskeys got aged longer as a result. But despite the upgrade in quality, consumers weren’t buying. Now, that’s all changing. Whiskey drinkers found an affinity for their grandpa’s drink of choice and distillers have started to get creative with the spirit, meaning it’s ascended to the top shelf—back where it was in the first place.

About 120 years ago, a whiskey bearing the legend “Bottled-in-Bond” was a trademark of quality, a symbol of legitimacy. The phrase had only been around since 1897, when some whiskey could still be bought directly from the barrel—you’d bring your own jug and fill it up. Age and proof statements could be accurate, but there was no way to tell. Likewise, the liquid could be artificially flavored or colored with just about anything, including tobacco, iodine, or turpentine. A fair share of rubes and charlatans were selling what was essentially poison masquerading as whiskey. It got so bad that the U.S. government was compelled to step in. The certification they created, “bottled-in-bond” whiskey, followed strict, federally mandated and overseen guidelines. It had to be distilled at a single distillery in one six-month distilling season. It had to be aged at least four years in a federally bonded warehouse, to prevent the booze from adulteration with anything from artificial coloring to turpentine. And it had to be bottled—no more barrels and jugs—at exactly 100 proof (50% alcohol by volume), to ensure it wasn’t watered down. The fact that it tasted pretty good didn’t hurt matters any.

Bottled-in-bond, along with a little thing called Prohibition, helped put an end to the lawless, Wild-West landscape of American whiskey. In the wake of Repeal in 1933, smaller distilleries largely disappeared, many of them gobbled up by bigger conglomerates who were better at policing themselves when it came to what went into their product. And as Americans faded away from bourbon and rye whiskey after WWII, the bonded variety ventured downward in the spirits pecking order too.

In the last decade, bottled-in-bond was rediscovered by a new generation of whiskeyphiles. In an era where plenty of craft whiskey startups are releasing younger bottlings, a four-year age statement seems downright mature in comparison. They’re beloved by bartenders—100-proof whiskey is suitably robust to hold its own in cocktails—but they’re not too strong to sip, either neat or on the rocks. And the price, until recently, was right. Even five years ago, it was unusual to find a B-in-B expression for more than $30 a bottle. But as its popularity grew, that changed. Four years was the minimum required age for bottled-in-bond, but distilleries started aging theirs longer, making the bottles fancier… and hiking up the price as a result.

Still a value after all these years.  Photo: courtesy Tony Sachs

Now, even Jim Beam’s Old Tub is back. It’s been available exclusively at the Beam distillery in Clermont, Kentucky, but for a limited time it’s going nationwide. This is old-school B-in-B (4 years old, 100 proof) right down to its extremely affordable $23 price tag. It’s also one of the few non-chill filtered expressions offered by Beam, which harkens back to whiskey’s good old days, and it’s also sure to please the whiskey heads who believe chill filtration, which prevents the liquid from getting cloudy at cold temperatures, also takes away from the texture and the flavor of the final product. This is a terrific everyday bourbon — straightforward, to-the-point, with big notes of vanilla, caramel and oak, and a pleasantly spicy finish. It makes a solid Manhattan or Old Fashioned, and if you’re too lazy for cocktailing, it’s also tasty with a splash of water or an ice cube. There isn’t a whole lot in the way of subtlety or nuance, but that’s not what Old Tub is meant for.

George Dickel’s latest Bottled-In-Bond Tennessee Whisky (msrp $40) distilled in 2008 and aged 11 years, is a delicious throwback to the “dark ages” of bottled-in-bond. Tennessee whisky is, in this case, technically a bourbon, though Dickel, like Jack Daniel’s, charcoal filters its whisky—which doesn’t make it not a bourbon, but Tennessee distilleries like to differentiate their product from their Kentucky brethren.

Eleven years of aging gives the Dickel more depth and complexity than a typical 4-year-old, with dark chocolate, roasted pecan and oak predominant, along with hints of dried apple and raisin. It’s affordable enough to use as a mixer in any cocktail that calls for bourbon—the chocolatey notes are great for a mint julep—but it’s a tasty enough sipper that you may not want to bother. The comparatively low price would have been a necessity in previous decades. Today, it could easily sell for two or three times the suggested retail price (and there are plenty of retailers who are doubtlessly doing just that), but Dickel distiller Nicole Austin purposely priced it low because she wants people to drink it rather than treat it as a keepsake. Given its limited edition status, laying in a few bottles now for future use may be advisable.

The price is already shooting up on this recent release.  Photo: courtesy Tony Sachs

At the highest end of the spectrum is Wild Turkey’s Master’s Keep Bottled In Bond (msrp $175), a 17 year old elaborately packaged limited edition that’s clearly aimed at connoisseurs and collectors. It aims to reclaim the top shelf for the bottled-in-bond category, and it succeeds. Most 17-year-old bourbons are all but undrinkable—whiskey ages much faster in the Kentucky climate than it does in Scotland—so it’s a testament to the skill of master distiller Eddie Russell that he found 14,400 bottles’ worth of long-in-the-tooth whiskey that’s not just palatable, but spectacular. Its flavor profile is characteristic of elder-statesman bourbon, with oak and leather mingling with clove, cinnamon, burnt caramel, and toasted marshmallow, but balanced out with a citrus tang and a vanilla-ginger zing. As a sipper, it’s sublime. As a mixer… well, you wouldn’t want to detract from the whiskey, so it’s not recommended.

The best part of bottled-in-bond’s revival is that there’s now a bonded whiskey for every need, whether you’re looking for a no-frills mixer or a top-of-the-line sipper. And when they’re made right, all of them have a lot to offer the open-minded whiskey drinker.