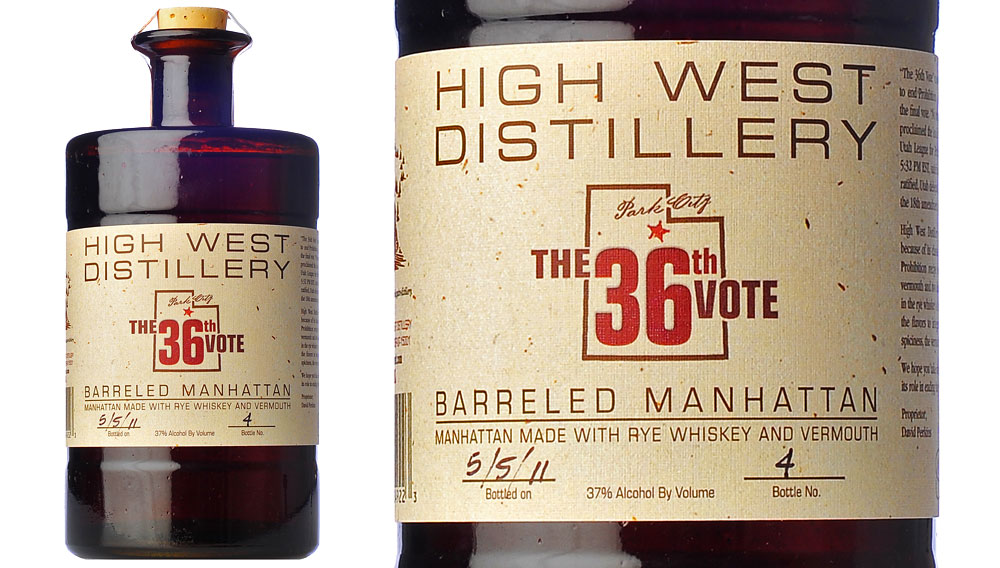 Chances are you may have noticed some new fixtures on the back bars of your favorite cocktail lounges. No, we’re not referring to lights or libations per se, but rather to wooden barrels—relatively small, 3-liter ones, as compared to the larger oaken casks normally used to store aging spirits and wines. These bar-sized barrels contain premixed cocktails that are developing increased depth, flavor, and finesse. And it’s all accomplished by the relatively simple process of premixing a large batch of cocktails and then, instead of serving them in multiple glasses, pouring them into these mini-barrels for further aging. Interestingly, this is often done with cocktails made from spirits that are already aged, such as scotch, rye, or bourbon. But barrel aging works equally well with certain unaged spirits, such as gin, which readily picks up the nuances of the oak, especially if it has been preseasoned with bourbon or sherry.

By all accounts, the modern concept of barrel aging cocktails was pioneered by an innovative mixologist named Jeffrey Morgenthaler, the bar manager of Clyde Common in Portland, Ore. A few years ago, Morgenthaler was inspired by the internationally known UK cocktail guru Tony Conigliaro, whose London-based Drink Factory and “bar-with-no-name” have been responsible for not only reinventing many cocktails but redefining their ingredients. Noting that Conigliaro was aging Manhattans in bottles to smooth out the flavors of the ingredients, Morgenthaler decided to do the same with used American oak barrels. “I thought wood would give it another dimension,” he says. And it did; the experiment was a success. Barrel-aged Manhattans have become a Clyde Common favorite, and barrel-aged Negronis are now a staple on the cocktail list. Morgenthaler reports that he typically has 15 barrels of various cocktails aging at any given time, with two barrel-aged cocktails always on the menu. Soon the concept of barrel-aged cocktails spread across the country, as other mixologists learned of the practice and began trying their hands at this trendsetting technique.

At André’s acclaimed French Restaurant at the Monte Carlo Resort and Casino in Las Vegas (www.andrelv.com), the beverage director, Patrick Trundle, has already introduced a number of barrel-aged cocktails. Most notable are the Martinez—rumored to be the original martini—and the Opera, made with gin, Dubonnet Rouge, and Grand Marnier. The 3-liter barrel that Trundle uses yields approximately 33 cocktails, served straight up.

Over at Sage at Aria Resort & Casino (www.arialasvegas.com/dining/restaurants/sage), in Las Vegas’s City Center, the celebrated chef (and restaurant creator) Shawn McClain’s philosophy of using only locally produced products has found its way into the restaurant’s cocktail lounge as well, with some of the house libations now being barrel aged. For example, the Empire State is Sage’s take on the Manhattan, but with an herbaceous twist, an orange twist, and a brandied cherry. This hearty, filling, and almost decadent barrel-aged cocktail consists of 1 ounce each of small-batch Hudson Rye from New York, Art in the Age artisanal root liqueur (which lends a spicy sarsaparilla note to the drink), and Punt e Mes Italian vermouth, plus four dashes of Angostura bitters. Sans the orange twist and cherry, which constitute the garnish, the liquid ingredients are barrel aged from four to six weeks in ex-rye American oak whiskey barrels obtained from the Hudson distillery.

“We do periodic tastings to gauge its development in the barrel,” says Michael Shetler, Aria’s former director of beverage, “as we don’t want to put too much wood into our wood-aged spirits.”

Five to six weeks seems to be the average length of time for aging cocktails, and the smaller size of the barrels accelerates the aging process, due to the greater wood-to-spirits ratio. In fact, this is something you can try at home. All you need is a barrel (just make sure it doesn’t leak) and the cocktail of your choice—in larger than single-service proportions.

But if you don’t wish to play the waiting game, you can purchase ready-made barrel-aged cocktails, which emulate the pre-Prohibition practice of storing aged cocktails in barrels and bottling them as they were sold. Two great examples come from High West Distillery of Park City, Utah (www.highwest.com). First was the 36th Vote ($49.99), a barrel-aged Manhattan named in honor of Utah’s casting the 36th—and deciding—vote to ratify the 21st Amendment, which ended Prohibition. Made with an old pre-Prohibition recipe that incorporates two parts of rye whiskey to one part of sweet vermouth and two dashes of bitters, the cocktail is aged in ex-rye whiskey barrels for 90 days. Then came High West’s Barreled Boulevardier ($49.99), a mixture of bourbon, Vya sweet vermouth, and Gran Classico, a bitter amaro from Switzerland. It is an aged version of the Boulevardier cocktail, which in turn was named after an early-20th-century Parisian literary magazine that came to reflect wealthy and fashionable men who only frequented the most up-to-date saloons.

Which, of course, is where one will most certainly find aged cocktails today.