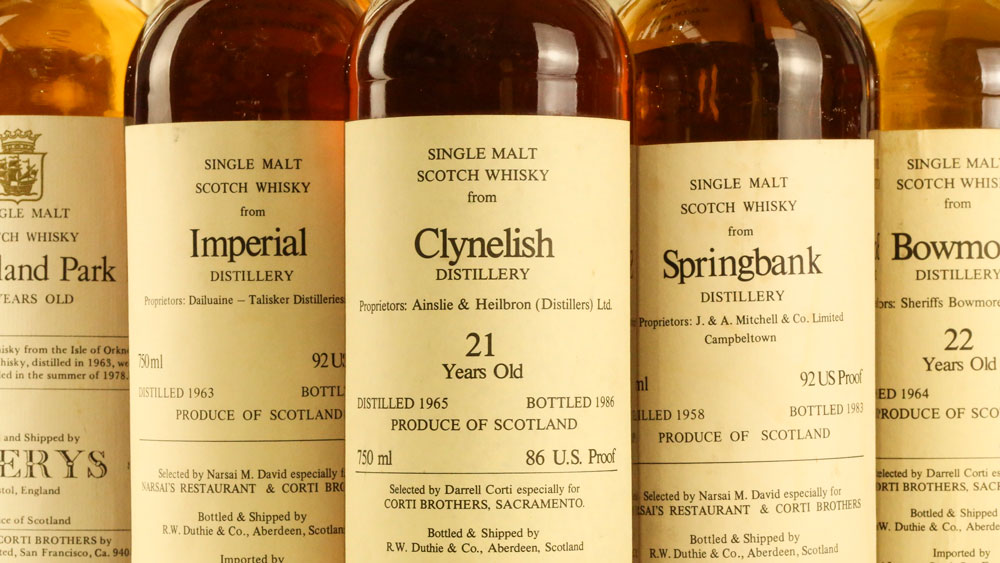 Darrell Corti is also fond of old-world whisky, and during a downturn in the market in the 1980s, he started buying up casks full of Scotch from iconic distilleries like Clynelish and the Macallan. He contracted Aberdeen-based R.W. Duthie Co. to bottle the whisky before importing and selling it under the family name. Over the years, these highly sought-after whiskies came to be known as Duthie for Corti bottlings.

Earlier this month, a Scottish-based online auctioneer liquidated the world’s largest known private collection of rare Corti Brothers whiskies. Twenty-six bottles, which previously belonged to a whisky enthusiast in the U.K., were auctioned off individually, fetching a total of £52,865 ($73,524) from nine winning bidders.

The one-off Duthie for Corti auction was another successful stroke for Perthshire firm Whisky Auctioneer, which formed in 2013 and recently made waves with the sale of a 30-year-old bottle of 1964 second-edition Black Bowmore single malt for a record £11,900 ($16,673).