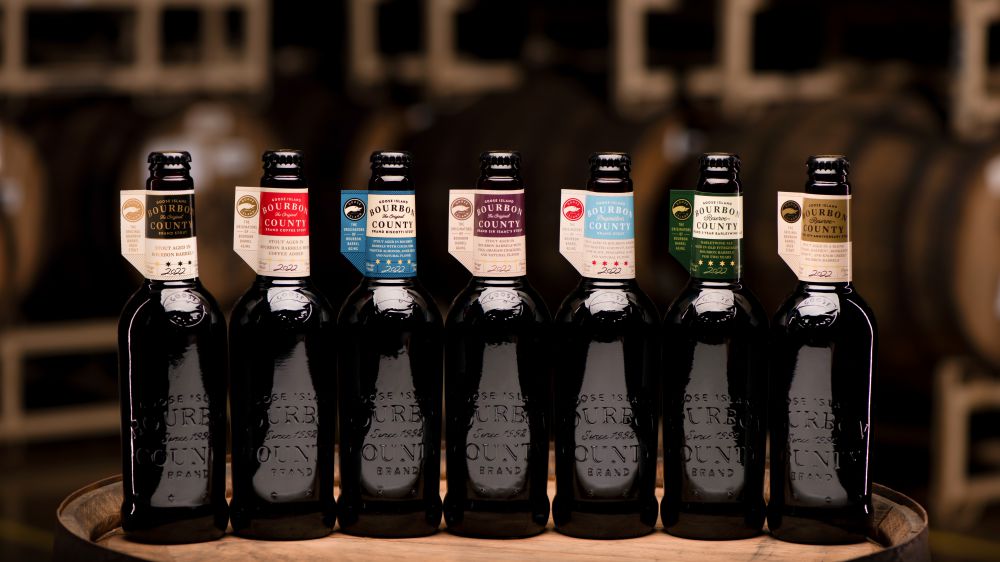 The 2022 lineup of Goose Island’s annual Bourbon County Stout collection has just been announced, and it includes beer aged in barrels from Kentucky bourbon distilleries you know and love like Jim Beam and Heaven Hill.

Goose Island brewmaster Gregory Hall created the Bourbon County Stout collection in 1992 after meeting legendary Jim Beam master distiller Booker Noe and deciding to age the beer in bourbon barrels. In the three decades since then, this collection has attained cult status, with beer and whiskey fans eagerly awaiting the announcement to find out what’s in store for that year. In addition to bourbon barrel aging, Goose Island has some other tricks up its sleeve this year, but it can all be traced back to the beginning. “It’s incredible to think about how a chance encounter between Booker Noe and Greg Hall, 30 years ago, was the catalyst for the first-ever bourbon barrel-aged beer,” said Jon Marks, senior director of Global Small Batch for James B. Beam Distilling Co., in a statement. “It’s clear to us that because both men were true visionaries, valuing new ideas and authenticity, something truly great was created. We are proud to see the full Small Batch Bourbon Collection come together in this year’s Bourbon County Stout, which is a fitting tribute to the incredible legacies that began 30 years ago.”

There are seven different beers released this year with some interesting flavor profiles that sound intriguing and higher- than-average alcohol content. They are as follows:

The Bourbon County Stout collection will be released, as it is every year, on Black Friday this November just after Thanksgiving. The beer is easier to get now than it was 30 years ago, with the backing of Goose Island parent company Anheuser-Busch InBev, but you should still expect to find long lines of hops heads waiting to snag the entire collection when it’s released (prices determined by individual stores).