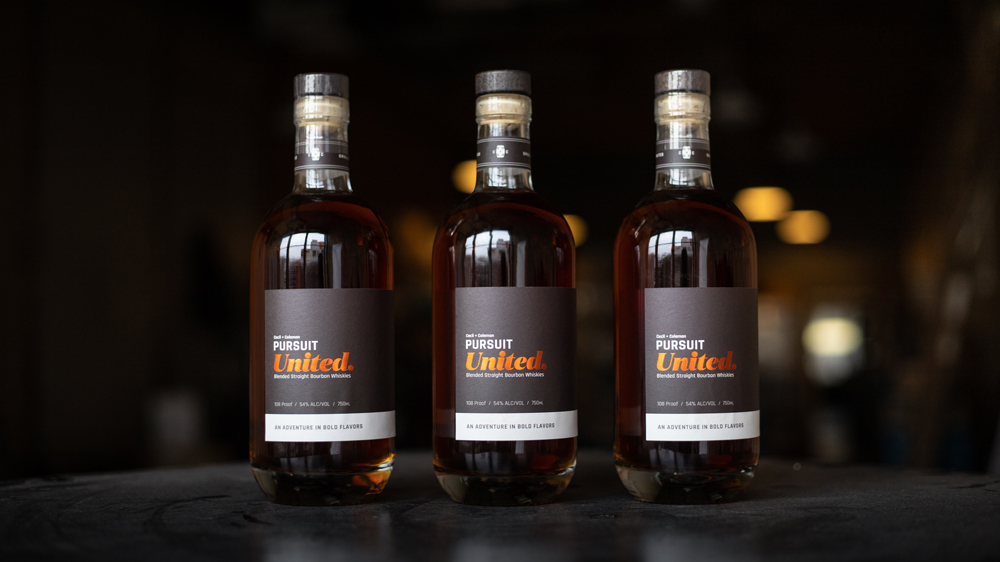 In art, and apparently in whiskey, sometimes the critics become the creators. For example, Peter Bogdanovich and François Truffaut both started out writing about movies before making them. In a move not quite as lofty, but still noteworthy, the guys behind the popular Bourbon Pursuit podcast, Ryan Cecil and Kenny Coleman, have been releasing single barrel bourbons sourced from different distilleries for the past few years as part of their Pursuit Spirits brand. True, this is not quite the same thing as actually creating the whiskey, but picking barrels is no small task requiring a good deal of knowledge, skill and taste. The latest of this series arrived in July as Episode 44, a seven-year-old bourbon from New York’s Finger Lakes Distilling. But most recently, the guys decided to release a blend of straight bourbons called Pursuit United, and the results are quite good.

The first Pursuit United release came out in January of this year, and this new installment was released in July and will be the last release of 2021. The whiskeys in the blend come from three different states: Kentucky (Bardstown Bourbon Company), New York (Finger Lakes Distilling wheated mash bill), and Tennessee (undisclosed distillery, but not from Tullahoma which rules out usual suspect Cascade Hollow). The age range of the liquid is about four to five years old, it’s bottled at 108 proof, and the whiskey is non-chill-filtered, something the team says gives it “more barrel character.” This is a larger release than the first, with 40 barrels in the blend making it four times as big, yielding just over 9,000 bottles available in select states and online for $65.

Cecil and Coleman did a nice job selecting the barrels and deciding on the blend here. The nose leads off with Creamsicle and butterscotch ice cream shell notes. This is followed by a palate full of oak, orange, caramel and rich chocolate syrup flavors. And the finish fades into a warm finale of spice, cherry pie and toasted pecan. Overall, this is an interesting bourbon and a testament to the thought and skill that goes into blending whiskey from different distilleries. It’s not just as simple as finding barrels you like and mixing them together; it’s all about proportionality, matching complementary flavor profiles and settling on the right proof for bottling. More small batch blends of barrels from disparate distilleries are coming to market each year, so it’s good to see (and more importantly, taste) one like this that has been artfully pieced together.