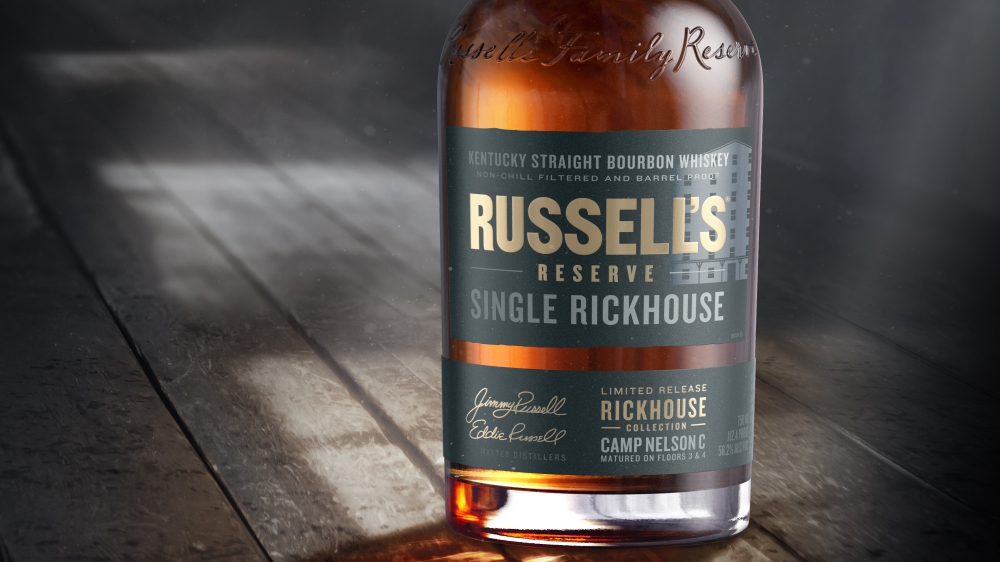 Most of us are familiar with the concept of terroir in the wine world, and more recently scotch whisky has been getting in on the act as well by highlighting barley varietals, single farms and cask types. But this new bourbon from Russell’s Reserve is an attempt to show the effects of a specific warehouse on the flavor of the whiskey. So is it the real deal or a bit of ridiculousness?

Russell’s Reserve is part of the Wild Turkey brand, named after the family that has held the master distiller title at the distillery for decades. Russell’s Reserve Single Rickhouse (what they call a whiskey warehouse in Kentucky) is a new series from the brand, with each release highlighting the effects of a specific maturation location on the flavor of the whiskey. The inaugural expression is a blend of 72 barrels from Camp Nelson C, a rickhouse that was built in 1946 and decommissioned and dismantled in 2021 due to “natural causes and aging,” according to a rep for the brand. While the term “single barrel” is a common one in the bourbon world, referring to a bottling that comes from just one barrel, “single rickhouse” is less familiar—but likely we’ll be seeing more of. According to the distillery, Camp Nelson C was made from timber and tin and located on top of a hill, allowing air to circulate freely and naturally regulate temperatures, providing an excellent maturation environment. Master distiller Eddie Russell picked barrels from the third and fourth floors for this bottling, also referred to as the “center cut.”

Ultimately, Eddie’s father Jimmy, a verifiable Kentucky bourbon legend, and son Bruce all tasted the whiskey and had a hand in approving the final blend. “When I tasted this liquid from Camp Nelson C, I knew it deserved its own place in Russell’s history,” Eddie Russell said in a statement. “It’s a little different from what folks have come to expect from our whiskies, and even though we all personally enjoy different flavor profiles, Dad, myself and my son, Bruce all agreed instantly–this is a once in a blue moon kind of whiskey and deserving of being the first release in this special series. We hope everyone enjoys it as much as we do.”

Tasting notes for this bourbon are intriguing—the nose leads off with sweet vanilla and caramel moving into brown sugar; this is followed by coffee, apple, dried fruit and caramel on the palate; and it all wraps up with oak and spice on the finish. The bourbon is aged for a minimum of ten years, non-chill filtered and bottled at barrel proof of 112.4. The first bottles were donated to the Kentucky Bourbon Benefit: Team Eastern Kentucky Flood Relief Auction this month, so hopefully those contributed to raising money for the victims of this natural disaster. The main release will be available starting in October with an SRP of $249.99 at the distillery and select retailers (although it’s a safe bet the latter will be doubling, tripling or sextupling the price).

So does a single rickhouse release really prove the concept of warehouse as terroir? Indeed, each maturation location has its own unique effects on whiskey because of differences in temperature and humidity; even in one warehouse barrels will taste differently based on where they are located. It’s really a concept that is hard to definitively prove or disprove, especially as you continue to sip and ponder, but this is one debate that is literally tasteful.