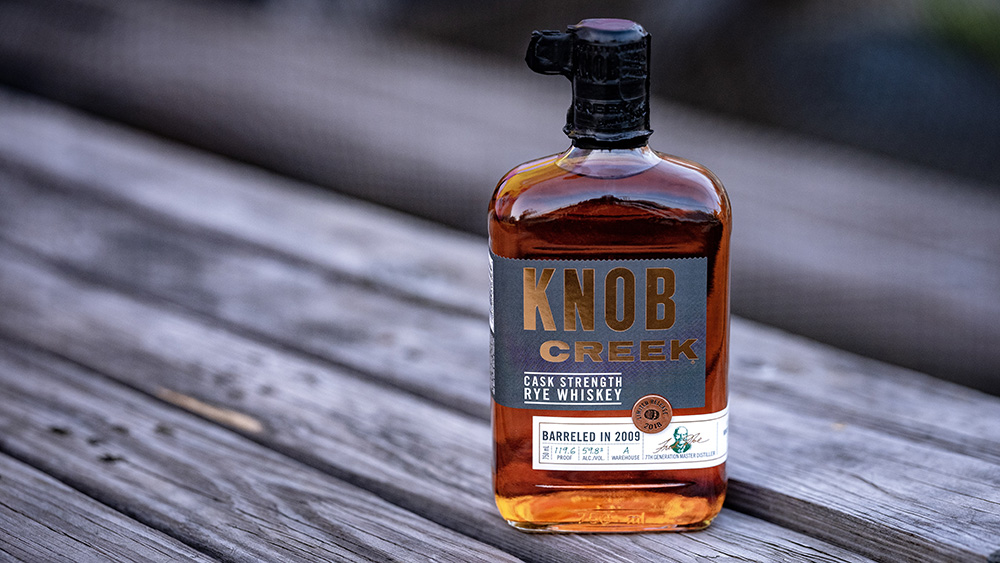 One of the many joys of summer weekends is that it stays lighter later, which extends the al fresco cocktail hours, an especially useful perk while dominating the grill as those steaks and dogs slowly sizzle to perfection. And nothing makes time spent under a warm sun and over hot coals more enjoyable than sharing suitable snifters of premium spirits with friends. So here are five bottles to help make your meat master and sipping sessions even more memorable.

How can anyone fire up the grill without having a glass of America’s native spirit nearby, especially when it carries the mantra of the late Booker Noe, Jim Beam’s great grandson and the originator of Booker’s, which is always bottled unfiltered and uncut. Appropriately, this latest limited edition, the second release in the 2018 Booker’s Bourbon Batch Collection, is called Booker’s Backyard BBQ, ($75) and carries an illustration of the Beam’s family’s vintage barbeque grill. “Dad loved hosting his famous ‘bourbon-ques’ throughout the Kentucky summer,” recalls his son, Fred, 8th generation Beam master distiller. “These barbeques always included his famous pork chops flambéed with Booker’s bourbon.” Aged for 6 years, 2 months and 10 days and bottled at 128.8 proof, the spirit is loaded with maple, vanilla and cherry-oak notes. A splash of water or an ice cube is recommended.

If you can’t decide between scotch or tequila, this new limited edition will solve your dilemma. After spending eight months mellowing in American white oak barrels, this reposado ($60) is then finished for an additional 30 days in casks that had previously been used for aging Buchanan’s Blended Scotch Whisky. Don Julio master distiller Enrique de Colsa spent nearly three years perfecting this innovation, which results in a smooth, buttery flavor rich in thick agave crispness with underlying hints of fruit – perfect for pairing with a grilled sausage nestled in a thick, warm roll.

The muscular Knob Creek whiskies – one of the meatiest of the small batch bunch – retains its “pre-Prohibition style” characteristics with this Cask Strength Rye ($70). But don’t confuse this limited edition— with its distinctive copper colored disk affixed to the label—with Knob Creek’s Straight Rye Whiskey. This cask strength version takes rye whiskey connoisseurs into an entirely new realm. Aged for nine years in Warehouse A, the oldest standing rackhouse at the Jim Beam distillery, and bottled uncut and unfiltered at a back-slapping 119.6 proof, it is big, bold and spicy, thick with rye’s distinctive gentle earthiness accented by charred oak, honeyed cherries and spicy citrus.

A blend of rums aged from 12 to 16 years in lightly toasted American oak barrels, this is the rum that has been traditionally served and savored by members of the Bacardi family. But beginning in 2003, visitors to the Bacardi visitor center in Puerto Rico were able to buy this Cuban-style limited edition. Word—and demand—gradually spread and in 2010 it was finally made available in the United States. Now the Gran Reserva Limitada ($100) has been handsomely repackaged and given a sophisticated look that reflects its gentle candied oak, cedar  and marzipan flavors. This is a rum to be sipped neat, ideally accompanied by a Fuente Hemingway cigar.

James ‘The Major’ Grant was an ingenious inventor, a charismatic entertainer and a world traveler. Just the person you’d want to invite to your barbeque. Besides, he and his brother John owned a distillery. But that was back in 1840. Today, Dennis Malcom, Glen Grant’s current master distiller and one of the longest tenured master distillers in Scotland, might also warrant an invitation, because he crafted this 15 year old whisky ($80) at 100 proof—batch strength—to bring an intensified expression to the signature Glen Grant style. Distilled in 2007, matured in first-fill ex-bourbon casks, and bottled, non-chill filtered in 2017, the result is a single malt full of sweet citrus and toffee, accompanied by spiced pears, tangerines and vanilla, with a slightly nutty finish.