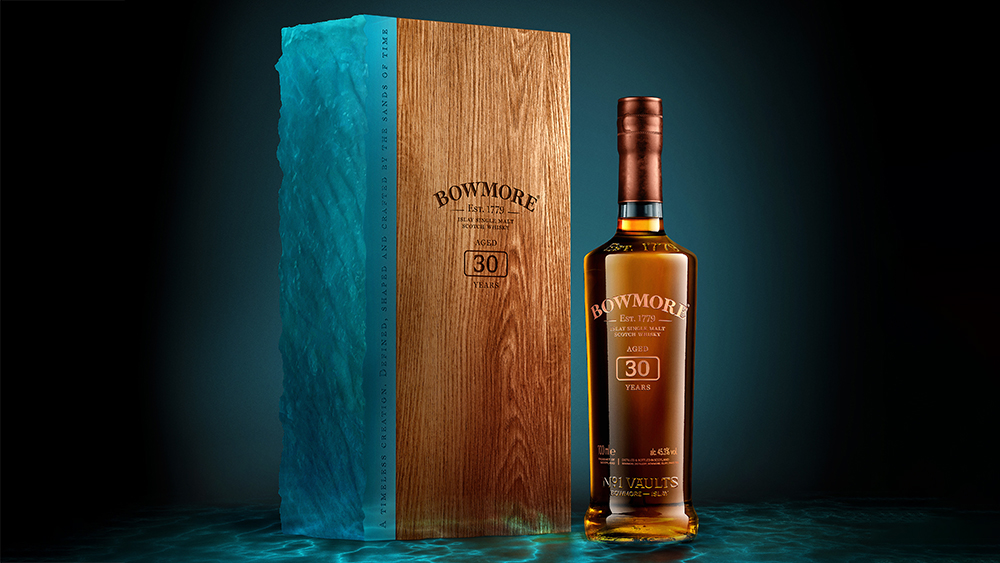 The year 1989 was a helluva time. Tim Berners-Lee invented the world wide web, the Berlin Wall came down and Bowmore set aside some prized single malt for the scotch connoisseurs of the future. At last, said spirit is finally ready for sipping.

The 30-year-old in question was matured for three decades in the finest sherry hogsheads and bourbon barrels within the storied Bowmore No. 1 Vault (one of the world’s oldest maturation warehouses). Like the internet, the expression has evolved over time yet is colored by its history.

Selected from just two casks each year, Bowmore says the coveted drop has the past 30 years at the very core of its character. With a burnished gold natural color, the whisky is bottled at a cask strength of 45.3 percent and features what the distillery describes as a “rich fruity and subtly smoky style.”

Distilled in 1989, the single malt was aged for three decades.  Bowmore Distillery

Sippers can expect aromas of Scottish heather, bananas, peaches, pineapple, vanilla and butterscotch. On the palate, tropical fruits and honey combine with notes of peat and eucalyptus. The finish, meanwhile, promises to be warm and lingering.

“By adding an ongoing 30 Year Old Bowmore to the portfolio, we are able to showcase how vital the length of time spent in casks shapes and influences our spirit, making it even more exceptional and full of character,” the distillery’s manager David Turner said in a statement.

Beyond the scotch itself, the handsome packaging pays tribute to the terrain that surrounds the historic 242-year-old distillery. The box takes cues from the “detailed markings on driftwood” as well as the “refined polish of sea glass” to reflect the whisky’s eternal connection with Islay.

As to be expected, this rare release is not in abundant supply, nor is it cheap. Only 2,580 bottles of the Bowmore 30-Year-Old will be made available globally. Bottles will roll out from January and are priced at $2,500 a pop.