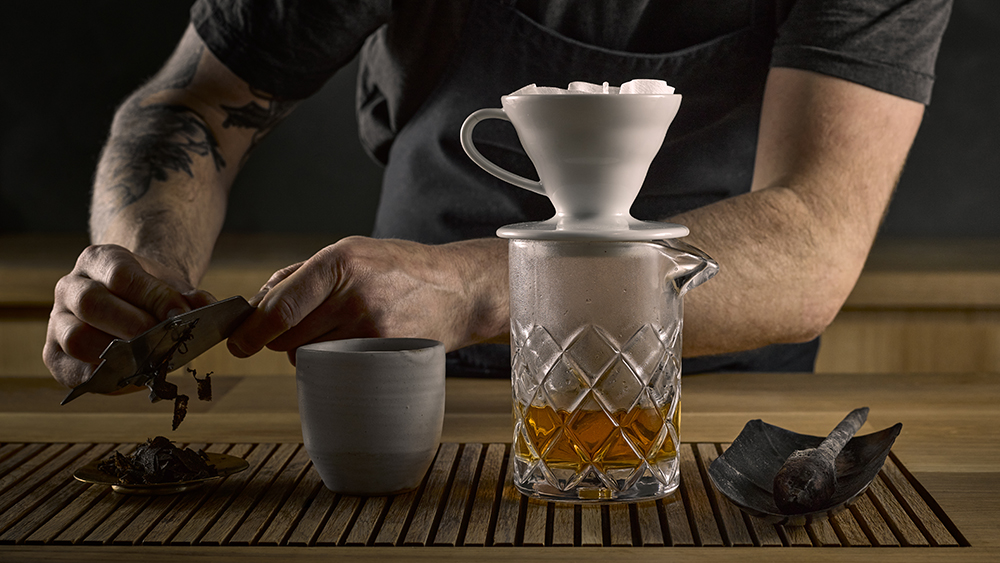 Boxer, opened in July in Auckland, New Zealand, by chef Ed Verner next to his acclaimed restaurant, Pasture, is a tiny, 11-seat bar with ungarnished drinks. But don’t let the size and simplicity fool you: Those 11 spots promise a front-row seat to a singular drinking experience with world-beating ambitions.

Every liquid poured here is exclusive to Boxer. Verner and creative partner Hillary Eaton, a food and travel writer previously based in Los Angeles, collaborated with New Zealand spirits producers on various small-batch creations, like the barrel of Thomson white whisky currently aging at the bar or the Boxer-specific plum sake made by Zenkuro, New Zealand’s only sake brewery. Verner also uses a rotary evaporator to distill his own spirits and mixers, starting with everything from wood-smoked pineapple skins to jalapeño chiles (featured in a refreshing and surprisingly un-scorching rosé wine spritz) to Parmesan cheese, which is combined with clarified banana and Apricot Wild Fermented Sour Beer, created with the country’s premier craft brewery, Garage Project.

But despite the gadgets and exacting craftsmanship, Boxer isn’t a place for liquid-nitrogen smoke shows, as Verner is quick to point out.

“You look at the Aviary”—chef Grant Achatz’s high-concept cocktail bar in Chicago—“and there’s so much fucking fat” to the execution, he says. “But here it’s wafer-thin. It’s a glass that weighs nothing. It’s a crystal-clear ice cube. All the cocktails look quite linear and the same. It’s purely about what’s in the glass.”

Eaton says the mission is innovation. “From all our travels, we want to look at all these gaps we’re seeing in the bar world and see how a chef’s perspective can create something really different,” she says. And it’s undoubtedly a chef-run experience in terms of both the drinks and the food, served as small, kaiseki-style offerings but executed with the same vision and craft that put Pasture on Food & Wine’s World’s Best Restaurants 2020 list.

“Boxer is a true chef bar,” Verner says. “When you order dishes at Boxer, a chef at Pasture will cook it, step off the line and bring it to the bar.” Those dishes include a kelp-smoked osetra-caviar donut and aged Wagyu beef tartare with sorrels, greens and local edible flowers that Verner forages himself.

But for all of Boxer’s austerity and conceptual rigor, a hint of showmanship still seeps in: Verner adds smokiness to a whisky cocktail by plunging Pasture’s red-hot fire poker into the liquor before adding distilled coffee water and shaved truffle. Because what’s the point of trying to be the world’s best bar if you can’t have a bit of fun along the way?