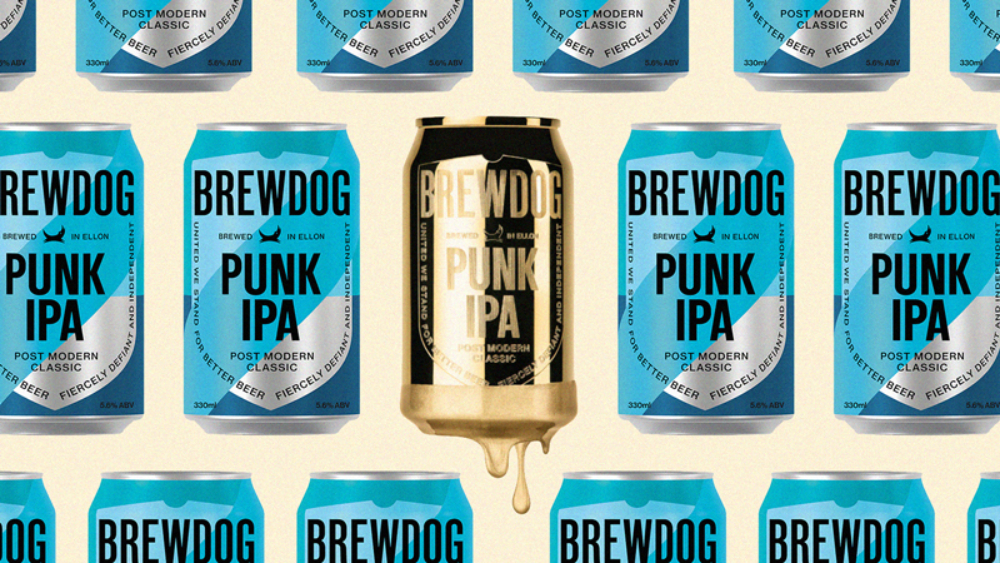 While the prospect of finding a golden ticket is exciting, there’s nothing like stumbling upon some real precious metal, and Scotland-based BrewDog is making that dream a reality. The multinational brewery and pub crafted 10 solid 24K gold versions of its Punk IPA, which it placed at random in 12-, 24- and 48-can bundles shipped from its online store. Each one is worth £15,000 (a little over $20,000 at current exchange) and comes with £10,000 in company stock (about $13,500) and a VIP tour of the brewing facility. The brewery indicates that nine of the 10 have been claimed, which means you still have time to win one.

The needle-in-a-haystack competition won’t be officially over until all ten have been claimed, the lucky imbibers confirming their prize by contacting BrewDog using details printed on a golden label. And with a 12-pack from the brewery currently going for a very reasonable £14.95, the barrier to entry remains low and the potential for great rewards high.

Dear People Of The World,

10 solid gold Punk IPA cans are hidden in Punk 12-packs which will ship from our online shop over the next 4 weeks.

Winners receive a gold can worth £15K, £10k of BrewDog shares & VIP tour of our Brewery.

Announced via Twitter by the company’s co-founder James Watts, the contest isn’t merely a nostalgia trip. The Covid-19 pandemic has hit sales of alcoholic beverages especially hard with restaurants not operating at full capacity and large, celebratory gatherings out of the question.

According to what Beverage Marketing Corporation consulting analyst Nathan Green told a beverage industry trade in November, the indie craft beer market was worth $29.3 billion in retail spending last year. However, production of that same beer was down around 10 percent in the first half of 2020 and has continued declining. The potential of finding a can worth tens of thousands of dollars is exactly the kind of incentive that could once again drive growth. It doesn’t hurt that each of the gold cans is crafted by the same smiths who make the Ryder Cup and FA Cup trophies.

The sudden downturn has created something akin to whiplash for the craft beer industry, which was enjoying blockbuster success prior to the pandemic outbreak. Though regular beer sales were down, sales of the craft variety were up and only expected to increase. Here’s hoping a golden touch will have the digital tills ringing once more.