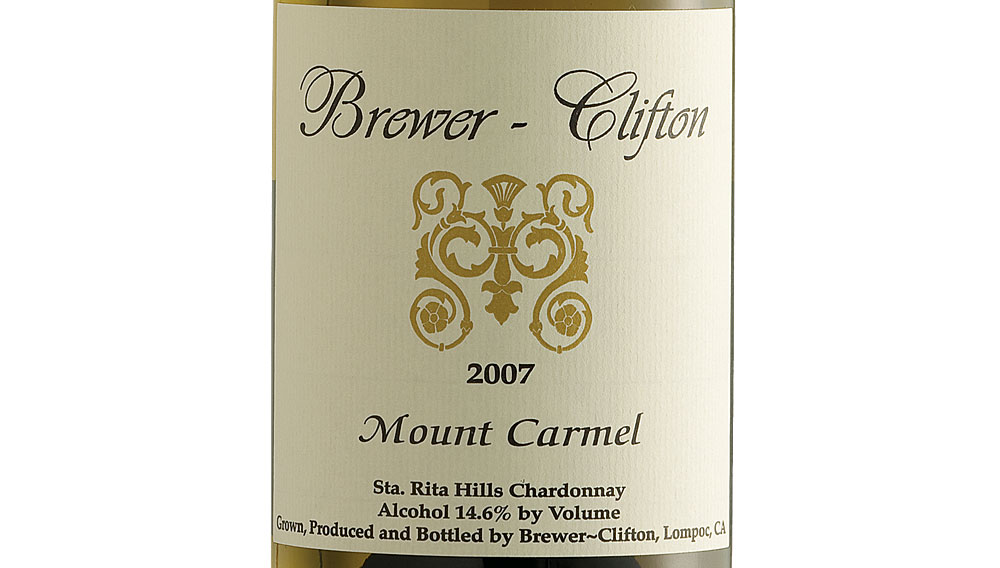 Santa barbara county winemakers Greg Brewer and Steve Clifton have contributed significantly to shaping the Santa Rita Hills region’s reputation as the Côte d’Or of California’s central coast. This stretch of countryside at the western end of the Santa Ynez Valley and the eastern end of the Lompoc Valley possesses not only a unique topography (its hills and mountains run east to west, rather than north to south), but also singular diatomaceous soils. Composed of the fossilized remains of microscopic sea organisms, this white, powdery earth imparts lean minerality and bright acidity to the Pinot Noir and Chardonnay grown there. A masterful mingling of austerity and opulence, the Brewer-Clifton 2007 Mount Carmel Santa Rita Hills Chardonnay (www.brewerclifton.com, $75) evokes subtle aromas of peach and key lime made more piquant by a delicate thread of fresh anise; yet the soul of this wine is its vigorous structure and long briny finish.