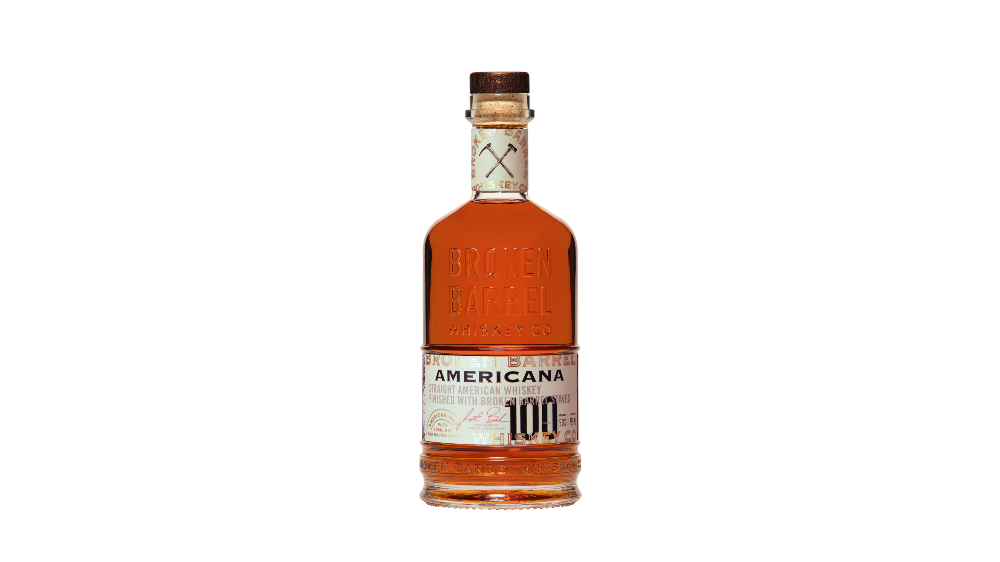 One of the biggest influences on a whiskey’s character is the time it spends inside a barrel soaking up color and flavor. But there are a few brands that are flipping the script and adding barrel staves directly into the whiskey as a cask finishing technique instead of dumping the liquid into new barrels. And LA-based Broken Barrel Whiskey Co. is one that is leading the charge.

While it is becoming more creative and popular, this cask-finishing technique isn’t really new. Maker’s Mark started doing this back in 2010 with its Maker’s 46 expression, which has seared French oak staves inserted into barrels of bourbon. While Broken Barrel clearly looked to this whiskey as inspiration, it has gone much further and even come up with the concept of its trademarked “Oak Bill,” a barrel and wood version of a mash bill. The whiskey is sourced from Kentucky’s Green River Distilling, which has been making whiskey since 2016. There are several different expressions in the company’s lineup, and all of them share one thing in common—they are finished by submerging barrel staves into the whiskey, ranging from sherry to bourbon to wine to apple brandy.

The latest release is called Americana, the fifth to join the core lineup. The mash bill for this whiskey is 80 percent corn, 14 percent rye and 6 percent malted barley, and it’s a blend of four-year-old corn whiskey and younger bourbon. The Oak Bill for this new release is as follows: 40 percent charred American oak, 40 percent toasted American oak and 20 percent American apple brandy cask. “Previously, we offered a selection of Rare Americana offerings as part of our single barrel program for private groups and retailers,” said Seth Benhaim, Broken Barrel founder and CEO, in a statement. “The new Americana 100 proof whiskey was inspired by those bottlings, but is a much more accessible offering for Broken Barrel fans to enjoy regularly.”

Another recent interesting release from Broken Barrel was Luciferous, an American single malt with an Oak Bill of 80 percent amaro barrels and 20 percent French oak staves. There are a few other distilleries and brands putting wood into their whiskey as well, including Colorado’s Distillery 291 and Penelope Bourbon, not to mention the continued experiments from Maker’s Mark. And there are even some that are inserting staves directly into the bottle, like Big Stick Bourbon and Oak & Eden. But for some of the most interesting Oak Bills you can find (the only, really, given the trademark), check out this new release from Broken Barrel Whiskey Co. You can find their whiskey for sale at Flaviar.