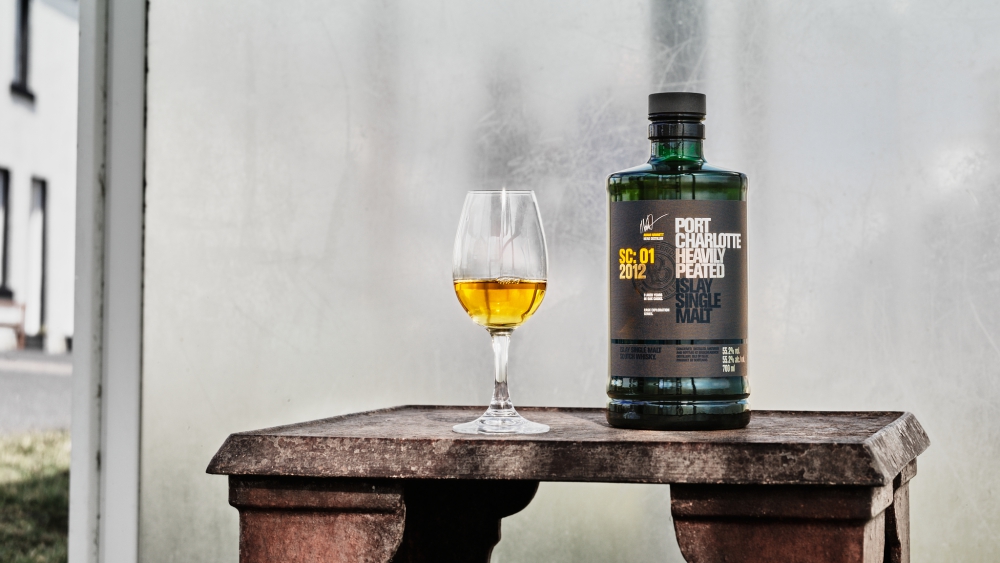 People tend to have strong opinions about smoky whisky—they either really love it or steer clear. But this new Bruichladdich single malt is a heavily peated dram that will appeal even to those who think they don’t like campfire-level whisky.

It’s right there in the name: the Port Charlotte Heavily Peated lineup from Bruichladdich consists of some seriously smoky whisky, even by Islay standards (the region of Scotland known for its peaty single malts). The 10-year-old expression is the foundation of this series, but there’s also the more experimental Cask Exploration lineup. The newest entry is called SC:01 2012, which requires some explaining. This limited release was made from 100 percent Islay grown barley, the first time this has been done in this particular whisky series. It’s a 2012 vintage that was aged for nine years, and has a phenol level of 40 PPM—this is a measurement of the level of peat in the barley, and that number equals very smoky whisky, although nowhere close to the levels of the Bruichladdich Octomore series.

The resulting whisky is excellent, opening with notes of sweet vanilla, orange and a whiff of smoke on the nose that is almost subtle considering the PPM. The palate is full of cherry, caramel, spice, earthy leather, chocolate and, of course, smoke. There’s a hit of fresh raspberry in there as well, which is a pleasant surprise. Bruichladdich is all in on the concept of terroir, and that surely plays a part here. But the key step in the process seems to be the carefully thought out maturation process, in which nothing is left to chance. So even if you avoid bottles of Laphroaig, Ardbeg and Lagavulin like the plague, this new Bruichladdich whisky might just win you over.