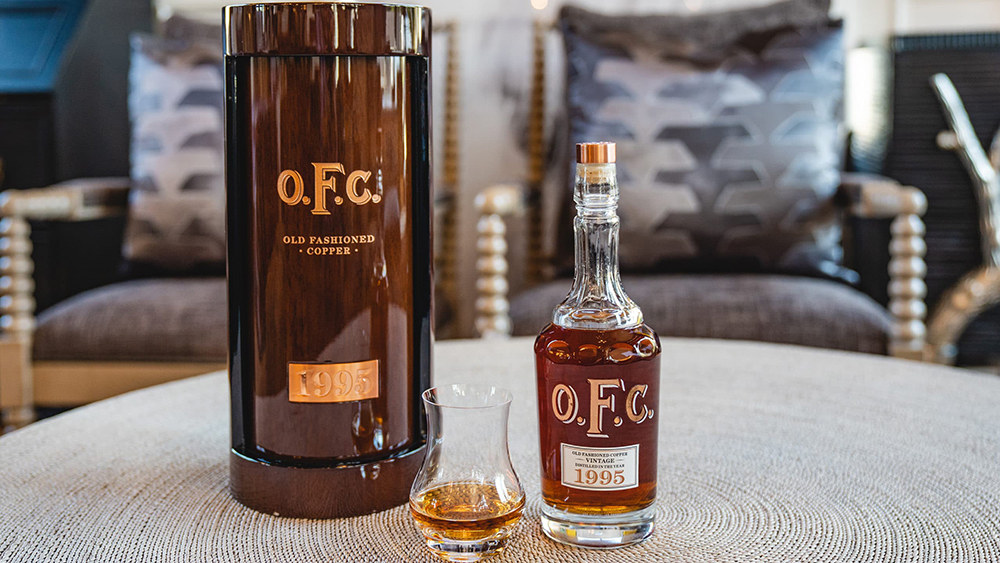 The year was 1995. Amazon sold its first book, eBay popped up on the world wide web, and Buffalo Trace tucked away some prized bourbon. The spirit has been quietly maturing for a quarter of a century, gaining greater complexity, and is, at last, ready for the whisky connoisseurs of 2020.

The 25-year-old will be the fifth member of Buffalo Trace’s collectible O.F.C. Vintage line. First distilled in 1995, the expression has been bottled at the label’s standard 90 proof and will hit stores next month. It will be limited to just 1,500 bottles, which are each priced at $2,500 a pop.

Sippers can expect cherry cordial on the nose followed by caramel and smoked oak, according to the distillery’s tasting notes. It also reports flavors of dark chocolate, tobacco leaves and dates found on the palate, while the lingering finish is characterized by leather, black pepper and cinnamon.

Like its predecessors, the 1995 Vintage comes in an elegant, hand-cut crystal decanter with inlaid copper lettering. The bottle is housed inside a wooden display case, along with a provenance card that notes the milestones of 1995 to give the rare tipple a little context. All hail the ‘90s.

All of the O.F.C. expressions are named after Buffalo Trace’s Kentucky distillery, which was originally christened the Old Fashioned Copper (O.F.C.) in 1870. The storied National Historic Landmark was one of the most state-of-the-art distilleries of its era and continues to produce top-shelf bourbon under the Buffalo Trace name. Each release in the O.F.C. series showcases the oldest and best barrels of yesteryear and are especially coveted among collectors.

In fact, while this is the fifth O.F.C. Vintage release, it’s only the fourth that’s been offered for public sale. In 2016, Buffalo Trace gave three vintage-dated bourbons from ‘80, ‘82 and ‘83 to non-profit organizations at no charge to raise money for their causes. The bottles were auctioned for charity and raised close to $1.2 million.

You should have a slightly easier time getting your paws on the 1995 Vintage, which will be available in select retailers from December.