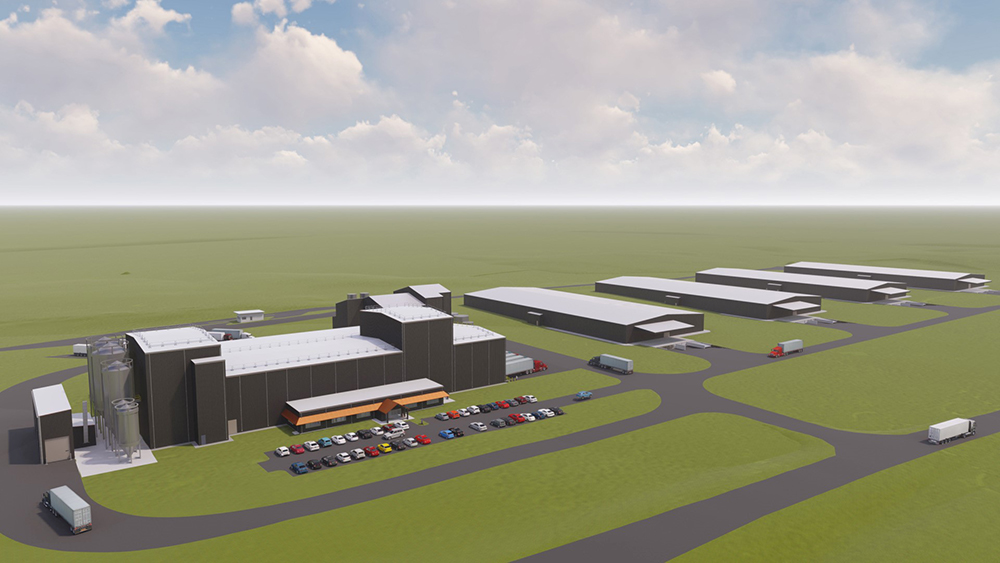 Kentucky has its fair share of top-shelf distilleries, but spirits purveyor Diageo has a plan to stand out from the pack—and do something good for the world in the process. Its newest 72,000-square-foot site will not only one of the largest distilleries in North America but also one of the greenest.

The new distillery, which is currently under construction in Lebanon, KY, will be powered by 100 percent renewable electricity and churn out up to 10 million gallons of whisky per year. While it will have the capability to distill a variety of bourbon and American whiskey brands, Bulleit will be the first and lead brand to be produced.

To achieve carbon neutrality at the distillery, Diageo has opted for electrode boilers which are quieter, cleaner and produce far less emissions than their fossil-fuel counterparts. All of the steam used onsite—for the cooking, distillation and drying processes—will be generated by these boilers, which are powered by renewable electricity.

A rendering of the electrode boilers.  Diageo

Energy efficiency has also been embedded into the distillery design. The roof will be lowered to minimize the heat and cooling needs, while the exterior lighting will be solar-powered and the interior will be lit by LEDs. Once operational, the site will send zero waste to landfill and employ industry-leading water minimization processes. On top of that, all vehicles operated onsite, including trucks and forklifts, will be electric and charged with renewable energy.

“This groundbreaking undertaking to electrify our operations and then power them with renewable electricity will result in one of the largest carbon-neutral distilleries in North America,” said Perry Jones, president of Diageo North America.

The sustainable touches will even extend to the customer-facing side. In Bulleit’s Shelbyville distillery, for example, single-use plastics have been eliminated from the tasting bar and the cocktail garnishes are grown in the distillery’s on-site organic garden. This green approach saw the distillery recognized as one of the most sustainable sites at Whisky Magazine‘s 2020 Icons of Whisky American Awards.

If all goes to plan, the Lebanon distillery will effectively eliminate more than 117,000 metric tons of carbon emissions each year. To put that into perspective, that’s the equivalent of taking more than 25,000 cars off the road for an entire year. Now that’s worth raising a glass to.