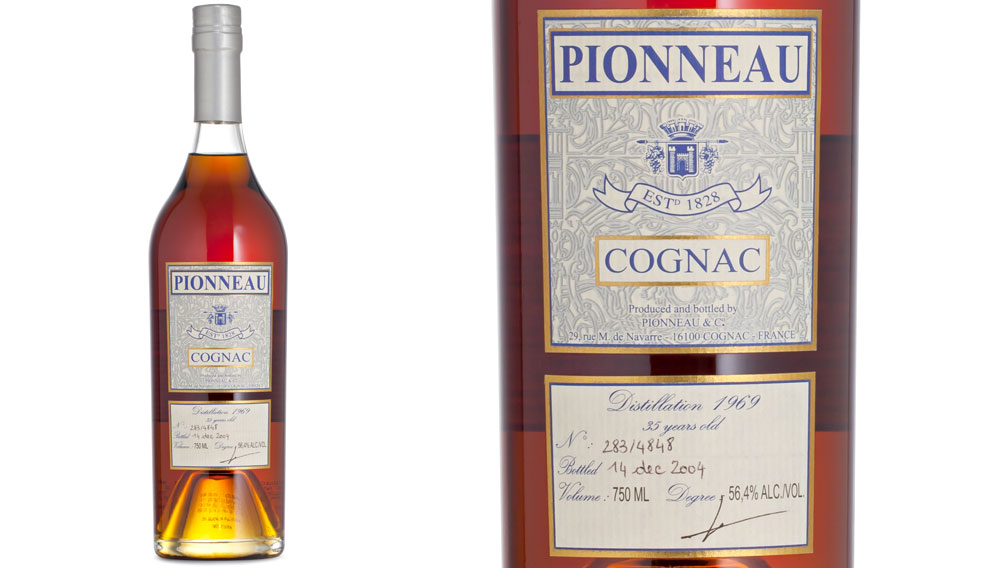 Ever since 1989, when the French relaxed their laws prohibiting vintage-dated Cognacs, this relatively new category has remained seemingly unexplored. But Camus—the last major family-owned Cognac house and the fifth largest Cognac producer in the world—has been quietly offering its library of vintage eaux-de-vie. Bottled straight from the cask, unblended and without chill filtering, the Cognac is offered in a limited, numbered series, including the Pionneau 1969 Vintage Camus, plus 1964, 1970, 1971, 1974, 1980, 1988, and 1989 vintages. The flagship, the Pionneau 1969, marked the year Michel Camus entered into a partnership with Jacques Pionneau, and promised to produce only the finest Cognacs. Originally pot-distilled with a wood fire for heat, a single sip brings forth apples, cedar, bananas, and marshmallows from this testament to an older method of distillation. ($280–$1,250)